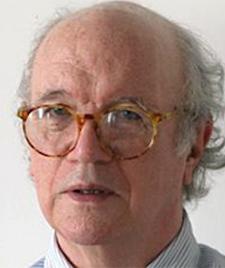 I don’t know. I have been trying to force myself to seriously consider whether Trump is much smarter than the ignoramus he plays on TV. But I’m turning into such an Edsall fanboy that I want to say that many political writers are writing about checkers while Edsall is explaining chess.

Edsall’s column runs once a week, only in the online Times, generally appearing late Wednesday night. If you want to bookmark him this link will get you the fresh one as soon as it runs and access to his past pieces, almost every one of which is a chess lesson.

Part of the deal is that he extracts political analysis from leading political scientists and smart, experienced political players and quotes their email exchanges at length. Although he has taught at the college level, his background as a national political reporter helps him make the translation for smart non-academic readers.

But enough of a commercial for Edsall. On to the latest column, which explores the ongoing discussion about how much of Trump’s appeal is (or isn’t) about race. If your immediate reaction is to say “of course it is” or “no it isn’t,” get ready for a writer (Edsall) who isn’t afraid of complexity.

In an email exchange with Edsall, Political Scientist Ashley Jardina of Duke opines:

It’s clear that the Democrats have lost many whites because of whites’ attitudes about race. We can see that over time, whites’ racial attitudes have become increasingly linked to their party identity, with more racially conservative whites identifying more with the Republican Party.

Unfortunately, changing hearts and minds when it comes to racial attitudes is no easy task. What is more, there’s growing evidence that some of the previously effective tactics Democrats have used to call out Republican politicians for race-baiting no longer work especially well. If Republican political candidates continue to stoke racial attitudes and anti-immigrant sentiment, there’s reason to think they’ll continue to be politically effective, and it’s not entirely clear what Democrats can do to inoculate themselves against this strategy in the near term.

Not that you haven’t heard that before, but it launches a discussion, with Edsall drawing on many other experts, of how Trump pulled that off, and what Democrats might do differently in the future. For example, the next expert up, pollster Cornell Belcher, who worked for Barack Obama, emails Edsall a challenge to Jardina’s premise, suggesting that Hilary Clinton didn’t need to win over more working class whites, if she had held onto all the groups that voted for Obama:

“Younger voters, particularly younger voters of color” were segments of the electorate in which Hillary Clinton got significantly less support than Obama did, wrote Belcher to Edsall. Many millennials who didn’t vote, or voted for third party candidates as a “protest vote,” could have put Clinton over the top in the key swing states.

Of course it’s true, Belcher acknowledges, that Trump’s not-so-subliminally racist appeal helped him with the white working class, but Democrats were clueless about how to appeal to them. He wrote:

We are playing checkers while Trump is playing chess. And he continues to do so as he focuses on things like Black N.F.L. players taking a knee. Until Democrats can inoculate against some of the heightened angst, most prominently found among blue collar whites, about the changing face of America, they will struggle to compete for white non-college voters.

Arthur Lupia, a political scientist at the University of Michigan issues a rebuke to liberals who think the problem with Trump supporters is that they are close-minded, or perhaps that they are the only ones who are:

Many liberal elites, who see right-leaning voters as blindly following the edicts of an unbending dogma on many issues, have little to no awareness of their own blind allegiance to an unbending dogma on many issues. This blind spot, which has only grown in recent years, makes the left exceptionally easy to troll. In other words, the left’s lack of awareness of the excesses of their own evolving dogma makes it increasingly easy for Breitbart, Fox News, and similar-minded others to portray liberals as hypocritical and out of touch with the day-to-day lives of many Americans.

Former Bill Clintonista Paul Begala told Edsall that you don’t have to be racist to get the impression that the liberal elite isn’t focused on the problems of working class whites, and managed to work in a Minnesota reference, thus:

White working-class Americans are ‘dying before their time,’ Begala wrote in an email, specifically citing the rise in alcoholism, cirrhosis, drug addiction, overdoses, suicide and poisoning:

If the life expectancy of, say, Somali immigrants in Minnesota suddenly took a dive, Democrats would be falling all over each other trying to ascertain the causes and advocate the cures. We owe white working-class Americans no less.

Begala stresses that Democrats must show respect for the culture of the white working class:

As a straight, white, married, gun-owning, church-going man, many of my hunting buddies feel like Democrats have contempt for them.

Okay, I daren’t go any further or I will have stolen Edsall’s whole column, when I really wanted to turn more people onto him and reading his weekly piece which, according to me, is usually smart, brave, honest, different and, dare one say, probative.