Today is Columbus Day, in the states that still observe Columbus Day. (Minnesota does not.)

I remember when it was a noncontroversial celebration of the good ol’ USA and Christopher Columbus, who “discovered” it. And we got it off from school when I was a kid.

In 1992 (during my Strib days) the 500th anniversary of Columbus’ (sic) discovery (sic) of the USA (sic), I had time to read deeply in the literature debunking the incredibly racist and biased phantasmagorical version I had learned in childhood, and I’ve never been able to get the old feeling back. In fact, I view Columbus (sic) as pretty much a criminal (except that in those days there were no laws against what he did). I ransacked my files yesterday but couldn’t find a copy of my 1992 debunkeroo, so, from memory plus what’s readily Google-able, I’ll just mention:

The reason I keep putting “sic” around the name “Columbus” is that he never called himself Christopher Columbus, nor did anyone else. He went by Cristóbal Colón (which is the Spanish version of his name, and he sailed for Spain) although he was Italian (Cristoforo Colombo). And he wasn’t the first to know that the earth was round. And he never saw any part of the United States. And, upon making contact with the natives of what we now call “America” (although not North America), he enslaved them.

The first landfall in the “New World” (which was, of course, not new to the people living there) was an island in the Bahamas, where he was greeted by the native Arawak, who were excited and hospitable. From Columbus/Colón’s journal, he described the fateful meeting thus (taken from the list, “Top 5 atrocities committed by Christopher Columbus):”

“They (the Arawak natives) brought us parrots and balls of cotton and spears and many other things. … They willingly traded everything they owned. … They were well-built, with good bodies and handsome features …. They do not bear arms, and do not know them, for I showed them a sword, they took it by the edge and cut themselves out of ignorance. They have no iron. Their spears are made of cane. … They would make fine servants. … With fifty men we could subjugate them all and make them do whatever we want.” Columbus would add: “As soon as I arrived in the Indies, on the first Island which I found, I took some of the natives by force in order that they might learn and might give me information of whatever there is in these parts.”

Columbus made four crossings back and forth from Europe to the Americas. He set up some sort of colonies and ran them but had a hard time figuring out how to squeeze wealth out of them. Eventually he decided to force the natives to bring him gold (of which there wasn’t much in the places he visited). But this led to the worst atrocity I recall from my 1992 reading. You may want to try to find a way to admire Columbus, but you’ll have to get past this (also from the Top Five Atrocities): 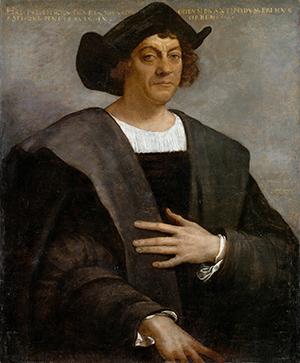 “Columbus and his crew believed there were gold fields in the province of Cicao on [what came to be called] Haiti. He and his men ordered all natives 14 years or older to collect a certain amount of gold every three months. Natives who didn’t collect enough gold had their hands cut off. But it was an impossible task. There was virtually no gold around; only a little dust in streams. Many natives fled and were consequently hunted down and killed by the Spaniards.”

I hope you can believe me that it gives me no pleasure nor schadenfreude to go over horrible stuff like this. And it’s not just about Columbus. It’s about crimes by the Europeans against the native populations of this hemisphere that we are somehow, still, asked by some to look at as excusable, or necessary or progress or something. And perhaps about humans’ ability to justify, morally, what is in their own interests and then treat it as glory.

I do notice that we don’t make nearly as big a deal about Columbus Day as we did when I was a kid, and the kids mostly don’t get it off from school. It is not a national holiday and how it is acknowledged is on a state-by-by-state and even city-by-city basis.  This map breaks it down. Some states still call it Columbus Day. Some now call it “Indigenous Peoples’ Day. As I mentioned at the top, Minnesota is among those that do not observe it statewide, but Minneapolis, St. Paul and Grand Rapids recognize it as “Indigenous Peoples’ Day.”