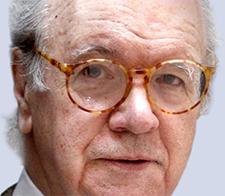 Over recent history, Democratic presidential candidates have most often carried the women’s vote. Republicans have had more success among men. Under Donald Trump, that gender gap may be widening into more of a gender chasm.

I take no credit for that phrase, because I stole it from the latest piece by the great New York Times columnist Tom Edsall: “What happens if the gender gap becomes a gender chasm.”

Edsall analyzes some eye-catching new numbers suggesting that the gender gap may be widening and in a way that possibly advantages Democrats. Why? Well voters come mainly in either of two genders, and, heading toward the 2020 elections, some polls suggest that the Dems’ advantage among women is quite a bit larger than the Repubs’ advantage among men.

According to Edsall, a recent Quinnipiac Poll published in early July, testing partisan preference heading toward those midterms, suggested that in votes for U.S. House races women planned to vote for Democrats by a staggering 58-33 margin, while men intended to vote for Republican House candidates by 50-42.

Put them together, it adds up to a breathtaking 33-point gender gap (a 25-point pro-Dem gap among women and an eight-point pro-GOP gap among men.) I suppose there are a million ways that that won’t turn into a blue wave. For starters, those national numbers are spread across 435 House races, each with their own characteristics. But the big trend augurs well for Dems to make large gains (just don’t take that augury to the bank).

Those numbers are across all races. Trump actually won in 2016 among white women, but the Quinnipiac poll says Democrats currently hold a substantial 52-38 percent lead among white women at the moment.

Another poll, by the Washington Post-Schar School, conducted June 27-July 2 found that men of all races approve of how Trump is handling the job by 54-45, while women of all races disapprove, 65-32, a 42-point difference.

(Think carefully here. Those 42 points don’t reflect the advantage of Democrats over Republicans. They represent the current size of the gender gap, by adding Trump’s nine-point net approval among men to the 33-point net deficit among women in that poll.)

Naturally, that leads you want to think about the midterms, which is not crazy, but it’s way too soon to obsess on the horserace stuff. And Edsall doesn’t.

Instead, Edsall, who loves to turn to scholars for understanding, asked a psychology professor, Northwestern University’s Dan McAdams, for help in understanding this big gap:

“Trump personifies an approach to leadership that many men find deeply appealing. It is a primal appeal to social dominance. Everybody — men and women — knows that social status can be seized through physical power and threat; the strongest, biggest, and boldest may lord it over the rest of us. But boys and men have more direct experiences of this kind of thing growing up — on the playground, for example, in gym class, in the military, and in various other socialization venues wherein male strength and bravura are praised and deeply prized, even as they also evoke fear and submission.”

McAdams cited the comments of the primatologist Jane Goodall, who compared Trump’s behavior to that of a chimpanzee.

“In many ways the performances of Donald Trump remind me of male chimpanzees and their dominance rituals,” Goodall told James Fallows, a writer for The Atlantic in 2016.

“In order to impress rivals, males seeking to rise in the dominance hierarchy perform spectacular displays: stamping, slapping the ground, dragging branches, throwing rocks. The more vigorous and imaginative the display, the faster the individual is likely to rise in the hierarchy, and the longer he is likely to maintain that position.”

Believe it or not, and I thought it was as brilliant as it was unexpected, Edsall eschews further poll data and stays on the apes and chimps angle for much of the rest of the column, which leads him to quote a biologist from USC, (Christopher Boehm) who compares the appeal of Trump to his followers to the appeal of an alpha among the Gombe chimpanzees of Tanzania to his followers.

Boehm explains that the alpha male chimp of that group (Goblin, if you must know) established his leadership by “threaten[ing] or attack[ing] rivals who looked like they might challenge him, often acting sharply and pre-emptively. Similarly, Trump knows who and when to attack to maximize intimidation. In an attack, the male chimp’s long black hair stands on end as he charges at his rival, which may either race up a tree screaming or stand and fight. Trump’s competitors have mostly been racing up trees.”