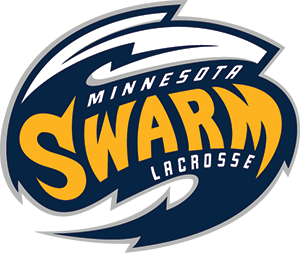 On October 25, 2004, sports fans and lacrosse enthusiasts in the Twin Cities were introduced to the Minnesota Swarm. The Minnesota Swarm name and logo development sought to build a connection to Minnesota sports fans by tapping into the adrenaline-fueled nature of this high-scoring sport, while at the same time recognizing that it would be an edgy new addition to the local sports scene. After sifting through hundreds of names, and getting fan feedback via the Internet, there was one that quickly rose to the top — The Minnesota Swarm — incorporating the idea of coming together in an ultra-energetic way. In 2008, a new chapter in Swarm lacrosse began as the team’s original owners, the Minnesota Sports & Entertainment (MSE), sold the franchise to John J. Arlotta and Andy Arlotta.