See “Tales From Hollywood” with MinnPost and get a $49 Area Two seat for a great price. Pre-show cash bar/meet & greet at Sea Change. 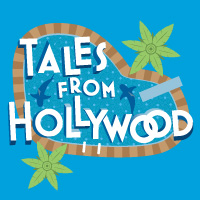 Where did German writers and other artists go when they escaped the rise of the Third Reich? To Hollywood, of course. Playwright Christopher Hampton mines the oddness of German intellectuals in Tinseltown for both humor and humanity: writers who barely speak English being asked to write a sequel to “Bedtime for Bonzo,” émigrés struggling with their new home and all that California sunshine, exiles trying to forget old demons and reconcile choices they’ve made in the past. Featuring a large ensemble cast, “Tales From Hollywood” is Hampton’s favorite play and often considered his best. Winner of the Evening Standard Award for Best Comedy.

MinnPost Night at the Guthrie: Tales From Hollywood