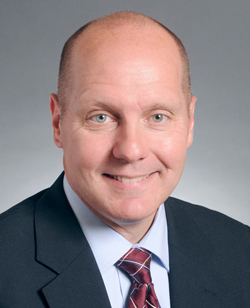 GOP Sens. Dave Thompson and Dave Hann are not giving up on the so-called “right to work” bill. The AP reports: “A group of Republican state senators say they want the full Senate to vote on a constitutional amendment that would make union membership voluntary in Minnesota, despite signs the bill is stalled at the Capitol. Sen. Dave Thompson and colleagues held a Capitol news conference Tuesday. Thompson’s fellow Republicans control the Senate and will determine whether the bill moves to the floor, but Senate Majority Leader Dave Senjem said at the end of last week that it currently lacks the support to pass. Sen. David Hann says the only way to know that for sure is to send it to the Senate floor.”

Briana Bierschbach at Politics in Minnesota says: “The bill has been a flash point not only between DFLers, unions and Republicans, but within the Republican caucuses themselves. Thompson recently used a so-called “nuclear” option on the floor to move the bill from its stalled position in the Jobs and Economic Growth Committee to the Judiciary Committee, where many suspected it would have enough Republican votes to pass. The amendment passed out of the committee last week, with GOP Assistant Majority Leader Bill Ingebrigtsen voting against the measure with all DFLers. GOP Sens. Ted Lillie, Roger Chamberlain, Gretchen Hoffman, Michelle Benson, Warren Limmer, Benjamin Kruse, Dan Hall, Scott Newman and Paul Gazelka joined Hann and Thompson, along with GOP House Republicans Steve Drazkowski, the chief author of the amendment, and Keith Downey. The bill has yet to get a hearing in the House Commerce and Regulatory Reform Committee, where it currently sits. Drazkowski also urged House leadership to move the bill.”

The House GOP is a long ways from Gov. Dayton’s target on a bonding bill. Don Davis’ Forum papers story says: “The GOP plan leaves out or drastically trims most city projects, such as civic centers in St. Cloud and Rochester. Among items not in the House bill is a $4.75 million request to build a wellness center in Wadena to replace facilities destroyed by a 2010 tornado. The proposal, to be heard in a House committee Wednesday, concentrates on fixing state facilities such as college and university buildings. It also funds $30 million in road and bridge improvements, more than Dayton suggested in his bonding proposal. … Senate Republicans have not released their bonding plans, but Senate Majority Leader Dave Senjem, R-Rochester, has said he expects the bill to be close to $500 million.”

Tom Scheck’s MPR story says: “House Republicans are putting forward a $280 million public works bill that focuses mostly on asset preservation at the state’s higher education institutions, correctional facilities and local road and bridge improvement. The proposal is less than half the size of what Gov. Dayton outlined in his bonding bill proposal. The House GOP is also moving a separate bonding bill that focuses on restoring the Capitol. The plan borrows $220 million. That bill is being heard on Tuesday. … House Republicans also dedicate $1 million in borrowing to the St. Cloud Civic Center (Dayton proposed $10 million), $2 million for the St. Paul Saints ballpark in St. Paul (Dayton proposed $27 million) and $2 million for the State Emergency Operations Center in Arden Hills (Dayton proposed $26 million). The House Capital Investment Committee will hold its first hearing on the bill on Wednesday. It may face stiff DFL opposition considering DFL House Minority Leader Paul Thissen characterized the proposal on Twitter as the ‘Tea Party Express strikes again.’ “

At the Post-Bulletin in Rochester, Mike Dougherty writes: “A scaled-down House GOP bonding bill proposal leaves out funding for Mayo Civic Center and the 65th Street interchange in Rochester, but a work force center relocation in Rochester would get $3.1 million in a plan released Monday night. … This year’s proposal is less than half of DFL Gov. Mark Dayton’s $775 million bonding proposal. The GOP seeks an overall $280 million public works bill focusing primarily on asset preservation at the state’s higher education institutions, correctional facilities and local road and bridge improvement.” 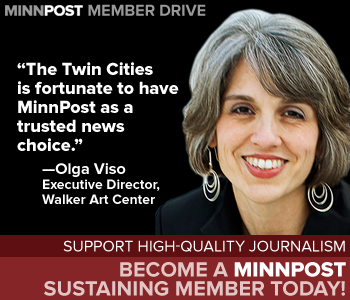 There’s something Darwinian about this … Doug Smith of the Strib says: “Winter in Minnesota ended a lot like it began: With trucks, ATVs and people falling through thin ice. Numerous vehicles and people have taken the plunge around the state recently as unseasonably warm temperatures have quickly thawed lake ice. ‘The number of vehicles that have gone through this season is unbelievable,’ said Kim Elverum, Department of Natural Resources boat and water safety administrator. ‘There’s nothing to compare it to in my 38 years on the job.’ At Norway Lake near Pine River, two trucks broke through ice over the weekend, and then a tow-truck that went out to retrieve the vehicles also went through the ice. No one was hurt. … At Lake Mille Lacs over the weekend, at least three people and ATVs went through ice. No one was seriously injured. And vehicles or ATVs went through ice in Aitkin County and near Perham and Fergus Falls.”

It was nice fun money while it lasted … The Strib’s Paul Walsh says: “A longtime clerk at a motor vehicle registration office in northern Minnesota has admitted to skimming tens of thousands of dollars in title fees over the past five years. Sheila Marie Jerry, 51, of Deer River, pleaded guilty to felony theft Monday in Itasca County District Court. Jerry provided $112,734.52 in restitution ahead of her sentencing on April 30, according to the county attorney’s office. According to the criminal complaint filed on Jan. 31: In late October, Jerry told Deer River City Clerk/Treasurer Victor Williams that she had been taking thousands of dollars from her till for several years.”

It’ll start up again at 10 a.m. Thursday. … Promise. … Really. … They hope. Dave Orrick of the PiPress says: “Reservations at Minnesota state parks will resume at 10 a.m. Thursday — for limited dates. The gradual re-start — described as ‘conservative’ by the Minnesota Department of Natural Resources — follows an embarrassing crash of a new reservation system within hours of its launch March 1. The system has remained down since, leading to a growing chorus of frustration by people trying to nail down summer vacation plans, especially at popular parks where campsites and cabins often fill well in advance of holiday weekends. The eight-day roll-out announced Tuesday by the DNR amounts to a rolling calendar of availability: first through late April, followed by late May and so on. It won’t be until April 2 that the full system will be up and running, with reservations being made for up to a year in advance.”

There was a Martian invasion movie that started like this … The AP reports: “Authorities are investigating a series of booming noises and vibrations that seemed to come from underground and that made some Clintonville homes shake Monday. Residents of the city 40 miles west of Green Bay reported hearing booms that sounded like distant thunder and that first made their homes vibrate about 1:45 a.m., then again at 5:30 a.m. and 7:15 a.m., City Administrator Lisa Kuss said. There were infrequent reports the rest of the morning with the last around 11:30 a.m., she said. ‘Nobody saw anything, it’s just what people hear and feel,’ Kuss said. About 150 calls were received between 1:45 a.m. and 11 a.m., the city said, but there were no more reports since about 1:30 p.m. Monday. There were no recorded earthquakes, and authorities found no gas in the sewers or problems with the city water pressure, she said. They also found nothing at an area landfill that might explain the rumbling, which seemed to come from underground, Kuss said.”

Not exactly a great opening night for The Brick. The Current’s Andrea Swensson writes: “A few hiccups were to be expected, of course, as the club opened its doors to the public for the first time, but The Brick’s opening night faced an overwhelmingly negative response from Jane’s Addiction fans who vented their discontent on Twitter and Facebook, loudly complained about their experience in the crowd, and demanded refunds from the ticket counter as they gave up entirely and left the show. But you know it’s bad when even the band starts bantering about the quality of the concert experience from stage. ‘You’re going to have a [bleeping]  riot on your hands,’ Jane’s Addiction lead singer Perry Farrell scoffed just three songs into his band’s 90-minute set at The Brick’s inaugural show. Farrell was distracted by a team of security that had been positioned on the balcony directly above stage left who were flickering flashlights and aggressively trying to usher concertgoers through a bottleneck in front of one of the venue’s only bathrooms, and continued commenting on the dissatisfaction of the crowd several times throughout the night. Issues started arising as soon as people arrived. A line snaked down 5th St. and around the corner onto 2nd Ave., at times stretching all the way to the Target Center as the venue funneled people one by one into the building. … Once inside, more problems were immediately obvious. Those who were on the main floor directly in front of the stage or in the first row of any of the balconies or behind any of the railings could see the stage, but everyone else was out of luck.” Restrooms? I know people stood for all four hours of a Grateful Dead show … without moving … because they couldn’t. You don’t want to know how they answered the call of nature.

An MPR commentary from Lakeville dentist Hani Hamdan says: “The newest major culprits behind cavities in the patients I see in my dental practice are sports drinks and the so-called ‘energy drinks,’ which are designed to provide an optimized concoction of stimulants not strong enough to be called cocaine, and loads of cavity-causing sugar. Naturally, the sugar part gives my hygienist and me the perfect opportunity to give you a lecture in the dental chair (we lecture nicely). But I also take issue with the idea that the solution to our fatigue and sleepiness at work is a liquid zap to our nervous systems. As study after study shows, what Americans need is more sleep and better sleep. High-efficiency stimulants seem to do the opposite of helping in that arena. … The long-term possible effects of sleep deprivation also include weight gain, heart disease, diabetes and depression. Adding an energy drink to this debacle doesn’t ring ‘solution’ to me, and it may well come with a set of withdrawal symptoms if you don’t get your caffeine fix for the day.”