It took about a split nano-second for the business punditocracy to jump from Best Buy CEO Brian Dunn’s not-all-that-surprising resignation to “The End of Retail as We Know It.” At Forbes, Eric Savitz writes: “In a weird press release, the company said in the second sentence that ‘there were no disagreements’ between Dunn and the company ‘on any matter relating to operations, financial controls, policies or procedures.’ But the retailer added that ‘there was mutual agreement that it was time for new leadership to address the challenges that face the company.’ Let’s do a little interpretation here.

At Reuters, Dhanya Skariachan writes: “The company, seen as a bellwether in the consumer electronics industry, reported declines in same-store sales in six of the past seven quarters, including during the 2010 holiday season, when it made a bad bet on technology like 3D television that consumers did not embrace. Despite offering bigger discounts and free shipping to lure shoppers in the 2011 holiday season, same-store sales fell 2.4 percent in the latest quarter, including a 2.2 percent decline at U.S. stores open at least 14 months. ‘I hate to be rude, but I think he (Dunn) was doing a terrible job. This is a company that had a sales guy in charge, and I just don’t think they are well positioned to deal with the onslaught from the Internet,’ said Michael Pachter, analyst at Wedbush Securities. ‘They have a big disadvantage to the Internet retailers because they have a big cost structure. So they need a guy who can fix that rather than trying to sell more stuff’. … ‘It’s been on his watch that the company has been late to address all industry upheavals, it’s been late in closing stores, and most importantly I think they’ve tossed money down the drain repurchasing shares under his watch too, cash that could have been stored on the balance sheet to address the future of increased online consumption of electronics,’ said Brian Sozzi, chief equities analyst at NBG Productions.”

At Yahoo, News Elizabeth Trotta reports: “Cost-cutting is a key part of Best Buy’s reinvention as it gropes for direction and tries to distinguish its future from the past peril of its former competitors CompUSA, which liquidated and changed ownership in 2007, and Circuit City, which met its end in 2009. ‘I think the departure is long overdue, and is natural to see following the sweeping business overhaul announced a couple of weeks ago,’ wrote Brian Sozzi, Chief Equities Analyst at NBG Productions. ‘It’s almost as if Dunn stayed on [to] post a largely disappointing holiday selling season to lay the foundational strategy for the interim CEO and leave his mark on the business for the longer term.’ Best Buy is pinning its hopes on a new model. It plans to open 100 U.S. Best Buy Mobile small format stores in fiscal 2013 and expects to have a total of 600 to 800 such stores by fiscal 2016. It’s testing what it refers to as Connected Stores, ‘remodeled big box stores that focus on connections, services and multi-channel experience through a total transformation of both the store and the operating environment.’ The operational strategy has been ‘way off the mark and late to address fundamental industry upheaval (price transparency in the palm of our hands, for one),’ writes Sozzi.” 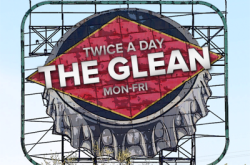 Also at Forbes, Panos Mourdoukoutas writes: “Best Buy and Yahoo are both in the news today. Best Buy for the resignation of its CEO Brian Dunn, and Yahoo for announcing a new organization structure. What is behind these leadership changes? Best Buy (NYSE:BBY) and Yahoo (NASDAQ:YHOO) are in totally different business. Best Buy is a retailer of consumer electronics, while Yahoo is a digital media company. But they do have one thing in common: They have been growing bigger, but in the wrong space. Best Buy has been growing bigger by opening up large stores where people would browse for new appliances and electronic gadgets but end up shopping elsewhere, on line … Worse, Best Buy and Yahoo did fail to achieve ‘economies of scale,’ the benefits associated with the large size. This can explain why both companies have failed to boost their top and bottom lines, disappointing their stockholders as both stocks have been heading south. The bottom line: Bigger isn’t necessary better, certainly not for stockholders, especially when growth is in the wrong direction.”

The New York Times story, by Stephanie Clifford says: “[I]ts Internet business has run into problems, too. Though domestic online sales grew 18 percent in fiscal 2012, Best Buy was unable to get some orders to consumers in time for Christmas, despite guaranteed Christmas delivery.
A recent study by Barclays also found that online, Best Buy’s prices were more than 4 percent more expensive than Amazon’s, and its shipping offers were not as compelling, despite Best Buy’s announcement it would make prices competitive. ‘We are not completely surprised by today’s announcement, given the difficulties that have plagued Best Buy for years — namely, a deteriorating product cycle, over-expansion both domestically and internationally, as well as intensifying e-commerce threats,’ Alan Rifkin, a Barclays Capital analyst, wrote in a note to clients.”

Tom Webb at the PiPress adds: “Dunn is only the third CEO Best Buy has had in its 46-year history, following founder Richard Schulze and his successor Brad Anderson. Dunn became CEO in June 2009. ‘Starting with Schulze, everyone has come from within,’ said David Brennan, a retailing specialist at the University of St. Thomas. ‘They probably need to have somebody coming in from the outside, who knows the industry but has the flexibility to make the kinds of changes that are necessary to reposition the company for surviving Internet retailing in the future.’ “

Maybe it was his performance in the Wisconsin primary … but Tom Scheck of MPR notes that Our Guy, Tim Pawlenty, has formally closed up his presidential campaign shop: “The former Republican governor announced in August that he was no longer running for president but it took him eight months to officially end his campaign. Pawlenty filed paperwork with the Federal Elections Commission this week indicating he erased his campaign debt and terminated his campaign committee.
Pawlenty incurred nearly a half a million dollars in debt last fall. Since leaving the race, Republican front-runner Mitt Romney has been helping Pawlenty whittle away at his obligations. By last month the amount was down to $17,500. ‘It was truly an honor to run for President of the United States,’ Pawlenty said in a statement.” Now, if only Mr. Romney will help “honor” the debt of the Michele Bachmann campaign …

The good news is that teen births have dropped almost everywhere. A story up on the PiPress site says: “Teen births fell again in the United States in 2010 with the highest rate once more in Mississippi, according to a new government report. Wisconsin’s rate was the 41st highest, and Minnesota’s was 43rd. Nearly every state saw a decline in teen births from 2007 to 2010, with the biggest drop in Arizona at 29 percent. The Centers for Disease Control and Prevention previously reported that U.S. births by mothers of all ages fell in 2010 for the third straight year. Experts think the economy is a factor. The rate for teenage moms reached its lowest point since record-keeping began in 1940.”

The bad news, as we read in a Minnesota Daily opinion piece by Dr. Naomi Duke, is that because of various factors — most ideological — emergency contraception for young girls to still too difficult to come by: “Right now, sexually active Minnesota teens remain at risk for an unplanned pregnancy in the current restrictive environment for access to emergency contraception. For many, the idea of teens being sexually active is a difficult reality to face, and the concept of providing access to EC seems counterintuitive. However, regardless of individual preferences, if we can agree that having a baby as a teen before developmentally ready is not the goal, then perhaps we can agree we should be doing everything we can to prevent its occurrence. Minnesota teens are having sex. According to Teenwise Minnesota, almost 20 percent of ninth graders and half of high school seniors are currently sexually active. … Teenwise Minnesota reports that three to four adolescents, 17 years of age and younger, gave birth each day in 2009. The National Campaign to Prevent Teen and Unplanned Pregnancy has broken down the costs of teen childbearing for Minnesota. According to their estimates, Minnesota spent $173 million related to teen childbearing in 2008. This included costs associated with the incarceration of the children of teen moms, lost tax revenue from declining earnings and spending of teen moms, public health care and child welfare.”

Also from Tom Webb of the PiPress, for those of you fortunate not to have been at the Twins home opener yesterday: “At Target Field, baseball fans are getting a look at new players — and one very large dog. Target Corp.’s mascot dog, Bullseye, now graces a 37-foot-tall sign affixed to Target Center, overlooking right field at the Minnesota Twins stadium. The lighted sign, installed in late March, features a wagging tail that is programmed to move at different speeds. ‘At future games, Twins fans will see Bullseye getting in on the game,’ Target spokesman Antoine LaFramboise said. ‘Bullseye’s tail will wag faster when the crowd gets louder. We don’t have any information to share on timing, but this is set to happen sometime this season.’ Last season, the same spot held a huge Sanford Health sign, which many fans disliked for intruding on the view of the Minneapolis skyline. The Twins were among the harshest critics, protesting the “disturbing” and intrusive sign. The ballclub seems to have warmer feelings about the big dog. … The dog is 37 feet tall and weighs more than 3,500 pounds. The sign lights up at night with LED lighting. Target officials hope the Bullseye sign will become a Minneapolis icon, like the historic signs for Grain Belt beer and Gold Medal Flour.” What does it mean when Bullseye sticks his tail between his legs?