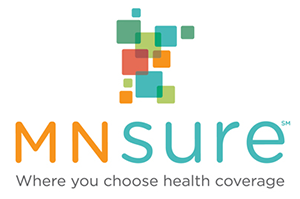 MNsure administrators are surprised by who is shopping for insurance. Catharine Richert of MPR says: “[I]nitial numbers from the state’s new online marketplace suggest that the site is attracting attention from people outside its target audience. Nearly two thirds of the nearly 49,000 people who have completed insurance applications through MNsure will not receive financial assistance. That’s because they don’t qualify for federal subsidies or didn’t bother to find out if they qualify for assistance. … Nationally insurers have canceled millions of plans or are making them more expensive because they fall short of the new minimum requirements. Some people will be paying more for their plans next year as a result. As the enrollment period comes to an end, [Kaiser Family Foundation VP Larry] Levitt said he expects more people who do qualify for subsidies will buy insurance through the exchanges.”

Simultaneously … whatever the reason, the trends are heading in the right direction … The Strib’s Jeremy Olson says: “Spending on doctors, drugs and other medical care in Minnesota grew a tiny 2 percent from 2010 to 2011, capping a three-year period that marked the slowest growth since the state started keeping track in the mid-1990s. The slowdown was so dramatic that it leaves the state in a position to pay back $50 million spent on money-saving health care reforms it created in 2008 — reforms that appear to have helped contain medical outlays. … it’s important to remember that, though the rate slowed, the spending trend is still up; Minnesota’s health care spending has doubled since 2000. ‘We’re celebrating that only it’s 2 percent (growth)’, [Stefan Gildemeister, state health economist] said, ‘and not 6 percent.’ ”

The AP says: “Minnesota officials announced a new loan fund Thursday that offers start-up businesses up to $250,000 in interest-free help. Gov. Mark Dayton and his top economic development official described the Angel Loan Fund, which was established using federal money but administered by state officials. It is a supplement to a similarly named tax credit that is meant to incentivize private investment in companies just getting off the ground. Entrepreneurs creating Minnesota-based businesses with fewer than 500 employees can tap into the $6.7 million loan fund to help with equipment purchases, construction and other needs.” So your idea for that Drive-Thru Snuggle Salon? Now’s the time to go for it.

The Strib wants … the truth! Randy Furst says: “A federal court will rule whether the FBI interview with a man accused of plotting to attack the Montevideo, Minn., police station should be made public. Buford Rogers was questioned by FBI agent Shane Bell on May 3 in Montevideo, immediately after his arrest. The FBI said it had been told by an informant that Rogers planned to destroy a radio tower in Montevideo, raid the National Guard armory and attack the police station. During a search of his parents’ residential trailer, agents found two Molotov cocktails, a containerized device wrapped in duct tape and a containerized explosive device wrapped in cloth, all with fuses attached. … Star Tribune attorney John Borger … renewed a request, turned down earlier in the case, asking that the admissible portions of the transcript and video of the interview be released.”

It was kind of a banner day in Duluth. Tom Olsen of the News Tribune reports: “A week after a U.S. District Court judge turned the keys to the Last Place on Earth building over to federal authorities, the U.S. Marshal Service took over its new property. Marshals were at the shuttered store [Thursday] afternoon, and ‘no trespassing’ signs are posted on the store’s front windows. Neon signs in the windows advertising urine cleaner, adult toys, tobacco and other products had been removed by late afternoon, as had a large ‘Free Jim Carlson’ banner that was draped over the building’s upper stories. The store’s distinctive ‘Last Place on Earth’ sign remained.” If they take that down, they might as well disassemble the Lift Bridge.

Not exactly a point of reference for the caterer … Jim Adams and Paul Levy of the Strib write: “The Minnesota Department of Health is investigating a foodborne illness that sickened at least 75 people who ate at a banquet for Totino Grace football players Sunday in Brooklyn Park. The banquet was attended by 273 people at the Edinburgh USA Golf Course clubhouse restaurant. Jeff Ferguson, football coach at the private Roman Catholic school in Fridley, said at least 41 adults and 34 students fell ill. ‘I think it was food poisoning. They got sick over a period of two days,’ he said. State health officials suspect that the illnesses were caused by norovirus because of the victims’ symptoms, which included vomiting and diarrhea.”

MPR’s Lorna Benson adds: “Norovirus, a gastrointestinal disease, spreads very easily through contaminated food, Health Department spokesman Doug Schultz said. The holidays mark its peak season. ‘It’s a fecal/oral disease,’ he said. ‘It basically comes from having fecal matter typically on your hands and then coming in contact with food and then people eat the food and they get sick.’. Schultz says if norovirus is confirmed, it was likely transmitted by an ill food service employee.” Just so you don’t go blaming the Hollandaise …

A bit of a delayed reaction … . Abby Simons of the Strib reports: “A bipartisan group of Minnesota lawmakers on Thursday requested information about a controversial law enforcement device that captures cellular phone data. [A] letter was sent in response to media reports and citizen concerns about equipment sold under brand names like ‘Kingfish’ or ‘Stingray,’ which mimics local phone towers to capture cellular phone data and location information on phones in a given area. The Minnesota Bureau of Criminal Apprehension currently has the technology, as does the Hennepin County Sheriff’s Office. Earlier this year, open government and privacy advocate Rich Neumeister requested information from the device from the agencies, which in part triggered the lawmakers’ action.”