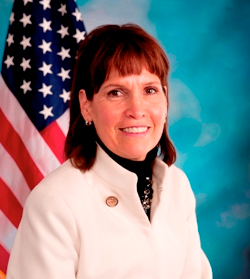 Congresswoman Betty McCollum (who is in the running to succeed the incumbent as Our Favorite Congresswoman) is telling colleagues to step up to agreements with American Indian tribes. Corey Mitchell of the Strib says: “In the wake of a year that saw across-the-board budget cuts known as the sequester ravage reservations, Congress must do more to meet its treaty obligations with Indian tribes, said U.S. Rep. Betty McCollum. In signing treaties with Indian nations in exchange for land, the federal government promised a wide array of services, including education and health care. Congress has not kept its end of the bargain, McCollum said Thursday.”

Speaking of … I should have linked to this Thursday, but I lost so much time trying to find exactly when President Obama declared himself “king.” For The Daily Caller, Alex Pappas reports: “Minnesota Rep. Michele Bachmann says House conservatives are preparing to sue President Barack Obama for executive overreach in response to his threats of unilateral action on a host of issues. ‘He’s the president of the United States — he’s not a king,’ the Republican lawmaker told reporters after Obama’s State of the Union address. ‘He may think he’s a king, he may declare himself king, but that’s not what he is under our Constitution.’ ”

First, our ruinously high taxes drive all our job-creating millionaires to South Dakota. Now this … Lindsey Seavert of KARE-TV reports: “Big Stone County, on Minnesota’s far western edge, is home to not a single stoplight. Here, the Botker family farm is more lonesome than ever. Mark and Maria Botker’s quest to gain medical marijuana to treat their daughter’s epilepsy has forced their family of five 800 miles apart. Next month, they will become front and center of a controversial debate over whether to legalize medical marijuana in Minnesota. Another Minnesota family from Brainerd moved to Colorado this month to gain the same access for their daughter, and two more families are already planning the move.”

Naturally, the likes of Wonkette weren’t about to let news of beer-delivering drones pass without comment. At the satirical site, DDM writes: “On the frozen lakes of Minnesota, apparently people like to fish in the dead of winter, which seems like a terrible idea but we have never been to the frozen land of Minnesota but hear that it is cold and with the invention of indoor heat, we question the sanity of people spending freezing days literally sitting on ice trying to catch fish which are probably more easily hooked at your local megamart. But if you are going to be crazy enough to fish in the dead of winter, beer seems like a wise thing to take your mind off the bitter cold.”

And just in case you thought we had Wisconsin beat on every front … Mike Ivey of The Capital Times in Madison writes: “Critics of Gov. Scott Walker have enjoyed noting how Minnesota, with its liberal Democratic Gov. Mark Dayton, has been outperforming Wisconsin on the economic front over the past three years. But there’s one area where Wisconsin, on paper at least, remains more progressive than its rival to the west: the minimum wage.” Plus, beer is cheaper over there, significantly lowering the cost of living.”

In the Austin Daily Herald, Trey Mewes tells readers: “Insurance rates are still higher in southeastern Minnesota than other parts of the state just a month into new insurance regulations under the Affordable Health Care Act, also known as Obamacare. Rates are higher in southeastern Minnesota because of a lack of health care options — Mayo Clinic and Mayo Clinic Health System dominate the health care field in the area. That has translated to hundreds of dollars more in health insurance costs for individuals each month compared to the Twin Cities area, which has greater competition among health insurance companies because of multiple health care options.”

Minnesota … the new Arizona. Jim Buchta of the Strib says: “Minnesota was a hot bed for house flipping last year, according to a new year-end survey by RealtyTrac. The report shows that 6.6 percent of all sales last year were flips, which grossed those flippers an average of $62,000. Nationwide, 4.6 percent of all sales were flips with a gross of $58,000. Minnesota was also one of several markets that posted the biggest declines in flipping … A flip, by the way, is defined as a single-family home that is bought and subsequently resold again within six months.”

Is your computer set for key word alerts, like … “invasive”? The AP says: “University of Minnesota researchers have confirmed a new invasive fruit fly in Minnesota. A single adult female known as the African fig fly was discovered in a bait trap in September. The trap was located in Hastings and was being used for annual monitoring of another invasive fruit fly, the spotted wing Drosophila. The university says the new fly specimen was officially identified this week by the U.S. Department of Agriculture.”

Also in the realm of “invasive” … Emily Welker of the Forum News Service says: “Last month, Mellaney Moore, a reporter for the Fargo-Moorhead TV station Valley News Live, entered three area elementary schools with a hidden camera. The idea was to test each school’s security — could anybody just waltz in and stroll down hallways crowded with children? … Authorities investigated the situation. Yesterday, the result of that effort was announced — instead of pursuing trespassing charges, authorities in Fargo and Moorhead agreed to a deal with Moore and Valley News Live where Moore won’t cover school stories for 90 days.” Now, every schoolkid is safer.