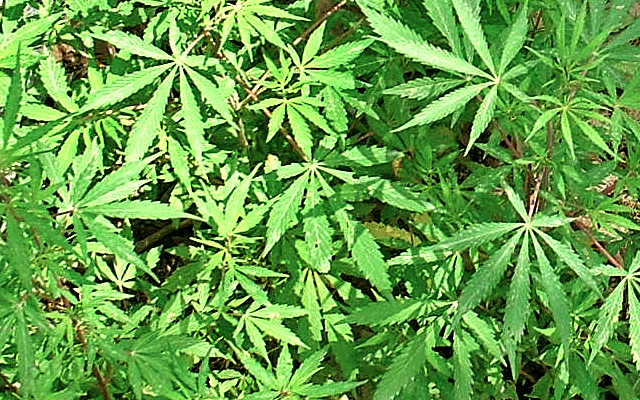 It’s roughly 3-to-1 in favor of medicinal pot. The latest KSTP-TV/SurveyUSA poll says, “Do you think Marijuana should or should not? be legal … when used for medical purposes? Asked of 600 Minnesotans. Of the group’s 543 registered voters, 68 percent said it should be legal, 24 percent said not.

Jake Laxen of the St. Cloud Times has a story on the UMD college student who survived a night outdoors in minus-17 weather. “Despite amputations up to the knuckles of the fingers on both hands and parts of both her feet, [Alyssa] Lommel is completing everyday tasks while living at her parents’ St. Cloud home. She plans to be living on her own again this fall in Duluth. … She walks normally and no longer needs to wear special boots that protected her skin-grafted heels. Thanks to tools designed for her, she can put on her own makeup and eat by herself. She even started showering by herself and has learned to text and use touch-screen computers on her own.”

Oh hey we’re altering another local stadium! In this case, TCF Bank Field, the Strib’s Rochelle Olson reports. Didn’t we just build that one??! Yeah, but they’re ripping up the artificial turf to install a “hydronic heated field” so the Domeless Vikings can play December and (stop laughing) January games there. 6.6 million smackeroonies for the retrofit.

With the Governor signing the minimum wage increase into law today, Susie Jones at WCCO-AM reports, “Cathy Muldoon, [a] managing partner at MJ Scott Search, a recruiting company, says some small business owners fear that it could affect their ability to offer merit pay increases to employees. ‘The employee who is doing fair to sub par is still going to get an increase, so what does that say to the employee who is going the extra mile,’ Muldoon said.”

Also from ‘CCO, Esme Murphy looks at the “new” Sixth District and wonders what Our Favorite Congresswoman will do next? “I asked [Michele Bachmann] when she appeared on WCCO Sunday Morning. ‘I am not going anywhere. I am going to continue to remain involved on the nation stage because the issues are so consequential and I will be involved in shaping the debate. I will be involved in a number of different areas, whether it’s individual campaigns or just speaking nationally. I intend to do a lot of speaking and I intend to be involved in media, as well’, she said.” This column, for one, remains grateful for all she says.

Likewise grateful … Wisconsin. The AP reports, “The lawyer for former state Majority Leader Bill Kramer says his client will plead not guilty to two counts of second-degree sexual assault. … Kramer is accused of groping a woman after a GOP fundraiser three years ago. She told investigators he tried to kiss her, groped her breasts and told her he wanted to have sex with her. Kramer acknowledged to investigators that he kissed her goodnight but denies groping her.” One woman’s “grope” is one guy’s “smooth move.”

Attention upscale hipsters … . Stribber Janet Moore reports, “After many fits and starts over the years, redevelopment of the Superior Plating property in northeast Minneapolis into a residential and retail enclave appears to be inching forward once again. Just a month ago, the project appeared to be on hold. The 5.4-acre swath of land along 1st Avenue NE — one of the few parcels left for development in the popular city neighborhood — was targeted for about 500 apartments and up to 35,000 square feet of shops and restaurants.”

Another piece on the old Hamm Brewery. This time, as aquaculture, Martin Moylan of MPR writes. “Most operations like it lose up to a quarter of the water they bring in. This one loses just 2 percent, said Fred Haberman, one of the backers of the company launching the effort, Urban Organics. ‘It’s all about water’, said Haberman. ‘The efficient use of water is what makes this work. This will be a key component of re-imagining a new agricultural system.’” Hey, Texas … how does $500 a barrel sound?

Kind of a mini-Mayo … . Bob Shaw at the PiPress says, “It started with a single hospital. And today, seven years later, Woodbury’s medical building zone is home to more than 25 clinics and medical businesses. The growth is so fast that the zone is overflowing, with plans for a new $6 million children’s clinic and $1.5 million general practice clinic in other parts of the city. The new projects will boost the number of medical businesses in Woodbury to more than 40 — which is making the city a magnet for patients and doctors alike.”

What doesn’t taste better with butter? Mike Hughlett of the Strib says, “Per capita U.S. butter consumption has hit highs not seen in about 40 years. The once-demonized fat is downright de rigueur in cooking circles, a star on celebrity chef shows. It has become a natural food darling. Butter owes much of its comeback to its simplicity. …‘There has been a complete resurgence of butter since at least 2008, and it really has everything to do with ‘real food,’  said Melissa Abbott, culinary insights director at the Hartman Group, a market researcher.” I’ll have a smear on my lunch donut and beer, please.