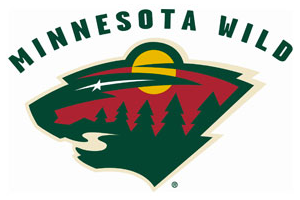 For the first time since 2009, a Minnesota pro sports team not named the Lynx actually beat another pro sports team in a playoff round. Congrats to the Minnesota Wild, 5-4 overtime winners over Colorado in Game 7. The Strib’s Mike Russo has the gamer. Columns from Tom Powers, Jim Souhan and most excellent loser lamentations from the Denver Post. Trust us, legal potsters, we know the feeling. It’s on to face the Blackhawks.

Speaking of pot … the Senate is taking a stand for it, and it isn’t making the cops happy. Patrick Condon of the Strib says, “Minnesota police officers, sheriffs and prosecutors pushed back hard Wednesday against legalizing marijuana for medical use, as a proposal to do just that picks up steam in the state Senate. … ‘It will end up in the hands of our children,’ said John Kingrey, executive director of the Minnesota County Attorneys Association. ‘It will result in more kids being arrested for possession of marijuana. We believe it sends the unintended message to our youth that marijuana is a safe substance.’”

At The Huffington Post Jon Sherman, an elections lawyer, looks at the quick turn-around here over online voter registration. “[I]t is to Secretary of State Mark Ritchie’s credit that Minnesota now has permanent online voter registration going forward. … More than 3,600 Minnesotans used the online system since September. The lesson here is that pushing the envelope in creating new opportunities to register and cast a ballot can drive change in the Legislature. Here, an administrative reform forced legislators to play catch-up and effectively ratify an instantly popular, forward-thinking reform.”

Speaking of voting, or registering to vote, or contriving ways to keep the wrong kind of people from voting … . Dee J. Hall of the Wisconsin State Journal reports, “Gov. Scott Walker and a top lawmaker said Wednesday they see little chance they could pass a voter ID law that would overcome Tuesday’s decision by a Milwaukee federal court judge overturning the requirement. Any new law would have to be approved by U.S. District Judge Lynn Adelman, who not only struck down the voter ID law but also enjoined the state from enacting any similar requirement, said John Ulin, an attorney who represented civil-rights groups and individuals challenging the law.”

Gov. Mark Dayton gave his State of the State speech late in the session this year; reviews are it was an opener for the 2014 campaign. MPR’s Tim Pugmire says he emphasized a bigger, $1.2 billion bonding bill the GOP again rejected. The Strib’s Baird Helgesen leads with more education and transportation spending. Quick: does anyone not paid to do so remember last year’s State of the State?

Will the Affordable Care Act actually cost Minnesota school districts $200 million, as Republicans now allege? MPR’s Catherine Richert says it’s not at all clear. The ACA does mandate employers provide not-quite-fulltime workers health care, and school systems have many such workers. Richert notes nine of 22 districts surveyed say ACA will cost them nothing, and there are strategies (such as hours reductions) that could mitigate costs. The latter is an ACA vulnerability the GOP has also focused on.

I suspect one of the little piggies on Capitol Hill … . The AP reports, “A group that’s fighting to stop Minnesota’s wolf hunt is howling mad after running afoul of the spam filter on the state House email system. Howling for Wolves founder Maureen Hackett said tens of thousands of emails sent via the group’s website to Minnesota House members were blocked since August, blunting the momentum they were trying to build for suspending the state’s wolf hunting and trapping season. Hackett said she’s firmly convinced it was a deliberate act.”

Bad for wolves … good for moose. The AP says, “Isle Royale National Park’s inbred gray wolf population remains dangerously low for a third consecutive year, while the moose on which they feed have doubled during the same period — trends that could lead to long-term problems for the Lake Superior archipelago’s ecosystems, scientists said Wednesday. … the moose population rose to about 1,050, according to a report by Peterson and co-director John Vucetich obtained by The Associated Press ahead of its scheduled release. That’s a sharp jump from the 515 counted in 2011.”

With as much plastic surgery and scripting as the others … ? Fargo News Service reports, “The cable television network Bravo has announced a reality show based on the city and the growing wealth of individuals cashing in on the oil boom. According to a news release, the city of Minot is the scene of a ‘modern day Gold Rush with individuals and families from all over the country flocking to this unexpectedly wealthy area for a chance to strike it rich and ask ‘Why Not, Minot?’“

They were ready for their close-up … . Says Jill Callison in the Sioux Falls Argus-Leader, “When Ryan Veldhuizen first was contacted about appearing in a film about farming, well, let’s just say he didn’t rush to return the call. Veldhuizen and his three siblings, the fourth generation to farm land north of Edgerton, Minn., figured it was some kind of scam. … the documentary ‘Farmland’ ‘takes an intimate look at the lives of American farmers and ranchers in their 20s, all of whom are now responsible for running their farming businesses.’”

The young lady has both a voice and soul … . KMSP-TV’s Lindsey LaBelle puts up Facebook video of Molly Kestner of Austin singing a song she also wrote. “Molly Kate Kestner, a senior at Austin High School, posted a song called ‘His Daughter’ about a girl who was abandoned by an alcoholic father.”