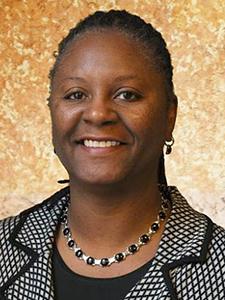 What if every company had this kind of oversight? Curtis Gilbert at MPR writes, “Minneapolis City Council President Barbara Johnson has inquired about the possibility of suspending Minneapolis Civil Rights Director Velma Korbel, in light of a speech Korbel gave last year to employees in her department. As MPR News first reported this week, Korbel warned that employees who complained about their jobs risked losing them. She also noted she and her senior managers ‘know a lot of people in the metro,’ and could make it difficult for the employees to further their careers.” That sort of thing always inspires loyalty and higher productivity.

I’m thinking this wasn’t just a case of the rent being a few days late …  Says Paul Walsh in the Strib, “A man was set on fire in a home in Andover and critically burned, and the victim’s landlord and roommate at the house was arrested many miles to the north within hours in St. Louis County, authorities said Wednesday. … Earlier Tuesday, deputies went to the home concerning a dispute between the two, but left once the parties agreed ‘to separate for the evening,’ the Sheriff’s Office added.”

What you do when you can deal with something later: Shannon Prather of the Strib reports, “The Brooklyn Park City Council has delayed taking a vote on a controversial county road project designed to make room for a proposed light-rail line, work that could require bulldozing more than two dozen homes. … [Mayor Jeff] Lunde, who earlier this year expressed support for the road and LRT projects, said that attending community meetings and getting dozens of calls and e-mails in recent weeks had persuaded him that more community discussion is needed.”

Yet another water rescue … this one with a touch of the bizarre. Again, from Paul Walsh: “Two college rowers and a pair of coaches pulled a woman Wednesday morning from a tangle of trees along the Mississippi River shoreline in Minneapolis and handed her over to emergency medical personnel. The woman, wearing only a T-shirt and underpants, was spotted by one of the coaches about 7:15 a.m. among trees south of the Lake Street Bridge. …” The woman was described as “suffering from a broken leg, effects of hypothermia and possibly broken ribs.” She “said ‘she went in near the Weisman Museum,’ [U Head Coach Wendy] Davis added. ‘That’s a good 3 miles upstream.’ ”

Also in weather … Gary Ellenbolt at South Dakota Public Broadcasting says the National Weather Service is not happy with The Weather Channel. “A Sioux Falls meteorologist says he’s not happy with The Weather Channel suggesting residents of Sioux City, Iowa evacuate the city as a tornado was approaching the community. Todd Heitkamp with the National Weather Service says in unpredictable weather — especially the threat of a tornado — leaving one’s home is not a good idea. … In an email response officials with the Weather Channel say the comment was directed at residents in mobile homes and not at all residents.  They regret any confusion.”

Seven inches of rain: The Mankato Free Press reports, “Flooding in and around Mankato has closed some city streets and area highways. Seven inches of rain late Tuesday and early Wednesday overwhelmed the city’s storm sewer system. … the Minnesota Department of Transportation says Highway 66 is also closed south of Mankato from Highway 169 to Blue Earth County Road 9 because of a mudslide. Highway 169 southbound between St. Peter and Mankato closed earlier because of flooding but has been opened.”

Today in “Stoking the Base,” via Eric Owens at the righty Daily Caller: “Members of a radical leftist group at the University of Minnesota have demanded that the school confess that it ‘exists as a product of’ colonial evil and must therefore ‘fundamentally’ restructure to conform to their organizing principles. … In addition, the unchartered group wants gender-neutral bathrooms in all campus buildings and a ‘meditation and healing’ room at all five branches of the University of Minnesota system. The activists delve into considerable detail discussing exactly how these healing rooms must be decorated.” Of course what’s really infuriating is the “radicals” don’t make a single demand for tax cuts for job creators.

Why some people never go outside … Brianna Jett of the Rochester Post-Bulletin tells readers, “As summer continues to heat up, southeastern Minnesota can expect to find an increase in ticks looking for a meal and occasionally leaving behind Lyme disease when they find one. This past winter’s heavy snowfall did nothing to kill the hibernating parasites. If anything, the snow helped insulate them from the cold. Now that the days are growing warmer, blacklegged ticks, commonly known as deer ticks, are coming out to feed.” If the black-legged ticks ever mate with the Asian carp … we’re toast.

From John Vomhof at the Business Journal, to WCCO-TV’s king of social media to MPR’s Bob Collins: “The U.S. Patent Office today canceled the trademark on the Redskins name. That only took about 20 years. Opponents figured out long ago that if the profit from the sale of Redskins merchandise could be bled away from the Redskins, then monetary considerations — if not morality — could force them to change the name. For that strategy, credit goes to Minneapolis lawyer Stephen Baird, who — while still in college — wrote a paper contending that the Redskins trademark is illegal because you can’t trademark something that disparages people.”