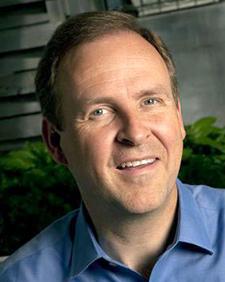 As long as he can write checks he’ll always be welcome. Nick Minrock of KBJR-TVd up in Duluth asks about Matt Entenza’s future. “Entenza spent more than $670,000 of his own money to wage an expensive and contentious battle. Many party officers criticized Entenza for running for State Auditor, claiming he was running to advance his political career. Entenza insisted that his reasons for running were altruistic. He said Minnesota needed a progressive activist in the State Auditor’s office. Wednesday morning DFL Chairman Ken Martin said after this race, Entenza likely has no political future in the Democratic Party. Political science professor Alisa Von Hagel says it is possible that voters have not heard the last of Entenza.”

Doug Belden’s PiPress story on Entenza says, “[DFL Party Chairman Ken] Martin made his feelings plain in a post-primary news conference Wednesday. ‘It is personal,’ he said of his feelings toward Entenza, and he said he doubted the former House minority leader has a future in the party. ‘He really burned a lot of bridges,’ Martin said. Because of Entenza’s ‘blind ambition,’ the party had to spend money on a contested primary that it could have saved for the general election, Martin said.”

The sister of the suspect in that Arden Hills gas station shooting has had her say. Paul Walsh and James Walsh write, “The sister of Lyle ‘Ty’ Hoffman, the man the Ramsey County Sheriff’s Office calls a suspect in the case, said she fears that her brother may have taken his life. … Her brother, Dan, shot and killed himself in February 2012. Her son, Austin, hanged himself in February 2013. She said she hopes Ty isn’t next.”

St. Paul Public Schools’ iPad experiment is moving ahead, with warnings. Tim Post of MPR writes, “St. Paul is the largest district in the state to put a one-to-one iPad program in place, joining districts in Sartell, Minnetonka, Farmington, Lakeville, Osseo and Virginia. Many more of the state’s districts are using the devices on a limited basis in certain classes or grades. In St. Paul, nearly 40,000 students will receive their own iPads over the next two years. Funding for the program comes from a $9 million-a-year school technology levy that taxpayers approved in 2012. But some mobile learning experts say the district is moving too fast — before officials can determine which applications to download.”

Coming soon to a trendy spa near you: Dawn Mitchell of KMSP-TV reports on the upgrade from mere ice baths. “Athletes from Vikings and Timberwolves are now getting their cold therapy in the cryosauna, which [Branden] Johnsen described as ‘an ice bath on steroids.’ In fact, the Timberwolves players liked it so much, they bought their own machine — but Johnsen says quite a few Vikings players are still coming by. The cryosauna works by pumping vaporized liquid nitrogen through the machine for up to 3 minutes, although spot treatments — including facials — can be done with a wand. Even so, it can be a pretty chilly experience. ‘I’ll set the time at 2 minutes and 30 seconds, we’ll get down to -140 Celsius, which is 210 degrees below zero,’ Johnsen explained.” Pish, that’s a mild March Day around here.

Pesky otter. Andy Rathbun of the PiPress says, “After spending about an hour swimming with friends in Bone Lake near Luck, Wis., on Saturday, Rory Kliewer began to climb a ladder onto a dock when she suddenly felt something bite her backside and thigh. ‘I thought it was a northern pike,’ the 12-year-old Minneapolis girl said Wednesday. ‘I thought a fish was after me.’ As she threw the creature off of her, she realized that the animal was an otter — later estimated at 3 1/2 feet long and about 40 pounds.” Next? Reports of otters attacking livestock and a demand for an otter hunting season.

There’s been a sighting of the “maidens” guru: Pam Louwagie of the Strib says, “A fugitive Minnesota cult leader charged with sexually assaulting girls he called his ‘maidens’ was spotted Wednesday in western Washington state, authorities there said. A credible witness reported seeing Victor A. Barnard, 52, leaving a McDonald’s with a young woman in Raymond, Wash., a small fishing and logging town just inland from the Pacific Coast, authorities said.”

The Strib is anti-sludge. In an editorial, the paper argues, “Thanks to the federal 1972 Clean Water Act, rivers no longer start on fire and the Great Lakes aren’t at the tipping point of becoming the North American version of the Dead Sea. But as the phosphorus-induced Lake Erie algae bloom revealed, pollutants are still making their way downstream, with serious consequences for public health and aquatic life. That’s why a complex assignment recently completed by the Minnesota Pollution Control Agency (MPCA) merits public applause and support.”

Better just bring this kid to major leagues before he gets killed. Twins super-prospect Byron Buxton was promoted to Double A ball and promptly got himself carried off the field on a stretcher. Robert Reidell at RantSports says, “ … reports have stated that Buxton was taken off the field in an ambulance after colliding with a teammate in right center field during his first Double-A game with the New Britain Rock Cats. … this most recent injury creates the greatest concern to date. Buxton collided with teammate Mike Kvasnicka while tracking a fly ball. Kvasnicka was able to stand up, but Buxton was carted into an ambulance after not moving for 10 consecutive minutes.”

DFL chair says Entenza has ‘no future’ in party