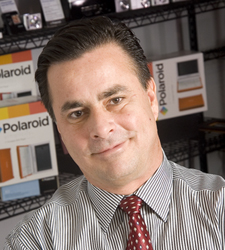 Yeah, $24 billion is a big number … . Says David Phelps, still covering the Tom Petters fraud for the Strib: “The latest eye-popping figure is $24 billion, as in a $24 billion lawsuit filed accusing then-M&I Bank of complicity in the $3.65 billion Ponzi scheme that operated under the watch of former Wayzata businessman Tom Petters. Filed by a bankruptcy trustee in Florida, the suit asserts that M&I, which was acquired by BMO Harris Bank in 2011, knew of the Petters fraud yet allowed millions and millions of dollars to routinely flow through bank … .” M&I executives were major supporters of Wisconsin Gov. Scott Walker.

They want face time with the mayor and the chief … . Libor Jany of the Strib reports, “A recent series of shooting deaths and injuries in Minneapolis is frightening and frustrating residents who want police and city officials to do more to curb what they call a wave of unchecked gang violence. … [Peter] Hayden and other community leaders gathered Tuesday afternoon and demanded a chance to talk with Mayor Betsey Hodges, saying police chief Janeé Harteau had ignored their requests. Hayden said she never responded to a letter he sent three months ago seeking a meeting.”

MPR’s Cathy Wurzer chatted a local analyst on Amazon’s local warehouse thinking. “ … said Gene Munster, a senior research analyst with Minneapolis based investment firm Piper Jaffray. ‘They have about 90 of those in the US. And ultimately having one closer to the [Twin] Cities is going to provide some additional services, like same-day delivery and potentially even groceries at some point. So that’s the catalyst for having this change in the tax code.’ Same-day delivery and groceries ‘are a big, critical part of how they’re going to get more out of your wallet. And same day delivery, it’s surprising how important that is for people when they think about e-commerce versus buying things locally, so that’s an advantage for Amazon,’ he said.” I want my six-pack of Keystone Light delivered by drone.

At Bloomberg, Zachary Mider looks at the Treasury Department’s new “inversion” rules and writes, “Medtronic Inc. (MDY:US), the Minnesota-based medical device maker that’s planning to take an Irish tax address, may become one of the biggest losers under rules announced by the Obama administration. … Medtronic has about $13.9 billion in cash and equivalents outside the U.S., the most among the eight companies with pending inversion deals. It plans to lend some of that money to its new Irish parent as part of the transaction, potentially exposing it to the anti-hopscotch rule.”

Never mind that old British guy at Target Field … Christina Vinson at Taste of Country (a country music website) says, “It’s been a long time coming, but Garth Brooks will soon return to Minnesota, revealing his first tour dates in the Land ‘O Lakes in over 16 years. And his fans will be thrilled to see him … don’tcha know? The North Star State will see the legend onstage when the Garth Brooks World Tour hits Minneapolis mid-November. Brooks has announced four concerts at the Target Center — which holds over 19,000 — taking place Friday, Nov. 14 at 6:30PM and 10:30PM and Saturday, Nov. 15 at the same times. Trisha Yearwood will also perform, making this a country event that Minnesota fans won’t want to miss … no matter how cold it is in November.” Now, if only I could name one song by either of them … .

Hey, not that anyone (other than the TV stations) is complaining … . The AP says, “Television viewers may not detect it, but Minnesota’s state-level races are generating far fewer ads this year than were aired four years ago. Candidates and independent groups ran almost 20,000 fewer television spots as of mid-September as they did at roughly the same point in 2010, according to an analysis by the nonpartisan Center for Public Integrity that was published Wednesday.”

Apparently he’s not going to making an indignant, righteous stand. Says Alejandra Matos of the Strib, “State Sen. Jeff Hayden abruptly quit the Community Action of Minneapolis board Tuesday, demanding that the embattled nonprofit’s longtime leader also resign. It was another day of growing turmoil for an organization that has been under fire after a state audit concluded that Bill Davis, who has been chief executive of the group that serves low-income Minneapolis for more than two decades, misspent more than $800,000 in taxpayer dollars. … Hayden and other Community Action board members are facing intense questions themselves for failing to oversee the spending of the organization. Some of them may also have benefited from the hundreds of thousands of dollars the audit said was spent on numerous trips, a celebrity cruise, spas, golf and other expenses.”

A few pages further on and the Strib editorial board has its say on the matter. “In addition to the budget issues, the state review questioned the effectiveness of the agency. The audit found that there had been an 85 percent to 96 percent drop in the number of participants who landed a job through a DHS-funded employment program. Regular and advisory board members during the time of the audit included U.S. Rep. Keith Ellison, D-Minneapolis; Minneapolis City Council President Barbara Johnson; former council member Robert Lilligren, and State Sen. Jeff Hayden, DFL-Minneapolis. Ellison, who resigned from the board Monday, said he had not attended any meetings and had appointed an alternate to serve on his behalf.”

Personally, the idea of the 400 Bar recreated in the Mall of America always seemed incongruous, at best. At MPR, Jon Collins writes, “An ambitious effort by a legendary Minneapolis rock club to move to the Mall of America appears to have failed. An eviction notice dated Tuesday was posted at the 400 Bar’s Mall of America space. The notice stated that an eviction hearing has been set for Sept. 30 at the Hennepin County Courthouse.” Better, I always thought, was a Stand Up Frank’s at The Galleria.

MSP International expansion: Tom Webb of the PiPress reports, “More gates, more parking ramps, better security lines and an on-site airport hotel are all on the drawing board for Minneapolis-St. Paul International Airport, an official said Tuesday. … An airport hotel: MSP officials are eager to build a hotel at the airport, which would cater to business travelers who jet in for short visits. … The leading option seems to be to the south and east of Concourse G, in the area near the post office. Another option would be near the existing parking ramps. The vision is for a high-end hotel.”