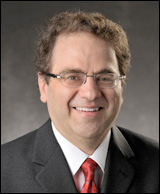 The local Federal Reserve chief voted against ending that controversial stimulus buying program. In the Strib Evan Ramstad says, “ … Narayana Kocherlakota said Friday that he voted against ending the Federal Reserve’s bond-buying stimulus earlier this week because he believes the central bank needs to attack low inflation just as it would high inflation. … Kocherlakota’s dissent wasn’t surprising. For weeks, he has spoken publicly about risks of low inflation, even deflation, and his worry that businesses, investors and consumers will begin to doubt the Fed’s belief in its benchmark. When inflation is low, and particularly when an economy slips into deflation, consumers and businesses tend to delay spending in the expectation of lower prices.”

You mean these people expect to be paid? Kim McGuire of the Strib says, “Renee Rushdy has seen Eden Prairie school support staff disappear from the classroom and her children’s class size increase because of money slashed from the district’s budget in recent years. … What has Rushdy and other parents anxious is school leaders’ pledge to cut another $10 million if Eden Prairie residents don’t vote Tuesday to renew and increase a portion of the school’s expiring operating levy. On the district’s chopping block if the levy is allowed to expire: block scheduling at the high school, gifted and talented programs for elementary students, teachers at every grade level, counselors and even some bus routes.”

More on Sunday’s game day protests by Matt Sepic at MPR: “In Minnesota, a state with more than 100,000 people of Native American ancestry, many say the term ‘Redskins’ is a racial slur that insults and trivializes their culture. Outraged that the D.C. team has refused to drop the name, Indian protest leaders plan the largest demonstration ever against it. … Native American groups have demonstrated at Washington games for years. But Goodthunder said Sunday’s protest will be much larger. Not only will there be students, but organizers say they’re expecting as many as 5,000 American Indians from across the country.”

Early voting is up 20–25% says the PiPress’s Frederick Melo, thanks to a push from various special interest groups. “On Thursday, the secretary of state’s office said 197,167 absentee ballots had been distributed to Minnesota voters and 125,358 had been returned and accepted by election officials. Immigrant and minority advocates are especially interested in mobilizing voters early because their communities are sometimes the hardest to get to the polls, especially when there’s no presidential race to galvanize interest.”

Two people not takin’ nuthin’ from The Man. Phil Pfuehler of the Forum News Service says, “A western Wisconsin couple have been charged with plotting to kill police and a judge in revenge for an early October search warrant and arrest at their River Falls home. Cheryl L. Kloss, 60, and her husband Kelly J. Kloss, 56, face numerous felonies, ranging from conspiracy to commit first-degree intentional homicide to conspiracy to commit battery or threat to a judge. Cheryl Kloss was found and arrested on the new charges Oct. 24 at the University of Wisconsin-River Falls, where she works as a residence hall custodian. Her husband was in jail at the time.” So, in other words, not hard to find.

Next time you talk to a Minneapolis cop be sure to comb your hair and pick the lettuce out of your teeth. Peter Cox at MPR says, “As Minneapolis police prepare to roll out a pilot body camera program next week, across the river in St. Paul, city leaders now say they may adopt the technology as well. … Next Friday, 36 police officers in Minneapolis will begin wearing the cameras in the field. Officers will be trying out two types of cameras, and are especially interested in testing how well they fare in winter weather.”

Ok, maybe you haven’t driven to Alexandria to shop. But people closer by are making the trip. Amy Chaffins of the Forum News Service says, “Regional residents and tourists are coming to Alexandria to shop, making it one of the top three statewide for its ‘pull factor’ for similar-sized cities. Alexandria’s taxable retail and service sales increased 12.7 percent between 2009 and 2012, reaching a total of about $324 million, making the central Minnesota city of 13,000 one of the top regional non-metro shopping hubs in the state and continuing the city’s retail boom. … The largest increase in sales was in the building materials category, which totaled about $63 million in 2012.”

Another day and another (semi-suspect) foodie list. This one “America’s 13 Best Food Cities” [under 800,000 population], courtesy of Saveur magazine and the Huffington Post. And hey, look who is among the Top 13! “Minneapolis is one of our favorite rising cities, with a booming social scene including live music, vintage shops and sports teams galore. It doesn’t hurt that it’s also home to the most whimsical pastries on Earth and some super-affordable restaurants. A local favorite is hot dish, an irresistible skillet dish with many renditions across the city.”

Maybe you too were wondering how the guy who fought off a 500-pound bear was doing. In the Strib Dennis Anderson says, “When the night finally went silent again, at about 2 a.m., and the bloodied bear had disappeared into the darkness, Brandon Johnson lay unmoving. This was in eastern Pine County, near Duxbury, and Johnson’s left arm was mangled and broken. His right arm and hand — the one that held the knife he had shoved into the bear’s mouth — was also broken. Leg. Midsection. Face. Head. Johnson bled from each. … Today, three surgeries later and more to come, Johnson remains in his own kind of quarantine, unable to use his left arm, unable to work … And wondering how he will pay his medical bills, including ongoing physical therapy.” It’s the American way.

The Timberwolves may not make The Finals this year, but they’re more interesting than this tale would lead you to think. KARE-TV was saying last night, “A University of Minnesota student found a creative way to advertise his unwanted ticket to the Timberwolves season opener Thursday night. Kirby Horgan, of Mound, posted the ticket and note on a telephone pole near the corner of 14th Ave. and 7th St. SE in Dinkytown. It reads, ‘Someone take this Timberwolves ticket that I didn’t feel like throwing in the garbage. 7pm vs. Detroit Pistons. Tonight. (Sorry that it isn’t a Wild ticket.)’ Afterward, Horgan said he found some humor in it, so he took a photo and posted it to Twitter and Reddit. The image went viral Thursday night, making the homepage of Reddit. Outlets such as Deadpsin and NBC Sports Network shared the image.”