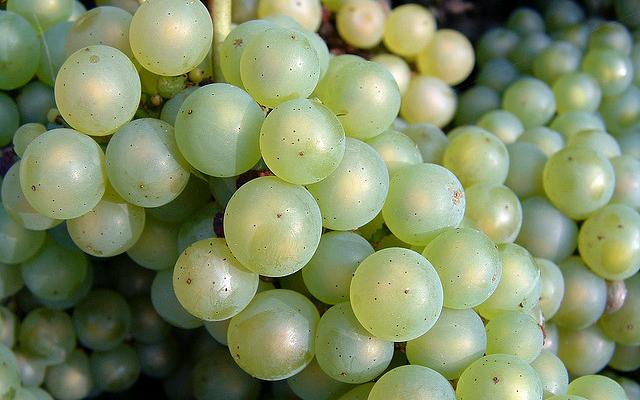 And now, #grapegate. Tuesday’s New York Times story deeming grape salad a Minnesota Thanksgiving tradition … or something … got local foodies’ ire up. At the Strib, Lee Svitak Dean writes, “Surprise turned to outrage and then mockery as Minnesotans took to social media, venting over the choice of a food most had never seen on a Thanksgiving table. Hashtags #embracethegrape and #grapegate took over Twitter. Soon, ‘grapes’ were trending in the Twin Cities. ‘What do you think, should we swap out the cherry for a traditional Minnesotan grape?’ tweeted the Walker Art Center about its iconic Spoonbridge and Cherry. ‘My favorite part of the holiday is pruning my family grape tree for our traditional grape hot dish,’ tweeted Kelsey Thaves, with a photo of a grapevine.”

At NPR, Linda Holmes writes, “I was not raised in Minnesota, but I earned my stripes there during 10 winters as a resident, scraping my windshield through a fog of existential despair. … I have never in my life heard of a ‘grape salad.’ Not at Thanksgiving, not at Christmas, not during a Vikings game, not during the Winter Carnival, not during the State Fair, and not during the greatest state holiday: the annual hockey tournament of the Minnesota State High School League. … I am aware that the Times says it got this recipe from a ‘Minnesota-born heiress’ (note that she’s not Minnesotan, but ‘Minnesota-born,’ which could very well mean she was born during a family’s brief layover at the Minneapolis-St. Paul airport, not an outlandish possibility since there is a lot of snow and we are a hub).”

The Gothamist adds, “The NY Times—a paper where trends often rise and fall on the word of one person—had just one source on this ‘grape salad’ thing: a Minnesota-born heiress, who told them ‘it was always part of the holiday buffet in her family.’ … Other Minnesotans have also reacted, including the paper’s own David Carr, who posted on Facebook, ‘Grape. Salad. Grape Salad! May a hail of tater tots mercilessly bury you. Where do I start the petition? I ask you fellow Minnesotans, grab your lanterns and pitchforks and let’s make them put those grapes, um, well, that wouldn’t be Minnesota nice, would it?’ Our guesstimate on how many rustic Brooklyn restaurants are currently adding Grape Salad to the menu: 7.” Apparently anything is better than talking the weather or politics.

Maybe with soccer we’ll really truly be major league? At the Strib, Mike Kaszuba says, “Representatives from Minnesota, Sacramento and Las Vegas will make presentations to MLS officials Thursday in New York in hopes of obtaining an expansion franchise. The three cities are vying to become the 24th Major League Soccer (MLS) franchise, and would begin play before the end of the decade, according to league officials.”

Despite the occasional well-publicized recidivist, MPR’s Brandt Williams says, “Minnesota’s DWI courts reduce repeat crimes and save taxpayers around $700,000 a year, according to a study released Wednesday. The study, conducted by a Portland, Oregon-based firm, looked at courts in nine counties created to reduce the number of repeat driving while intoxicated offenders by combining drug and alcohol treatment with the criminal justice system. Shannon Carey, executive vice president and research associate at NPC Research, said in eight of the nine courts, people who completed their court-ordered treatment programs were less likely to re-offend than people who didn’t finish them. Carey says most counties with DWI courts spent less on law enforcement and jail costs.”

He tried. Says Randy Furst in the Strib, “The Brooklyn Park civil engineer thought hard about the risks before he returned to Somalia last year to help repair the waterworks infrastructure of his war-torn country. On Monday the risks became real when he was murdered. … Family members, plus some Twin Cities Somali leaders, said the description of the shooting raised doubts that it was the work of Al-Shabab; they wondered if had to do with an attempted robbery, contract killing or some other explanation.”

Is there really much of a deterrence factor with these kinds of assaults? Rachel Stassen-Berger of the Strib reports, “Faced with a growing number of assaults against nurses and other medical providers by out-of-control patients, a proposal at the Legislature seeks to stiffen the penalties for such attacks. Rep. Joe Atkins, DFL-Inver Grove Heights, wants to increase prison sentences and fines to equal those who attack police officers.”

And yet another blow to the entrepreneurial spirit. Brian Bakst at the AP says, “A medical-device company lost out on a hefty Minnesota subsidy on Wednesday after the firm and its leader were criminally charged. The Department of Employment and Economic Development scrapped a potential $800,000 package tied to an expansion and hiring proposal put forth by Vascular Solutions. … Vascular Solutions and CEO Howard Root were federally indicted last week on charges of conspiring to sell a varicose-vein treatment device for unapproved medical uses.”

It’s impossible to think about spring … when winter hasn’t even started yet! But Tim Nelson at MPR writes, “When the $62 million [St. Paul Saints] stadium opens in May, the home of the city’s minor league baseball team will take a major step forward as an environmentally friendly sports facility. A canopy of photovoltaic solar panels next to the baseball field will generate 103 kilowatts of power for Minnesota’s newest sports complex, a 7,000-seat facility owned by the city of St. Paul. … That’s only about a tenth of the power needed to run the lights and meet the energy needs for the rest of the stadium.”

Not that its ever anything but a waste of time debating the climate-change-denying crowd, but MPR’s Paul Huttner has this to say about “the hoax” and that incredible snowfall in western New York. “So all that snow… in November is certainly proof that climate change is bunk, right? No way you get that kind of snow if the climate is actually warming? Not so fast. Yes, it sounds counter-intuitive. How can you have more snow, earlier in the season with a warming climate?

Minnesota to New York Times: We do not eat grape salad for Thanksgiving