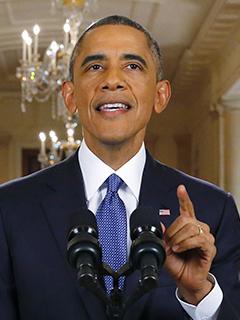 More reaction to the President’s speech on immigration: In the Strib, Mila Koumpilova writes, “Despite congressional gridlock on immigration, some in the state questioned the president’s decision to act alone. They worried about the possible effects on the state’s employment picture and public assistance programs in the long run. … Minnesota Rep. Steve Drazkowski, R-Mazeppa, [a] proponent of laws restricting illegal immigration, said he has heard from legal immigrants who fear that those who have broken immigration laws will ‘jump in line.’ Constituents worry about new competition for jobs and question Obama’s call to go it alone, he said.” The Draz will certainly support the GOP’s alternative bill … oh, wait.

At KARE-TV, Jana Shortal says, “The gauntlet hath been thrown and it isn’t something some of those who have wanted immigration reform are necessarily applauding, just yet. ‘It’s a mess and really the only way to fix it is legislation and so our position is we want a comprehensive bill and we would like Congress, the House and the Senate to do that, like yesterday,’ Minnesota Chamber of Commerce Interim President Bill Blazar said. Blazar says he and his staff have pushed for reform since 2007, not by executive order, but by a bill and he says that is what is best for Minnesota businesses.”

In Politico, a trio of reporters say, “By the time Obama went before the American people to unveil his plan in an Oval Office speech to the nation Thursday night, the White House and DHS had exchanged dozens of drafts and endured months of starts and stops, punctuated by a sharp electoral defeat for their fellow Democrats. … What really worried the White House was that opposition wasn’t limited to vulnerable moderates up for reelection in Republican-leaning states. Sen. Al Franken, a liberal from Minnesota, expressed concerns. Sen. Bill Nelson (D-Fla.), who wasn’t on the ballot, pointedly asked Obama to wait until after the election. And Sen. Angus King (I-Maine), who caucuses with Democrats, declared openly that it would be a ‘mistake’ for the president to do anything alone, ever.”

My apologies here. This one is a couple days old, but still relevant. At Mother Jones, Kevin Drum writes about the 2016 GOP presidential field. “I think Scott Walker is the frontrunner. He has a record of governance. His persona is generally adult. He doesn’t say crazy stuff. Relatively speaking, he’s attractive to moderates. But at the same time, the tea partiers love him too. The big strike against him, of course, is that he’s lousy on TV. He’s a terrible public speaker. And he’s just boring as hell. However, Ed Kilgore perfectly explains why this doesn’t make him another Tim Pawlenty or John Kasich … [Says Ed Kilgore], ‘But TPaw’s demise does point up one big difference between these two avatars of the Republican revival in the Upper Midwest: nobody suspects Scott Walker may be too nice for his party. He may be bland, and a bad orator, but his bad intent towards conservatism’s enemies is unmistakable. He’s sorta Death by Vanilla, or a great white shark; boring until he rips you apart. I think Republican elites get that, and it excites them. But how about voters?’” Which voters? Rural or urban?

Speaking of Wisconsin voters: Chris Hubbuch of the LaCrosse Tribune reports, “A naked man armed with a knife was taken into custody Thursday after a 2 1/2 -hour standoff in a La Crosse drugstore ended peacefully. The man walked into Walgreens at about 1 p.m. When police arrived, the suspect refused to obey orders and seemed despondent, said La Crosse Police Lt. Pat Hogan. The suspect, whose name was not released, barricaded himself in a back room. Customers and employees managed to escape; but one employee locked herself in a bathroom and was trapped inside as hostage negotiators talked with the suspect.”

This seems only fair. According to the AP, “U.S. Rep. Keith Ellison says the 700 Minnesota National Guard soldiers being deployed to West Africa to help stop the spread of the deadly Ebola disease deserve more than $5 a day extra in hardship pay. The Democratic congressman has written Secretary of Defense Chuck Hagel asking for an increase in hardship pay commensurate with the guard members’ sacrifice.”

Lights for Lake Phalen’s big Christmas show are still idling in a New York snowdrift. Joe Lindberg of the PiPress says, “Somewhere along an upstate New York interstate, two semi trucks full of holiday light displays bound for Lake Phalen are idly waiting for snow from one of the most prolific snow storms in history to clear. With interstates closed and the entire upstate region crippled, setup for Lake Phalen’s Holiday Lights in the Park scheduled for Friday has been delayed at least 36 hours — the lights were inbound from upstate New York, according to event officials.

Very cool. Jessie Perrine of the Brainerd Dispatch reports, “Campsites and artifacts from 2,000 years ago are being unearthed in Lake Shore. Several rare stone net weights have been found, along with ceramic pottery pieces, arrowheads, spear points, fire-cracked rocks and animal bones. It’s part of an archaeological study, which is a required first step before the 2017 Highway 77 reconstruction project through the town.”

It’s probably just me, but I think the producers have way over-milked the “Hunger Games” cow. In his review of the first half of the conclusion, (we think), Colin Covert at the Strib says, “ ‘Mockingjay’ is an extra-desolate chapter in the ongoing story, more a setup for 2015’s real finale than a complete chapter on its own. A minor work on a major scale, it moves its heroine Katniss Everdeen from the strong, brave, compassionate female superhero of the future into regular-person territory. … Her most outstanding sequence is the oddest, as she sings on camera a dark country ballad that becomes a theme for the revolution’s suicide commandos. But [Jennifer] Lawrence here lacks enough solid, life-or-death material to work with.” The one about young Abe Lincoln looks a lot more interesting.