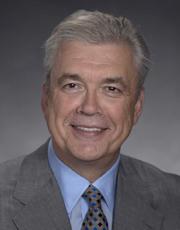 Mike Kaszuba of the Strib reports that Bill McGuire of UnitedHealth fame and massive fortune is mulling asking for a taxpayer handout for a soccer stadium. “In his first lengthy comments on his competition with the Vikings to bring Major League Soccer to Minnesota, Bill McGuire left open the possibility of seeking government help to build his own soccer stadium and cast doubt on whether he and the Wilf family would join together on a team. … McGuire said he supports a separate outdoor stadium — the Vikings want the team to play in their new $1 billion enclosed football stadium — but said no location had been chosen. ‘If we want to be serious about soccer in our community and our state, and want to play at the highest level, [we need a] facility that is built for the game and the fans of the game,’ he said.”

Speaking of entrepreneurs at the public trough, Kia Farhang at MPR writes, “Ramsey County prosecutors have charged four people with running a public benefits fraud scheme that bilked the state and investors out of more than $4 million. The charges, almost 100 in all, stem from a 27-month investigation into businesses run by a Yasmin Abdulle Ali and her husband Ahmed Aden Mohamed, of Fridley. With the help of two men who worked with them, Ali and Mohamed illegally collected nearly $3.7 million in state payments for personal care assistance and child care assistance, according to charges filed in Ramsey County District Court.”

Surely this must be an error. There was so much “job killing” talk not so long ago. Adam Belz of the Strib reports, “Minnesota employers added 6,600 jobs in November and October’s gains were adjusted upward slightly as the state posted its fourth straight month of above-average job gains. The state’s unemployment rate fell to 3.7 percent, its lowest level since May 2001, according to seasonally-adjusted figures released Thursday by the Minnesota Department of Employment and Economic Development.”

Meanwhile, Jeremy Olson of the Strib checks out the discrepancy in the cost of medical care. “Spending on medical care varies dramatically depending on the clinics that Minnesotans choose — from $269 to $826 per patient per month — according to a first-of-its-kind analysis designed to make patients wiser shoppers and doctors more accountable for the cost of care. The average patient cost $425 per month, but fully one in five of Minnesota’s clinics was substantially more expensive or substantially cheaper than average, according to the analysis by MN Community Measurement … .” Because, you know, a Buick sometimes costs four times as much 100 miles away.

Sort of related, Mark Zedechlik at MPR says Ucare isn’t happy with MNsure. “The state’s online insurance website, MNsure, has seen dramatic increases in public and private health plan enrollments over the past several days. But one insurance carrier, Ucare, is complaining that MNsure’s problems providing reliable information on consumers is placing the health plan at a competitive disadvantage. Joel Ulland, assistant director for legislative affairs for Ucare, told the MNsure board on Wednesday that his company has received no workable data from the exchange and cannot issue new policies.”

Good story by Lydia DiPillis in The Washington Post on a Minnesota rancher/farmer befriended by Fidel Castro. “For a few years there, it looked like Ralph Kaehler might have been able to make a go of it in Cuba, where he started trading long before President Obama’s announcement Wednesday that relations between the two countries were finally beginning to thaw. A lanky, weathered cattle farmer from St. Charles, Minn., whose family has been in the business for 130 years, Kaehler got interested in exporting to the communist nation back in 2002, when then-Gov. Jesse Ventura led a delegation of the state’s food producers to Havana. Kaehler brought what he called the ‘Cuban Ark’: Two beef cattle, two bison, two sheep, two pigs and two dairy cattle, all for breeding. … Castro took a liking to Kaehler’s two young tow-headed boys, and made them guests of honor at the following banquet, where they took in traditional Cuban music and dance.”

Really? 50%? Frank Jossi at Midwest Energy News writes, “A new report suggests Minnesota could supply more than 50 percent of its power needs through renewable energy by 2030 while creating more jobs and meeting federal carbon targets. The Wind Energy Foundation’s ‘Powering Up Minnesota: A Report on The Benefits of Renewable Electricity Development’ offers a scenario in which Minnesota could produce 6,884 megawatts (MW) of renewable electricity under a more aggressive high growth scenario.”

Start queueing now. The AP says, “Visitors to the Apostle Islands ice caves will have to pay a $5 fee this winter. The National Park Service will charge the fee for visitors ages 16 and older, assuming the caves form again this winter. A $10 season pass will also be available. Apostle Islands National Lakeshore Superintendent Bob Krumenaker tells Wisconsin Public Radio the fee will pay for increased staffing, portable toilets and medical needs. He says 138,000 people came from all over the world to see the ice caves on Lake Superior last winter. The park service spent more than $450,000 dealing with the visitors.” Maybe they could build an Applebee’s on the lake in front of the caves, so people see the caves without getting hungry or cold?

Most of us out here in frozen flyover land get more sleep than the nightcrawlers of Manhattan and Vegas, but not that much more. At The Huffington Post Carolyn Gregoire writes, “New Yorkers are night owls and Hawaiians are early to bed — at least according to recent data findings that look at bed times and hours of sleep per night across every county in the U.S. Different U.S. cities and counties vary greatly when it comes to bedtimes and hours of sleep per night, according to recent Jawbone data tracking the sleep patterns of thousands of users of its UP device. The county that stays up the latest is Brooklyn, New York (Kings Country), with an average bedtime of 12:07 a.m., while the earliest to bed counties are Maui and Kauai in Hawaii, hitting the hay at 10:31 and 10:33, respectively.’ the interactive map puts Hennepin County at an average 11:22 bedtime … and Ramsey County a minute later. Hmm.