This will be a document dump. MPR’s Riham Feshir says, “A Ramsey County judge has ordered Catholic officials in New Ulm and Duluth and the religious order Missionary Oblates of Mary Immaculate to release all documents pertaining to alleged clergy sex abuse dating as far back as 1949. … ‘These are documents that have been held and divulged to the Diocese of New Ulm and the Diocese of Duluth and for the eyes of the bishops only and their top officials,’ said attorney Jeff Anderson, who represents the man who has accused Fitzgerald of abuse. ‘Now we get to have them for our eyes. And we think it’s an important development in this case.’”

If it were election season, we’d have another complete freak out. The AP says, “The University of Minnesota says a case of measles has been confirmed in a student on the Twin Cities campus. The university said Wednesday the student recently returned from international travel, and is now isolated off campus while recovering. Before being diagnosed, the student, identified as a 20-year-old man, attended classes from Jan. 20 through 23 on the East Bank.”

To hell with eagles, let’s slap horned owl decals on our bombers and tanks. An MPR story says, “Bob Anderson, director of the Raptor Resource Center in Decorah, Iowa, has seen a lot on the center’s Eagle Cam. But even he was shocked by a recent visitor. ‘I’ve been studying raptors most of my life’, Anderson said. ‘And I’ve never seen where a great horned owl would kick an eagle’s butt.’” Video at the link.

Sayonara Fifth Street. Tim Harlow at the Strib says, “The swelling footprint of the new Vikings stadium is bringing big changes to nearby city streets and thousands of motorists who use them to get into and out of downtown Minneapolis. The biggest changes will affect 5th and 6th Streets near the $1 billion stadium rising on the east side of downtown. Fifth Street, a main artery carrying traffic from Interstate 94 into downtown, will close permanently about April 1. Sixth Street will be redesigned so that it keeps three eastbound lanes to funnel motorists to Interstate 94, but adds a single lane in the opposite direction to handle traffic coming off I-94.” I forget. Does the NFL get exclusive use of the freeways for the Super Bowl?

Well, they need all the practice they can get. Dave Dorsey of the Ft. Myers News-Press reports, “The early birds of spring training have arrived for the Minnesota Twins. About two dozen Twins players and pitchers, mostly minor leaguers, worked out this morning at CenturyLink Sports Complex …  Although big leaguers aren’t required to be in town, designated hitter Kennys Vargas has been working out. So has starting pitcher Kyle Gibson, who lives in Fort Myers with his family during the offseason.”

Here is a perpetual need. At WCCO-TV Pat Kessler reports, “Minnesota’s need for rural health care services is growing at exactly the time the number of health care professionals is shrinking. In six of the largest counties in northwestern Minnesota around Crookston, it’s a crisis. ‘We are approximately the same geographical size of the state of New Jersey,’ Northwestern Mental Health Center’s Shauna Reitmeier said. ‘However, the difference with that is that New Jersey has about 1,200 people per square mile, and we have eight.’ The state health department found many small-town residents drive an hour or more to find health care.”

At MPR, Tom Crann talked with foodie James Norton of The Heavy Table about craft hard liquor: “There’s a real movement afoot to move Minnesota from being a Midwestern state to part of the Upper Midwest or North or — and I really like this last one — the North Coast,” said Norton. “The spirits boom has really been embracing this with a bear hug. We’ve got Far North, Norseman, Vikre and Loon Liquors and others that really go for a Scandinavian or northern aesthetic. Right now, there are a lot of local craft gins and vodkas and aquavits hitting the market. They don’t require the kind of time and barrel aging that you need to put out good brown liquors like bourbons and brandies.”

Can we just jump to the sentencing phase? In the Brian Fitch trial, the Strib’s Matt McKinney writes, “A prisoner who briefly shared a cell with murder defendant Brian G. Fitch in December testified in Stearns County District Court on Wednesday that Fitch told him he wanted two people dead, both of them key witnesses in Fitch’s murder trial. … The target, [Claude] Crockson said, was Taya Moran, Fitch’s ex-girlfriend, who had become a witness for the state in his murder trial. Moran testified last week that Fitch owned a black handgun with a laser sight. Her description matches the Smith & Wesson 9mm semi-automatic that authorities have said was used to kill [Scott] Patrick.”

I vote for June. Dan Linehan of the Mankato Free Press reports on a study to determine the best road de-icer. “That’s where Minnesota State University civil engineering professor Stephen Druschel and his team of undergrads come in. In a series of experiments last winter, they measured the effectiveness of deicing and plowing methods on contract with MnDOT at a cost of $116,144. Their task, broadly speaking, was to evaluate the methods and materials MnDOT uses to clear roads of ice and snow, and see if they could be improved, [Tom Peters, maintenance research engineer for the Minnesota Department of Transportation] said.”

Consider the source, of course. WCCO-TV has a story saying, “More than three quarters of Minnesotans favor the legalization of medical marijuana, according to a poll commissioned by the Minnesota chapter of the National Organization for the Reform of Marijuana Laws (MN NORML). The data gathered by Public Policy Polling also show nearly half of Minnesotans believe cannabis should be legalized and regulated for social use, as it has in Colorado and Washington.” Wouldn’t you like to see the partisan break down on that one?

Also at ’CCO, Esme Murphy on one truly unpopular guy. “It was an emotionally charged day in Sherburne County court Wednesday as a Princeton man faced charges that he videotaped the beating and torture death of his girlfriend’s dog. Anthony Ryan Sather, 24, is facing charges under a new felony animal cruelty law. In Elk River, protesters gathered outside the courthouse, demanding he face the maximum punishment. … At one point in the hearing, a man in court yelled at Sather ‘You bottom feeder, there is a special place in hell for you.’ He then ran out of the courtroom as the judge threatened him with arrest.” 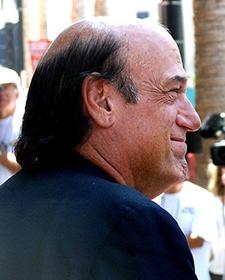 Our Guy won’t be seeing, “American Sniper.” Steve Karnowski of the AP tells us, “‘American Sniper’ is tops at the box office but don’t expect to see former Minnesota Gov. Jesse Ventura lining up at a theater for it. … ‘A hero must be honorable, must have honor. And you can’t have honor if you’re a liar. There is no honor in lying,’ Ventura told The Associated Press from his winter home in Baja California, Mexico. He also noted that the movie isn’t playing there. Ventura also dismissed the movie as propaganda because it conveys the false idea that Iraq had something to do with the 9/11 attacks. ‘It’s as authentic as ‘Dirty Harry,’  he said, referring to fictional movie series starring Clint Eastwood, the director of ‘American Sniper.’” I tell you, every so often he has his moments.