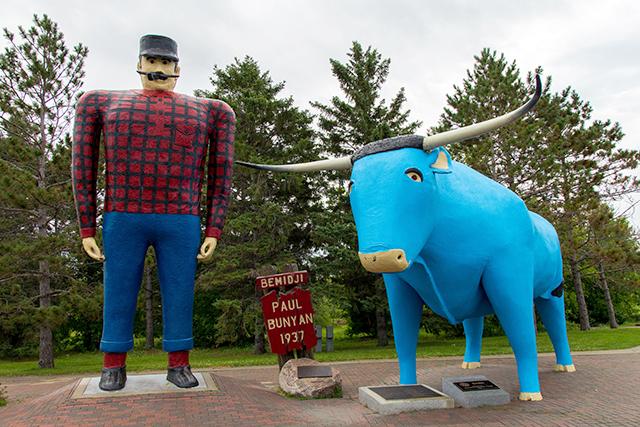 Yeah, no mention of the weather. At the PiPress, Tad Vezner follows a Politico story ranking Minnesota No. 1 (tied with New Hampshire.)  “In its first such ranking last year, Politico listed Minnesota as the second-best state, behind New Hampshire. Minnesota edged up this year based on improvements in employment, infant mortality and obesity, the publication said. Mississippi ranked last for the second year in a row (a position that last year got Politico a letter of dissent from Mississippi’s governor). Among Minnesota’s neighbors, Wisconsin ranked No. 17. Iowa was No. 7 while North Dakota was 15th and South Dakota was 21st.” Does Mississippi complain every time it’s ranked dead last?

The state’s congressional delegation filed their formal responses to President Obama’s State of the Union speech. Some highlights, via the Strib. “Rep. Tom Emmer (R): ‘For six years, we’ve heard President Obama tout big ideas and even bigger promises, and tonight was no different. Despite the annual list of promises, most remain unfulfilled. The programs and policies from this administration have hurt the middle class he claims to defend, taxed the families he claims are safe, and stifled the growth he claims to have created.’ … Rep. John Kline (R): ‘Bigger and bloated government isn’t the solution to the problems facing our nation. Instead of making promises the American people can’t afford, the President has a responsibility to meet our existing commitments. Rather than roll out a new $320 billion tax hike that will hit working families, the President should join us in creating a simpler, cleaner tax code that would help spur job creation and create an environment that helps families, not hurts them.’” Couldn’t we at least lift the job-killing tax burden off for-profit colleges?

The strib’s Allison Sherry has more on the Minneapolis woman who sat next to First Lady Michelle Obama for the SOTU: “Rebekah Erler was discovered last year when she wrote an eloquent letter to the president describing her middle-class struggles … On Tuesday, in front of a joint session of Congress, he recounted the Erlers’ story. Rebekah was sitting in the first lady’s box. She had some time in the Oval Office Tuesday with a few other letter writers, and hung out with the president.”

At WCCO-TV Esme Murphy apprises the likelihood of the President’s “Robin Hood” tax plan. “The president said his tax plan would raise $320 billion over ten years. Republicans, who now control both the House and Senate, are sharply critical of the plan, saying it would stall economic growth. … Democrats admit it will be tough getting any of this through the Republican-controlled Congress, but they say it sets the stage for a debate they’d like to have last through the 2016 presidential election.” The Timberwolves will have a 40-game winning streak before that happens.

Here’s MPR’s Tom Scheck on the state’s latest budget plans. “Dayton is proposing to spend nearly $100 million over the next two years to expand tax cuts for parents with children enrolled in day care. Dayton said his plan would increase the income limit for the tax credit, making 92,000 more families would be eligible. … At the same time Dayton was detailing the child care credit, members of the House Tax Committee were debating a Republican-backed bill to cut taxes for some business owners by about $350 million over two years. The measure represents a partial rollback of the new fourth tier income tax rate that DFL lawmakers passed in 2013.”

Just another thing I have to worry about. Brandi Powell at KSTP-TV says, “A new strain of a virus is threatening the livelihood of Minnesota pig farmers. Experts at the University of Minnesota’s College of Veterinary Medicine say they’ve found a new mutation of the virus that’s killed 8 million pigs and piglets in the past two years. Pigs are the only ones affected by the porcine epidemic diarrhea virus, or PEDv.”

Also at KSTP, Jennie Olson has the story of the husband with a headache, or something. “A Coon Rapids woman is accused of attacking her husband and choking him because he didn’t want to have sex with her. Coon Rapids police were called to an apartment on the 9200 block of University Avenue Northwest around 12:35 a.m. Tuesday, Dec. 30. When officers arrived, they found a man standing in the hallway wearing pajama pants and no shirt. According to the criminal complaint, the man had red marks on his shoulder, neck and throat in addition to scratch marks and two bite marks on his chest.”

True sportsmen. Stribber Paul Walsh says, “After years of investigation by conservation officials, four men have been charged for their roles in widespread illegal killing of trophy deer and other big game in western Minnesota. The five-year probe by the state Department of Natural Resources (DNR) led to the seizure of dozens of guns, some of them high-powered rifles, and more than two dozen sets of deer and elk antlers, the agency announced Tuesday. The DNR’s Capt. Cory Palmer said he’s never seen such an extreme case of poaching in his 17 years with the agency.” They grabbed their guns! Call Wayne Lapierre! Call Cliven Bundy!

Hmmm, whatever they do they might want to take a long look at the books. Catharine Richert of MPR says, “Nursing home owners and workers have told Minnesota legislators that they aren’t getting enough money from the state to stay open and to keep the best staff in their facilities for years. … Care Providers represents many of Minnesota’s 370 nursing homes and is part of a coalition that is advocating for a $200 million plan that would completely overhaul how nursing homes are reimbursed. That’s on top of a $30 million funding increase the industry got during the last session.”

Not sure how this affected North Dakota’s Politico ranking. At City Pages Susan Du says, “North Dakota’s Rep. Dwight Kiefert (R-Valley City) has a simple solution to the chilling, often unpredictable threat of school shootings: give guns to teachers and let them prowl the halls like vigilantes in sweater vests. The teachers themselves aren’t so convinced that HB 1195, which proposes letting schools train anyone with a concealed carry permit to use deadly force in the classroom, wouldn’t rub students the completely wrong way. … There’s only been one school shooting in North Dakota since the 1930s.”