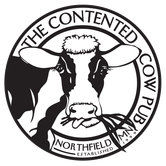 Good column from Jon Tevlin in the Strib on a Northfield pub owner’s clash with freedom of speech. “Norman Butler, owner of a small Northfield pub that holds regular community forums on compelling issues, said there is no truth to the rumor he’s now changing his name to the Discontented Cow. … when word got out that Butler invited conspiracy theorist Jim Fetzer to do a series of talks on historical events on which he holds controversial opinions, some customers revolted. They say that Fetzer is an anti-Semite because he also denies aspects of the Holocaust. Several residents sent notes to Butler saying they would stop frequenting his pub unless he canceled the talks.”

The Gov wants to boost the U of M medical school up into the top tier. Abby Simons of the Strib says, “Gov. Mark Dayton is proposing that the state invest $30 million in the University of Minnesota Medical School in hopes of re-establishing its national prominence by restoring lost tenured faculty members. Dayton, flanked by students at the U Medical School, announced the plan as part of his full budget, expected to be revealed next week. The money, which would pay for 50 research faculty members over the course of eight years, improving research and attracting be best and brightest students. Dayton said the proposed $30 million — $5 million next year and $25 million in 2017 — would only be a start.”

Can’t remember the last time I used one. The AP reports, “The annual arrival of a fat phone book on Minnesota doorsteps may soon be a thing of the past. The state Public Utilities Commission has proposed letting companies deliver residential phone directories electronically, sending customers a phone book only if they ask for one. The commission has already granted a few phone companies the ability to do that in recent years, and other states have done the same.”

Exactly how often does this happen? Don Davis of the Forum News Service says, “Minnesotans lost their ability to protect livestock and pets when a federal court ordered wolves to return to the endangered species list, a Minnesota House committee heard Tuesday. ‘This is one of the top issues for our members,’ Thom Peterson of the Minnesota Farmers’ Union said. The state pays farmers when wolves kill livestock, but state Agriculture Department officials said that fund has been depleted.” To believe my Wisconsin neighbors there’s practically never a night that goes by without a cow or somebody’s kid getting dragged off.

An oak forest would be nice. For the Forum News Service, John Myers reports, “Minnesota’s northern forests will look much different in coming decades as a warming climate encourages tree species like oaks and maples and pushes others, including spruce and fir, out of the region. That was the finding of a University of Minnesota study published this week in the journal Nature Climate Change that used growing plots near Cloquet and Ely and added the amount of warmth expected later this century.”

Also in the realm of peer-reviewed scientists: Sam Gomberg at the Union of Concerned Scientists says, “A new study by the Union of Concerned Scientists shows how strengthening Minnesota’s renewable energy standard (RES) can drive billions of dollars in new private capital investment and create a cleaner, more diverse, self-reliant electricity system in the state. Minnesota can achieve this future at virtually no additional cost because of the state’s robust and cost-effective renewable energy resources.”

Way to go, dad. For KMSP-TV Lindsay LeBelle writes, “A Prior Lake, Minn. father is calling out his daughter’s bullies on YouTube, Snapchat evidence and racist voicemails included. In a nearly 6-minute YouTube video, father Brad Knudson opens by saying his words aren’t scripted, but they’re emotional. ‘We have a very beautiful African American daughter that we were very fortunate enough to adopt 11 years ago. We’ve dealt with a little bit of racism, you know, stares, things like that when she calls us mom or dad, but she didn’t notice so we just blew it off because it was directed towards us,’ he says in the video.

They didn’t ask me. C.J. Sinner at the Strib says, “Minneapolis diners are apparently no longer excited by ‘bacon anything,’ according to a new trends survey by Zagat, a restaurant guide and ratings company. Their 2015 survey gathered responses from more than 10,000 people in 17 major metro areas across the country, touching on types of cuisine, biggest annoyances and food trends. Minneapolis led the nation’s metro areas with 50 percent of respondents saying they were ‘over’ bacon as a food trend. We’re still into beets, however, (tied with San Francisco for first place) and are among the top three metro areas to still love Brussels sprouts (behind Boston and Austin, Texas), the survey reveals.” Not to mention grape salad.

Both sad and sweet. Janae Hackensmith of the Austin Daily Herald writes, “Myron and Betty Young spent more than 67 years together and they weren’t going to spend many days apart. Myron died Jan. 11, and Betty passed away two days later on Jan. 13. ‘We have a theory that somehow someway in their own way, my dad must have said, ‘You know what, Betty, I’m going to go. You come a few days later,’ daughter Mary Beth Norris said.”