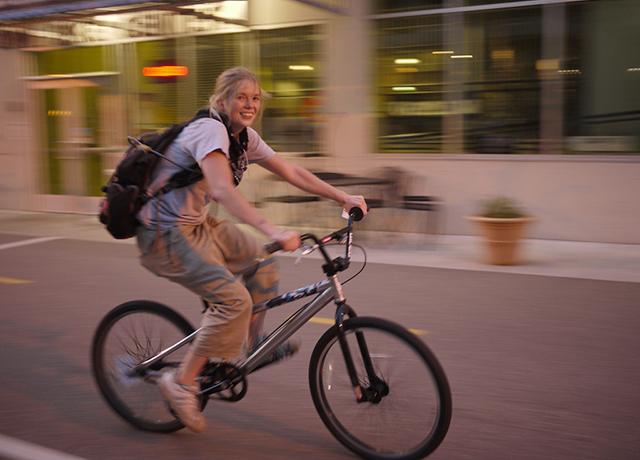 Damn kids. At WCCO-TV, non-Boomer Ali Lucia reports, “According to Pew Research Center, Millennials make up 75 million of the United States’ population. Just like across the country, Millennials make up the largest generation in the state. So, here’s a look at the generation. Who are Minnesota Millennials? It’s a question that doesn’t necessarily have a definite answer, but we can tell you this — they are the largest population in Minnesota.

Population by generation in 2012:

When doesn’t a budget get “mixed reviews”? For the Forum News service, Don Davis writes, “This Minnesota legislative session is heavy on greater Minnesota topics, but the governor’s budget, which will be the base of whatever two-year spending plan that eventually passes, drew mixed reviews about how it would fund issues outside of the Twin Cities. … Minnesota increased nursing home funding last year, but a string of greater Minnesota and suburban nursing home administrators told a House committee this year that they still face major problems retaining employees. State funds largely determine how much they can pay nursing staffs, and administrators said that many of their employees spend a short time at their facilities before moving on to hospitals that pay much more.”

MPR is out with a five-part climate change series from Elizabeth Dunbar and Dan Kraker. In part one, there’s this: “The average temperature in Minnesota has risen about a half degree per decade since 1970, which is when scientists noticed a more pronounced upward trend. That’s higher than the national average and 19th among the 48 continental states. … The amount of rain that falls in big storms has risen by about 37 percent in Minnesota since 1958.”

Also from MPR on the broadband projects outstate. “The first state grants in a new broadband Internet expansion program will bolster 17 projects in Minnesota. The Department of applicants. … Winning applicants will reap awards as small as $105,000 and as big as $5 million. They Employment and Economic Development announced the recipients Monday, choosing from among 40 require some local matching money either through local governments, private businesses or a combination.”

Christopher Magan of the PiPress dials in again on that proposal to end the “Last In, First Out” teacher lay-off standard. “Opponents say Minnesota law already allows school districts to negotiate layoff systems that include things other than seniority. About 40 percent of districts have such contract provisions. They also argue forcing districts to use a new, untested evaluation system to fire teachers is a mistake that could lead to messy legal fights between districts and teachers who are let go. ‘I think it leads to a lot of mistrust,’ said Denise Specht, Education Minnesota president. ‘School districts have all the tools they need to hire, fire, assign and evaluate their staff.’” It is what they pay administrators to do, isn’t it?

Predictably, in a commentary up at the Winona Daily News, Scott Brener, Sr. VP of the Minnesota Chamber of Commerce has all sorts of issues with the Governor’s road funding plan. For example: “We must invest in a way that does not make our cost of doing business any less competitive than it is today. Minnesota last increased its gas tax in July 2012. We also raised significant sales, income and corporate taxes to the tune of $2.1 billion less than two years ago. … The Minnesota Chamber supports a new 10-year investment plan — that’s 2016 to 2026, not 1966 to 1976. First, let’s have a meaningful conversation to reach consensus about what we need to invest. Second, let’s get practical — and creative — about how to fund it. Our goal is a transportation system that facilitates a changing and growing economy. We need an investment and funding strategy that’s up to this task.” Unless I’ve been misreading things, we’re already significantly more competitive than some of our immediate neighbors.

You want a number? Jennifer Bjorhus of the Strib has a number. “The Archdiocese of St. Paul and Minneapolis says it owes creditors $15.9 million and has assets of at least $42.5 million, according to a bankruptcy filing. The tally of assets is likely much larger since the archdiocese lists the current value of its interest in key pieces of real estate, such as the Cathedral of St. Paul and the land under three Catholic high schools, as ‘unknown’ and puts those estimates in notes.”

This will be fun. Beena Raghavendran of the Strib reports, “Republican Rep. John Kline is among three House chairmen picked this week to draft a GOP-approved alternative to Obamacare – should the Supreme Court deem the act unconstitutional in an upcoming court case. … The team promises its plan will be more patient-focused, saying it wants to give the American people the option to be ‘in the driver’s seat’ of their own healthcare, the team and the majority leader said in a statement.” As opposed to “in the trunk” if the insurers are given back full control.

Finally, Minnesota’s nanny-state control over real fireworks is getting a re-look. At City Pages, Ben Johnson writes, “Five state senators – four GOP and one DFL – introduced a bill today that would legalize the sale of ‘aerial and audible’ fireworks in Minnesota. … A bill legalizing mortars and other more fun (and more dangerous) exploding fireworks passed in 2012 but Gov. Dayton vetoed it, citing safety concerns. This time around the bill (SF 465) tries to crack the door similar to some of the Sunday liquor sales efforts. Exploding fireworks would only be available for purchase from June 1 to July 7.” So you’ll have five weeks to put your eye out with a Roman Candle.