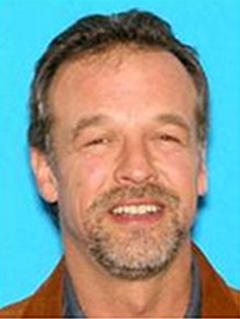 The weekend capture of Victor Barnard, a.k.a. ‘the brides of Christ” serial molester (alleged, of course) continues to generate coverage. At CNN, Steve Almasy and Holly Yan report, “Brazilian police worked for five months to track down a fugitive American pastor accused of dozens of sexual assaults in Minnesota. … As a pastor, Barnard inspired his congregants with his charisma and apparent devotion to the teachings of Jesus Christ. ‘I had never met anybody that I thought loved the word of God as much as Victor Barnard did,’ said Ruth Johnson, a former member of Barnard’s River Road Fellowship.”

KMSP-TV says, “The Brazilian Supreme Court has reportedly already signed an extradition warrant with Barnard’s name on it. Currently, there’s no timeline on Barnard’s extradition back to Pine County. However, two young women who brought their case to authorities may not only have to face Barnard in court, but also people they grew up with, people they love, including their own parents and siblings, some of whom are still Barnard’s followers. … It was on February 26, 2014 that the Fox 9 Investigators revealed the story of Jess Schweiss and Lindsay Tornambe, who said as young teenagers they had endured years of sexual abuse at the hands of Barnard, who was the leader of the River Road Fellowship, a religious cult located in Pine County, Minnesota.”

The AP story says, “Lindsay Tornambe said she suffered years of sexual abuse by Barnard. ‘He would say that, you know, because he was Christ in the flesh that it was a way for him to show us how much God loved us,’ said Tornambe. … One of the other girls chosen to live with Barnard in the cult was from Brazil, according to Tornambe. She recalls Barnard saying if things ever got bad in the U.S., he would go to Brazil. Her father, Carmen Tornambe, had a similar reaction. ‘I was numb. I was elated. I was finally relieved that the search was over,’ said Carmen. The Tornambe family lived at the fellowship for 11 years.”

Also in religion, Ben Johnson at City Pages tells us, “David Paul Patterson didn’t dispute that he was selling marijuana and cannabis oil when police raided his off-the-grid cabin in Walker a year ago. Rather, he claims that he should be left alone because he was using the more than seven pounds of weed cops seized to heal people, and it’s his right as a Rastafarian to do so. … When we reached him [Thursday], he rattled off Bible verses to make his case, and expressed disappointment none of the people he healed made it to court to testify on his behalf.”

Related. Did you catch this? Scott Neuman of NPR reports, “Nearly two-thirds of Millennials who identify as Republican support legalizing marijuana, while almost half of older GOP Gen-Xers do, according to a recently released Pew survey that could be an indicator of where the debate is heading. While the Pew Research Center survey published on Friday shows a 14 percentage point gap between Republicans and Democrats under the age of 34, six-in-10 GOP-leaning Millennials still said they favor legalizing cannabis. Seventy-seven percent of surveyed Democrats in the same age group held that view.” Can you say, “inevitable”? There’s going to be a flood of Rastafarians real soon.

Over at WCCO TV, Nina Moini writes: “Mayor Betsy Hodges is demanding that Nicole Curtis of HGTV apologize for what appeared on Facebook. The dispute involves the tear down of an old home in south Minneapolis that Curtis had tried to save. After Curtis protested on Facebook, negative comments piled up, especially regarding one city council member. Mayor Hodges called those comments ‘appalling and disgusting.’ … What many people living along Colfax Avenue South saw as a dump, Curtis saw as an historic treasure that just needed some tender, loving care. It’s why she recorded a video of the demolition of the Orth house last week, then took to her Facebook to let her 700,000-plus followers know she blames the Minneapolis City Council, specifically Lisa Bender, who oversees that area. That’s when her fans fired back at Bender.”

On the hook for how much? Doug Belden of the PiPress writes, “Minnesota could be on the hook for $700 million in refunds should it lose a case pending in state tax court. The case, involving how multistate corporations calculate tax liability in Minnesota, is scheduled to be heard later this month. The $700 million figure — which would be more than half the state’s annual corporate franchise tax collections and about 2 percent of its biennial general fund budget — was given in court papers in November by state Solicitor General Alan Gilbert, who is representing the state Revenue Department in an appeal brought by Dallas-based Kimberly-Clark Corp. Even if Gilbert’s estimate is on the high side, the state’s potential liability is ‘a big deal,’ said Richard Pomp, a professor at the University of Connecticut School of Law and a former consultant to the Multistate Tax Commission.”

Tom Emmer might have a hard time getting a decent seat at the next House caucus meeting. Stribber Allison Sherry says, “Just after midnight Saturday, Emmer issued a statement calling out Republican House colleagues who don’t support fully funding the Department of Homeland Security because of President Barack Obama’s executive action on immigration. … ‘I am disappointed that many of my colleagues chose to put the security of Americans at stake and waste time playing politics’, said Emmer, who replaced Rep. Michele Bachmann in January. ‘Congress has a solemn responsibility. As a body, we should never hold America’s safety hostage simply for political gamesmanship … .” Exactly. The House needs to get back to the serious work of voting another four dozen times to repeal Obamacare.

Meanwhile in unabashed pandering. Michael Salcedo of the AP tells us, “Gov. Scott Walker once envisioned a world where the 11 million immigrants living in the country illegally could embark on a path to citizenship. But now the Wisconsin Republican calls that position ‘amnesty’ and says his view has changed. ‘I don’t believe in amnesty,’ Walker told  ‘Fox News Sunday.’ ‘My view has changed. I’m flat out saying it. Candidates can say that.’” A lot of them do.

The Great Reciprocity Wrangle. Now in its seventh or eighth volume. Bill Salisbury at the PiPress says, “Minnesotans and Wisconsinites who live in one state but work in the other have some reason to hope they will be able to resume filing a single state income tax return as early as next year. In separate interviews, Minnesota Revenue Commissioner Cynthia Bauerly and Wisconsin Secretary of Revenue Richard Chandler said they recently discussed restoring the decades-long reciprocity agreement that simplified taxes for the 80,000 residents who cross the border for work.”

On the Strib’s big take-out on the DFL’s intertwining with the IRRRB up north, Sally Jo Sorensen at Bluestem Prairie writes, “Bluestem loves a crony capitalist scandal as much as the next scurrilous blogger, but we’ve learned through the miracle of Mr. Google the Magic Search Engine that (on at one end of the latest Outrage on the Range article in the Strib at least), there’s less for us to puff and puff about. It’s not secret corruption, it’s not something that one party’s representatives objected to at the time that the other side was feeding at the trough. If anything, once one digs into the public documents, one learns this story is about the normal and casual level of public corruption in Minnesota.” It’s a good read.

Cult leader captured, but no timeline for extradition