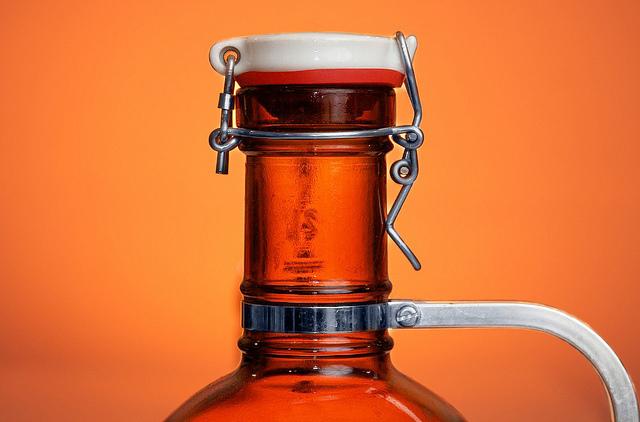 One step closer to Sunday beer growler sales. The AP reports, “Ed Reynoso of the Teamsters Joint Council 32 told a Senate committee on Monday that ‘at this point’ the union won’t oppose a bill legalizing those growler sales on Sunday. It’s a shift from last year when Teamsters’ concerns about those sales affecting labor contracts helped derail the proposal.”

Sid says goodbye. Anticipating the imminent destruction of the Star Tribune headquarters at 425 Portland Ave S, Hartman reflects on his 67 years (!) working at the building, and the outsize role played by the paper in luring major league sports teams to Minnesota, from the Twins to the Vikings. Probably didn’t hurt paper sales too much, either.

They can’t build apartments fast enough in Minneapolis. In spite of 4,470 new apartments added to the market in 2014, the Twin Cities’ vacancy rate remains extremely low — just 2.9 percent — according to Matt Sepic reporting for MPR. That means “ anyone looking for an apartment in the Twin Cities likely will find fewer options and higher rents than they’d hoped. The metro area has one of the tightest rental housing markets in the nation.”

Relatedly, a new analysis by the Brookings Institution puts Minneapolis at spot #10 on a list of America’s most unequal cities. Fast Company’s Ben Schiller breaks down the findings:

The most unequal places in America continue to be the biggest, most successful cities. And not surprisingly. There’s inevitability to inequality in New York and Boston, where people go to make large amounts of money. But what’s worrisome is how the gaps are growing. Between 2007 and 2013, the rich-poor gulf widened in 21 of America’s largest 50 cities …

Remember how we told you last week that B. Todd Jones was resigning his job heading the Bureau of Alcohol, Tobacco and Firearms? Well, it seems he got a better offer. Chris Miller writes in the Star Tribune’s Access Vikings blog, “NFL Commissioner Roger Goodell said today Jones would join the league as Special Counsel for Conduct.”

The Atlantic’s look at the lack of scientific support for Alcoholics Anonymous as a treatment for alcohol use disorder will be of great interest here in the land of 10,000 rehab centers. Author Gabrielle Glaser paints a dire picture:

Mark Willenbring, the St. Paul psychiatrist, winced when I mentioned this. “What’s wrong,” he asked me rhetorically, “with people with no qualifications or talents — other than being recovering alcoholics — being licensed as professionals with decision-making authority over whether you are imprisoned or lose your medical license?

A list of the world’s most ethical companies includes four from Minnesota: US Bancorp, 3M, Ecolab and Thrivent. [Ethisphere]