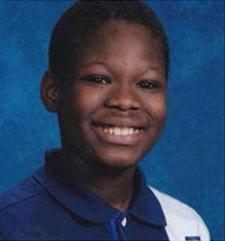 The Strib story, by Patrick Kennedy and Karen Zamora says, “Pierre Collins is the  ‘primary suspect’ in what officially has become a homicide investigation into the death of his 10-year-old son, Barway Collins, said Crystal Police Chief Stephanie Revering Sunday afternoon. At a press conference in Crystal, Revering said law enforcement has ‘electronic evidence’ that places Pierre Collins in ‘the immediate vicinity’ where the search for Barway had centered.”

A bill creating uniform — and stronger — sexual assault policies at Minnesota colleges is moving through the Legislature. Kia Farhang of the AP says, “Colleges will have a lot more responsibilities if [Rep. Marion O’Neill’s, R-Maple Lake] bill becomes law. They’d have to provide sexual assault prevention and awareness training to students shortly after they started college. Schools would be required to enter into agreements with local law enforcement to better spell out how they’d share information and work together in cases of sexual assault. They’d have to disclose how many reports of sexual assault they receive every year, how many were investigated and how many resulted in discipline.”

And you thought the Twins’ pitching is lousy. At Deadspin.com Rohan Nadkami says, “The Bemidji State Beavers scored 20 runs against in-state rival Minnesota State on Saturday night, and they still got mercy-ruled in the eighth inning. That’s because Minnesota State scored an insane 41 runs of their own in what was surely a head-turning contest. The box score from this game is bananas. Minnesota State put up the 41 runs on just 35 hits, aided by six Bemidji errors. The Mavericks scored 24 runs combined in the third and eighth innings alone. Five of their players had four or more RBIs and eight had at least three hits.” Unlike the Twin, at least they could both hit.

Riiight. In the Duluth News Tribune’s “Ask a Trooper” column, St. Neil Dickinson of the Highway Patrol is asked: “A friend told me cops have to write a certain amount of tickets each month, otherwise they get in trouble. He also said this is why you see so many more out on the streets and highways at the end of the month trying to get their numbers in. Is this true?” You guess his answer.

James J. Hill’s trust is now officially out of business. A PiPress story says, “When railroad tycoon James J. Hill eyed the vast iron ore deposits of northern Minnesota in 1906, he knew his Great Northern Railway was barred from owning the mines directly. So instead, he and his partners set up a trust, with headquarters in St. Paul, allowing them to own Iron Range property and collect royalties — until some distant date, 20 years after the last trustee died. On April 6, Hill’s distant date finally arrived.” In other words: Well within the spirit of the law.

No lattes for you. Says Dave Kolpack of the AP, “A worker-owner of a Fargo coffee shop who instituted a tongue-in-cheek ban on North Dakota lawmakers for opposing an anti-discrimination bill says the response has been ‘99.9 percent positive’ and that he made his point, even if a few people didn’t like it. Joe Curry, one of the worker-owners of the Red Raven Espresso Parlor, posted a newspaper page in the shop earlier this month that showed the 55 Republican state House members who rejected a bill that would have prohibited discrimination based on sexual orientation in housing, government, public services and the workplace. It was accompanied by a sign saying the legislators were banned, ‘Unless accompanied by a lesbian, gay, bisexual or transsexual, queer, intersex or asexual person.’”

Again, someone is messing with the elemental forces of nature. Says Ben Johnson at City Pages, “State Sen. Scott Dibble (D-Minneapolis) is done giving the NFL tax breaks. In fact, he wants some of the concessions the state gave the multibillion-dollar ‘non-profit’ back. ‘They made what, 10, 11 billion dollars last year?’ he asked. ‘The NFL already got all kinds of perks and wonderful things for themselves when they agreed to [bring the Super Bowl] here. I’m not sure it’s a good idea to be giving any more tax breaks.’ He authored a bill (SF 2021) that would repeal a state law enacted for the 1992 Super Bowl, which made Super Bowl tickets not subject to state taxes.” They still get free fuel for their jets though, right?