A harrowing scene in Duluth Tuesday morning. “Officials with the Duluth Transit Authority say at least one person is dead following a crash involving two buses Tuesday morning on the 400 block of West Superior Street,” reports Brady Slater in the Duluth News Tribune. “The eastbound bus appeared to have crossed the center lane after first striking a stop sign and signal lights at the Fifth Avenue West intersection with Superior Street. The crash culminated directly in front of the Maurices construction site. The eastbound bus struck an outer concrete barrier at the site but did not strike the building itself.” The story includes photos of the crash scene.

Look, we need all those tax breaks for the Super Bowl. Gov. Mark Dayton met with prospective Major League Soccer franchisee Bill McGuire, who is “… seeking a sales tax exemption on construction materials” for the construction of a new, soccer-specific stadium, Eric Roper reports in the Star Tribune. “… Dayton reiterated his objections to a public subsidy for a new stadium. … Whether that extends to more indirect support remains unclear. Other possible requests to that effect could include public ownership of the facility and nearby infrastructure improvements.”

But maybe we could pay for a soccer stadium by cracking down on light rail riders. State legislators gave Met Council officials the third degree after “A recent audit conducted by the Met Council found around 3 percent of Blue Line riders and between 4.6 and 9 percent of Green Line riders were evading their fares. That adds up to between $800,000 and $1.5 million per year in lost money,” the Pioneer Press’ David Montgomery reports. “ ‘Met Transit has over 200 police officers who are supposed to be monitoring this. What are they doing? They’re not doing their job,’ Rep. Mark Uglem, R-Champlin, said during a Monday transportation bill discussion in a House committee meeting. ‘We have $1.5 million in taxpayers’ money that we’re being cheated out of.’ ”

Minnesota senators are like bears — you don’t want to look them in the eyes. Or wait, is it the other way around? In any case, senators here are going to continue avoiding eye contact during their floor debates after attempts to change the rules failed Monday. Also still banned: water bottles. New York Magazine notes some lesser-known Minnesota Senate rules, courtesy of a tweet by Rep. Mike Freiberg: “Other Senate rules: use secret handshake, speak in iambic pentameter, drag Stone of Shame if you violate a rule.” Huzzah.

Have you ever had the sneaking suspicion that, while Minnesota has major league men’s sports teams in different sports, those teams have one thing in common: they’re terrible? Well, consider your suspicion confirmed: the data team over at the Washington Post looked at the 12 U.S. cities that have pro men’s sports teams in baseball, basketball, football and hockey, and, looked at their combined winning percentage over the last 10 years, Minnesota teams come in dead last.

High speed chase in Circle Pines with … a dump truck. And yes, meth was involved. [KSTP] 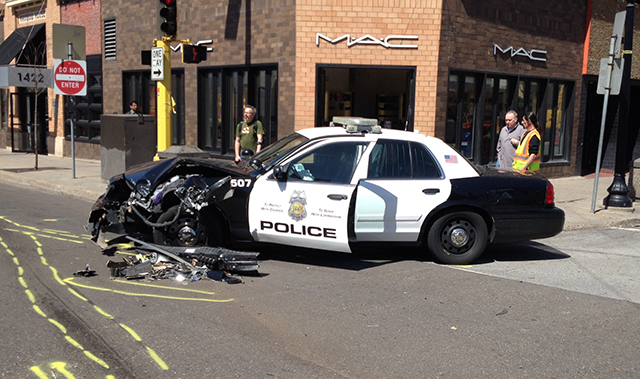 Bird flu has cost Minnesota turkey producers $15.7 million this year. [AP via MPR] Also, check out our map of Minnesota commercial turkey production and where flu cases have been reported.