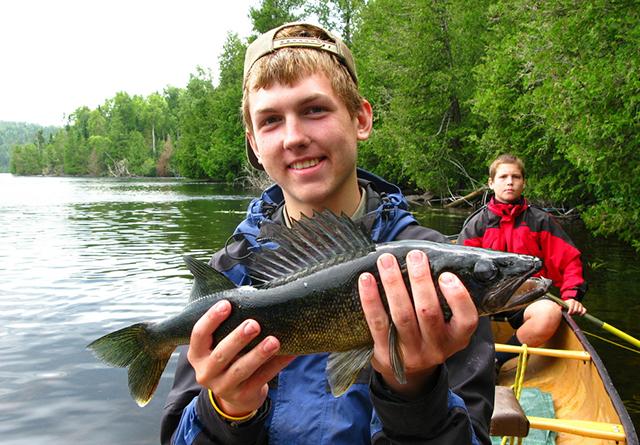 The Good Life in Minnesota is officially over. Sam Cook in the Duluth News Tribune reports: “The Minnesota Department of Natural Resources announced Wednesday that Mille Lacs Lake anglers will be able to keep one walleye from 19 to 21 inches long or one over 28 inches long when fishing opens on May 9. In addition, an extended night-fishing closure will again be in effect beginning the Monday after the opener, DNR officials said.”

The music lineup has been announced for … the St. Paul State of the City address. It actually looks pretty good: Solomon Parham, the St. Paul Chamber Orchestra, Heiruspecs, Jeremy Messersmith, Dem Atlas and Chastity Brown. Might be tough acts for Mayor Chris Coleman to follow.

Probably just a coincidence that General Mills (formerly of Minneapolis) sponsored the awards, which were overseen by celebrity food guy Andrew Zimmern (of Minneapolis).

The Minnesota Supreme Court threw out the Star Tribune’s request for data from an agency created by the Minnesota Legislature, the Minnesota Joint Underwriting Association, which “help[s] high-risk doctors, hospitals and nursing homes get malpractice insurance,” rerports MPR’s Bob Collins. The court’s reasoning:

“While the MJUA was created by state statute, it is not part of the State; it is an organization consisting of private insurers,” Supreme Court justice David Lillehaug noted in his opinion today.

“The Star Tribune is correct that the State exercises considerable control over MJUA. For example, the Commissioner of Commerce appoints eight of the 15 members of MJUA’s board of directors. But only four are public members, and there is nothing in the statute to the effect that the directors, however appointed, owe any fiduciary duty to the State, rather than to the association itself,” Lillehaug wrote.

Rep. Pat Garofalo is holding a public/press conference via Meerkat:

Maybe someone will ask him about solar credits.

The St. Paul school board came up with a plan to address its $20M budget shortfall [Pioneer Press]

The Wild made the playoffs! [AP via MPR]

“Every Walmart employee in Minnesota is now earning at least $9 an hour.” [WCCO]

“Mall of America Exhibit Temporarily Closes Due to Stressed-Out Stingrays” Maybe it was because of all the armored police standing around? [City Pages]

“Spree of graffiti reported in Moorhead, some of it vulgar” [Inforum]