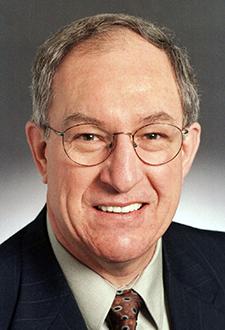 Modified, but still a step forward. MPR’s Alex Friedrich says, “Democrats in the Minnesota Senate have revised a plan to provide free education to students at the state’s two-year community and technical colleges. After criticism that the initial cost was too high, Sen. LeRoy Stumpf, DFL-Plummer, today announced a revised proposal to make community and technical colleges free for selected Minnesota students. Under Stumpf’s modified bill, about 3,500 students could attend college without paying tuition for two years, at a cost to taxpayers of nearly $31 million. That’s a far cry from the 25,000 students that initial estimates indicated could qualify.”

The newsworthy headline would be if he didn’t “face obstacles.” At WCCO-TV Pat Kessler says, “Minnesota’s governor today outlined on Tuesday his wish list for state construction projects. … Nearly half of the projects are outside the Twin Cities. The plan includes a host of hyper-local projects: a fire hall and swimming pool for tiny Hallock in far northeastern Minnesota and dam repairs in Lanesboro in the far southeastern part of the state. ‘For these smaller communities who don’t have the fiscal capacity that the state has, it’s either this or nothing,’ he said. If it’s all or nothing, the powerful Republican House Speaker Kurt Daudt will take nothing. He said the state is on a spending binge. ‘Frankly, state government spending has been on a much higher increase than family budgets can bear,’ Daudt said. ‘We think it has slowed economic growth in the state of Minnesota.’” And I think the moon is made out of cheese.

The Strib editorial board is pretty much down with the bonding bill though. “The trick is to take advantage of low interest rates, favorable construction costs and adequate fiscal capacity for more debt service to build needed public facilities at a bargain price. That’s why this page recommended large state bonding bills during the Great Recession years — advice that was not often heeded as the political appeal of austerity suppressed legislators’ appetites for a bargain. The construction discount that was available during the downturn has ended.”

The Strib board also likes the new meeting of minds on advanced bio-fuels. “But a recent compromise between two influential special interests — the state’s agricultural industry and its environmental watchdogs — is a timely reminder that job growth and resource protection can go hand in hand. It doesn’t have to be an either-or proposition. The critical issue on which these lobbying powerhouses are plowing common ground involves a ripening technology — advanced biofuels that are derived from corn-crop residue (think leftover stalks) or other crops such as switch grass. More specifically, an accord was reached on legislation that would provide $5 million in production-based incentives over the next two fiscal years to attract new advanced biofuel plants or spur additional capacity to utilize corn residue, perennials or cover crops.”

Slow day on the Capitol beat. The PiPress’s Rachel Stassen-Berger mulls our trendiness. “Given that [Gov.] Dayton spent his last two years with an all DFL-controlled Legislature, the state did become what Republican Sen. Dave Osmek calls a ‘liberal utopia.’ Minimum wage and taxes for high-income residents went up, gay marriage became legal and the health care overhaul was put firmly in place. And no, the state did not collapse. ‘I think it would be natural for a liberal-leaning group to say, ‘See? When you pass these things, everything is coming up roses,’  said Sen. Dave Thompson, R-Lakeville. But, Osmek said, it won’t last.” That’s what they’re there for.

Clearly, a suds bubble. Says Jon Collins at MPR, “The state of Minnesota is projecting that the number of licensed breweries will rise to 111 in 2015 — up from just five breweries a decade ago. The alcohol and gambling enforcement arm of the Minnesota Department of Public Safety predicts a more than 60 percent increase over 2014 numbers. The agency is in charge of licensing breweries, and works with new brewers to ensure they can meet requirements.”

Why not? Curtis Gilbert at MPR reports, “Cell phone antennas could adorn as many as 4,500 streetlights in downtown Minneapolis, under a proposal that won approval from a City Council committee on Tuesday. Cell phone providers say they need to add bandwidth to accommodate large crowds armed with increasingly data-hungry wireless devices. If the city doesn’t allow the new antennas on its light poles and traffic lights, federal law would give the companies the right to install their own poles.” Or we could buy our own Google balloon.

Some of these new models are just so dang comfortable. Liz Sawyer of the Strib: “A Brooklyn Center man was arrested after police say he fell asleep while inside a vehicle he was attempting to steal from a used car dealership. … While attempting to show customers a 2013 red Subaru in the lot, an employee found a man sleeping in the passenger seat, according to the criminal complaint. Carmotive’s manager told police there was significant damage to the steering column and console area during the apparent car-theft attempt. The damage is estimated at more than $5,000. Dean Alan Bergren, 43, was arrested at the scene, where police say they found 22.5 grams of marijuana in plastic baggies sticking out of his pockets.”

Is melting a good enough excuse? Says Mara Gottfried in the PiPress, “A fire destroyed a 66-year-old man’s house in St. Paul and everything in it, including the TVs, but his cable service? He couldn’t get it canceled, at first. Jimmy Ware lost all his possessions in the wind-whipped fire in St. Paul’s North End on April 1. Since then, his daughter said, she had been calling Comcast but was unable to cut off his service until Tuesday, when the company did so and issued an apology.”

You know who you are. In a piece titled, “Top 10 Ways Not To Be An [bleep]hole at a Concert”, City Pages’ Youa Vang writes, “5. Help someone up if they fall  If someone falls in the pit — help them up — but if they fall while walking because they chose to wear inappropriate high heels out to a show, it’s okay to laugh. They are stupid and deserve all the ridicule they’ll get.” I assume these rules apply at the next All-Star Klezmer concert.