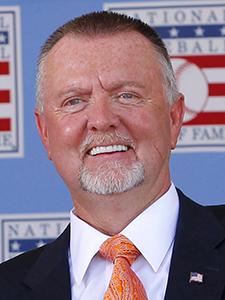 But was he wrong? Bert (no last name needed) peeved some Detroit loyalists while cooling his jets during yesterday’s rain delay. says James Schmehl for Michiganlive.com, “Minnesota Twins color commentator Bert Blyleven had some time on his hands during a rain delay between Detroit Tigers and Minnesota Twins on Thursday. He spent it by taking a couple shots at the city of Detroit. The Hall of Fame pitcher upset several Detroiters when he sent a tweet that seemingly trashed the city’s skyline to his 30,000-plus followers. See below. ‘Maybe they meant 4:45? It is the best I have seen downtown Detroit though! Thank you low clouds!’ … It didn’t go unnoticed as several fans responded to his jab on social media, which prompted Blyleven to tweet another ill-advised comment about downtown Detroit. ‘Guess I ruffled some feathers with my last tweet about download Detroit! Guess all you that responded haven’t seen how ugly your downtown is.’”

Dayton took the State of State to the GOP last night. On the Governor’s speech, here’s WCCO-TV’s Pat Kessler: “Dayton was bullish Thursday night, unapologetic and aggressive about his far-reaching legislative programs and critical of Republicans, who he said refuse to acknowledge how well Minnesota’s doing. The address came with Minnesota’s economy booming — near record low unemployment and record high budget surplus.

KSTP-TV’s story says, “It comes in a year in which Dayton is challenging popular opinion on many fronts. None is greater than his call for a higher gas tax for transportation projects at a time when Minnesota’s budget is running a surplus. Dayton argues transportation needs a consistent revenue stream for years to come. But a unified Republican front and some Democrats are reluctant to pass a gas tax.”

For the Grand Forks Herald, Don Davis writes, “Dayton was critical of Republicans, who propose a transportation funding package less aggressive than the Democratic governor, who wants to add a new gasoline tax. The GOP plan to partially fund transportation by taking money from other programs ‘will inevitably pit those needs against educating our children, caring properly for our elderly, enhancing our natural resources, fulfilling the important promises of the Working Parents Act and providing quality, affordable health care for all our citizens,’ Dayton said.”

For the Strib, Lori Sturdevant says, “By waiting until only five weeks remain of the 2015 legislative session to give his customary message, Dayton turned his message into a summation of sales pitches he made earlier this year, and about which legislators’ minds are made up. Ideas that might have carried bipartisan potential in January sounded Thursday like a closing argument for this year’s DFL agenda. The speech’s sharply divided response in the House chamber — DFLers on their feet cheering, Republicans sitting on their hands — told the story. No unexpected policy ideas were presented. It’s too late in the session for new agenda items.”

Elsewhere, colleague Patrick Condon writes, “Even as Dayton was putting the final touches on his speech Thursday, Republican legislators were rolling out budget bills with steep spending reductions, including in state money to bring broadband Internet to rural areas and several job-creation funds.”

MPR’s Tom Scheck adds, “[GOP Rep. Pat] Garofalo said a hardwired system for rural broadband is too expensive. He said wireless and satellite Internet are better options. ‘The migration of technology is toward wireless and satellite deployments, and you can get far more coverage at a lower price by using wireless instead of fixed fiber,’ Garofalo said. ‘We’ll see where the technology takes us, but it’s pretty clear that around the world even high density areas are using wireless because the infrastructure costs are so much cheaper.’ Garofalo’s comments on broadband were quickly criticized by Gov. Dayton’s administration and the Coalition of Greater Minnesota Cities, a group lobbying on behalf of rural interests.”

The PiPress’s Bill Salisbury says, “Education was at the top of Dayton’s priority list. Although the state has significantly increased funding for schools since he took office, Dayton said, Minnesota’s financial commitment to students is 24th or ‘just average’ among the states. ‘Just average is not nearly good enough.’”

At KMSP-TV Jack Highberger says, “Dayton thanked state funding for allowing 99.6 percent of Minnesota’s 5-year-olds to be enrolled in all-day kindergarten classes. It’s offered in all but one of the state’s 954 public elementary schools. Dayton’s supplemental budget plan released in March sets aside more money for targeted tax relief, nursing homes, welfare grants, preschool programs and college aid. He proposed Thursday to continue a two-year tuition freeze at the University of Minnesota and Minnesota State Colleges and Universities.”

Stribber Dave Shaffer checks out the fracas over GOP Rep. Pat Garofolo’s energy bill. “The flap over energy policy reflects the political divide at the State Capitol. Much of the energy plan being considered in the Republican-controlled House is the polar opposite of that pending in the DFL-controlled Senate. ‘This bill results in carbon dioxide reductions,’ Garofalo said in summing up his approach. Critics say Garofalo’s package would undercut the mandate that investor-owned utilities get 1.5 percent of their power from solar, end rooftop solar rebate programs, including one for Minnesota-made panels, and repeal mandatory conservation programs by electric and natural gas utilities in 2016.”

You can imagine the jokes on this one. Jenae Hackensmith of the Austin Daily Herald reports, “About $70,000 worth of bull semen was stolen from a barn in rural LeRoy. According to Mower County Sheriff Terese Amazi, a LeRoy man reported on Tuesday that a storage canister with vials of bull semen was taken from his unlocked barn/milking parlor somewhere between April 1 through 7. … The canister was worth about $500, and the vials of semen were worth from $300 to $1,500 apiece.”

Chutzpah alert. Says Eric Roper in the Strib, “Owners of Minnesota’s new professional soccer franchise are headed to the Capitol next week to begin meeting with legislators as they seek a path to building a new stadium just outside of downtown Minneapolis. Senate Majority Leader Tom Bakk’s office confirmed that he will meet Tuesday with Minnesota United FC team owner Bill McGuire. A team spokesman said other private meetings with legislators will likely follow … .”

Review management services? Susan Du at City Pages says, “The hugely popular customer review site Yelp is a one-stop source for making impulsive decisions on where to spend money. Yet some small businesses on the receiving end of those reviews swear that Yelp has a way of manipulating the star rating system for cash. Jodi Schoenauer, currently marketing director for eTouchMenu, says she had miserable experiences with Yelp when she used to run the marketing departments of Edina’s Parasole Restaurant Holdings and Minneapolis’s the Melting Pot. She says Yelp sales reps would call her about each of the 14 restaurants under her responsibility and try to sell her ‘review management’ services. ‘It would be, ‘You have negative reviews and it’s really going to hurt your business. The cost of a negative review to a business is somewhere around a $6,000 loss to your business, and we can help you manage these reviews,’ Schoenauer says of the phone calls she’d receive from Yelp.”