The new “shame of Minneapolis.” Spurred by the ACLU’s recent report on huge disparities in arrest rates between Minneapolis’ minority and white residents, The American Prospect went deep on the many ways the city fails its citizens of color. Justin Miller reports, “Minneapolis often shines brightly when in the national spotlight. It’s a ‘miracle’ city that’s managed to weather the economic downturn better than any place in the country. Unemployment is low. Education levels are high. It’s the healthiest city in the country. It’s perceived as a bastion of progressivism; an active city with plenty of opportunity. … However true this narrative is, it’s a white façade. … Racial disparities in Minneapolis—and Minnesota in general—are not limited to oppressive policing tactics. Educational achievement, homeownership, unemployment, income, and wealth gaps are vast as well.”

In other Minneapolis police news, there’s a new gang unit in town. Reports the Star Tribune’s Nicole Norfleet: “When a gang-related shooting happens, it often doesn’t end with just one incident. A single shooting can lead to a widening web of violence and chaos. … So Minneapolis police have formed a new gang unit designed to take a more sophisticated approach to the threat of retaliatory bloodshed between gangs. … ‘This violence tends to go back and forth,’ said Cmdr. Scott Gerlicher, who is in charge of Minneapolis police strategic analysis and oversees the unit. ‘We have some officers here who can be dedicated to try to intervene and disrupt that cycle of violence.’ ”

So two atoms are walking down the street by the U, and one of them gets hit by a light rail train. Says the other atom, “Are you okay?” “I think so, but I think I lost one of my electrons,” replies the first. “Are you sure?” “I’m positive!” We’re not scientists, but that seems to be pretty much the gist of the U’s renewed concern over the Green Line. “University of Minnesota and transit officials who thought they could stop worrying about the Green Line’s potential disruptions to lab experiments are having to think again,” reports MPR’s Riham Feshir. “ ‘If you put a magnet up to a compass, the compass goes haywire and you’re not able to get a good reading,’ [University Services chief of staff Leslie Krueger] said. ‘Now imagine the train, or LRT, as that magnet, and our sensitive research equipment is that compass.’ ” 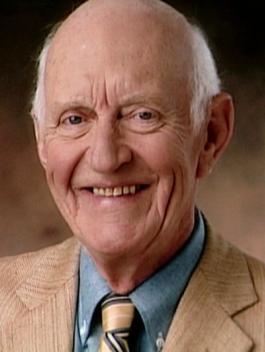 Only sixth? The New York Times’ Upshot made a list of the most cursed sports cities, and Minneapolis-St. Paul made the top 10. Their blurb for the Twin Cities ends on a positive note, though: “The Twin Cities do have reasons for optimism, thanks to promising young players on both the Vikings and Timberwolves – the latter of which will also pick first in this month’s N.B.A. draft.”

R.I.P. Bud Kraehling. Kristin Tillotson wrote the Star Tribune’s obituary: “Bud Kraehling didn’t have a meteorology degree. But for nearly 50 years, his was the weather forecast Minnesotans trusted. … Kraehling, who died Wednesday night at age 96 from cancer, was a pioneer of Twin Cities television news programming, whose reassuring, jovial manner made viewers come to see him as a friend sitting in their living rooms. He was part of a historic on-air team including late anchorman Dave Moore that was beloved by baby boomers and their parents in the 1950s and ’60s.”

How long before this gets hacked? U of M student designs “smart” water bottle. [Gizmag]

Things we learn: you can saw your neighbor’s garage in half, provided they built it on your land. [Duluth News Tribune]

You could own this totally stoned house in Northeast Minneapolis for a cool $150k [Edina Realty, h/t @StuffaboutMpls]