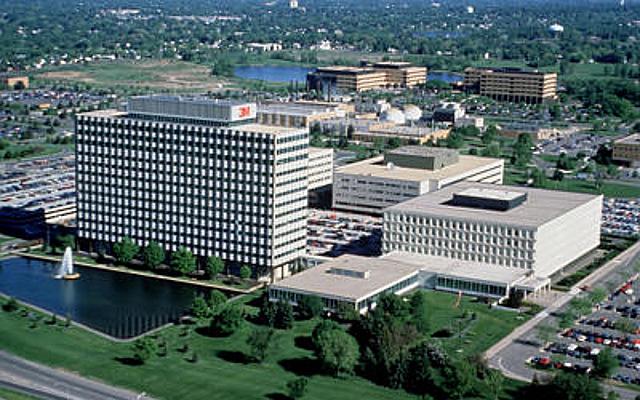 Andy Rathbun at the Pioneer Press reports a body was found Friday morning on 3M’s campus in Maplewood: “Police and paramedics responded at 6:15 a.m. to a report of a person on the ground near Hudson Road and Century Avenue, and a man believed to be in his 30s was pronounced dead at the scene, according to Maplewood police.”

Responding to on-going rehabilitation. Maura Lerner at the Star Tribune reports that University of Minnesota scientists will now be barred from accepting consulting fees from companies that sponsor their research: “In the past, U scientists were permitted to do research for drug companies while serving as their paid consultants at the same time. Under the new plan, they’ll have to choose one or the other, Tremaine said. ‘That’s going to be threatening to some individuals,’ he noted. ‘It’s your choice. If you want the payments, then don’t do the research.’“

KSTP reports two people were robbed at gunpoint around 2 a.m. Friday morning near the University of Minnesota campus: “Police say the two victims were approached by two suspects, who asked for a cigarette. One showed a gun and demanded their valuables, according to an alert sent to U of M students. The victims handed over their wallets and electronics and were not hurt.”

Last year’s turtle race is almost over. WCCO has a post on Canterbury Park canceling the ostrich race during Extreme Race Day due to the state rule regarding the spread bird flu: “Camels and zebras will still take part in this year’s event, but Canterbury is searching for another exotic animal to race in place of the banished bird.”

David Shaffer at the Star Tribune reports the city of Cologne has signed a deal to go all-solar for its municipal electricity: “Under the deal, the city’s share of the solar garden — the output of about 2,700 panels — will generate during sunny times more power than the city needs for its City Hall, water pumps and other uses. The extra solar power goes on the grid, offsetting electricity the city draws at other times from Xcel Energy Inc., which remains the city’s power supplier.”

The Minnesota Department of Corrections is looking for 40-year-old Patrick James Buswell who walked away from a minimum-security unit in Stillwater on Friday. [KSTP]

Watch the construction of CHS Field, from August 2013 through May 2015, in a minute and a half: