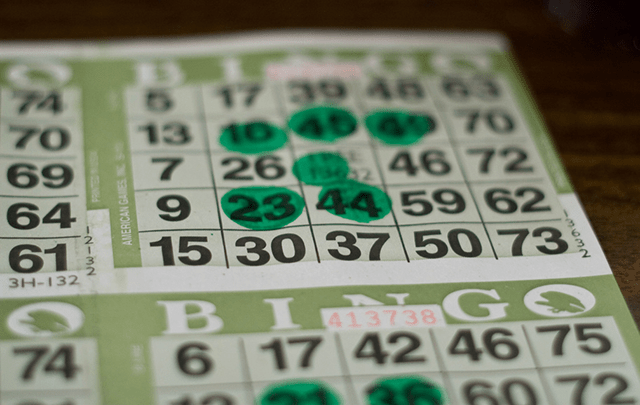 Clearly a burgeoning source of stadium tax revenue. Marcus Howard’s Strib story on new laws coming on the books Wednesday includes big news for bingo junkies. “Thousands of students at Minnesota’s two-year colleges will see tuition relief, doctors will find it easier to practice long-distance medicine and seniors will get to play more bingo under a raft of new laws that will take effect July 1. … Expand the definition of gambling equipment to include software that supports electronic bingo games. In addition, organizations catering to seniors would be able to offer bingo more than twice a week.” The tag line could be, “Grannies for Football.”

The Mining Truth coalition is keeping the pressure on the Governor … to keep the pressure on PolyMet. Says Dan Kraker for MPR, “Environmental groups implored Gov. Mark Dayton on Monday to push for changes to PolyMet Mining’s plans to mine copper, nickel and precious metals near the Boundary Waters. They claim the changes will help prevent a potentially catastrophic accident in a water-rich and ecologically sensitive region of the state. … environmental groups, calling themselves Mining Truth, want Dayton to step in now. They say the report acknowledges that water quality treatment will be needed ‘indefinitely’ after the mine closes to prevent water pollution from escaping.”

Load the corporate tax-cut siege guns. Adam Belz of the Strib reports on a new head of the state’s Chamber of Commerce. “[Douglas] Loon, 50, grew up in South Dakota, worked in Washington for a Pennsylvania senator and has been based in Minnesota since 1998. His wife, ­Jenifer Loon, is a Republican state representative from Eden Prairie. … Last week, the annual ranking by CNBC of the business environment in states — which named Minnesota the best state for business — provided a new moment for Democrats and Republicans to square off over what they believe is ­driving the state’s success. In an interview, Loon said CNBC’s accolade doesn’t mean the state can’t improve and pointed to the TV ­network’s finding of high taxes as a disadvantage for Minnesota businesses.”

In the PiPress, Jaime DeLage says this: “Loon said he’s not too worried about efforts in South Dakota and other low-tax states to lure Minnesota business away. He said Minnesota’s strong workforce and educational system help it compete. ‘We need to recognize competition where it exists, and do the best we can to improve our competitiveness with surrounding states,’ he said. ‘But just focusing on neighboring states is incredibly short sighted. We need to think globally — are we a high-tax state? Is there overregulation in the state? If there are weaknesses, let’s look for solutions to address them in a collaborative way.’” His marching orders seem clear.

Christopher Magan at the PiPress has a piece on licensing hassles established teachers from out-of-state face trying to work in Minnesota. “It should soon be easier for Kirstin Rogers and educators like her to be licensed to teach in Minnesota. Rogers was recognized as a top educator during her more than decade-long middle school teaching career in Utah, but when she tried to get a permanent license in Minnesota, Rogers was told to go back to school.”

Did they check him for expired tabs while they had him? Don Davis of the Forum News Service says, “The trooper who has been the Minnesota State Patrol’s face in western Minnesota faces charges of driving 94 mph in a 55-mph zone. Sgt. Jesse Grabow’s duties as public information officer will be handled by other troopers during an internal investigation into the April incident. … The patrol did not explain why the speeding charge was not filed earlier.”

Talk about a sweet fight. Stribber Jim Spencer says, “An unexpected declaration of war by corn syrup makers against sugar refiners in the nation’s capital will likely resonate in Minnesota’s Red River Valley. The Corn Refiners Association, a trade group made up of four giant agribusinesses, including Minnetonka-based Cargill, has hired lobbyists to gut a part of the U.S. sugar program that lets sugar makers pay back government loans with sugar instead of cash. Minnesota’s nation-leading sugar beet growers consider the program’s controversial but long-standing combination of price supports, loan guarantees and import quotas crucial to their survival.” Remind me, how are Coke and Pepsi sales doing?

Entirely coincidentally, I think. Christopher Snowbeck of the Strib reports, “Sugary sodas are becoming scarce at HealthPartners. The Bloomington-based nonprofit said Monday it would remove at least 80 percent of all sugary beverages from its network of hospitals and clinics next year. The same goes at headquarters for the nonprofit’s health insurance business. Drinks with sweeteners that add calories will be eliminated by Jan. 1 from vending machines and cafeterias at Methodist Hospital in St. Louis Park, plus the Park Nicollet network of clinics.” Have they run the numbers on how this will affect their diabetes treatment programs?

It’s scare season again. Says Andy Rathbun of the PiPress, “The dollar loss attributed to property damage caused by fireworks in 2014 was the highest in at least a decade, according to Minnesota’s Public Safety Department. Last year, 37 cases were reported to the Minnesota Fire Incident Reporting System, with the damage totaling $1,748,610. Of that amount, $1.3 million was attributed to a vehicle storage fire in Zumbrota, but the total cost of the other incidents last year — two of which made up a large amount of the remaining total — still is higher than any year going back to at least 2004.” I tell ya, you’ll put your eye out!

In case you didn’t get your morning edition of The Cannabist. They have a Kyle Potter AP story on our heavily regulated and expensive medicinal pot program. “Kathy Schroeder’s difficult path shows how the medical polishes on Minnesota’s program look more like hurdles to some patients. On paper, her multiple sclerosis and glaucoma — two of the nine conditions that qualify — made her a perfect fit. But like many residents, the 63-year-old struggled to get a doctor’s signature to sign up for the program. Prodding a second doctor paid off for her, but Schroeder isn’t sure whether she can even afford a month’s worth of medicine, which Kinglsey said may sell for up to $600. Still, she’ll make the 180-mile round trip Wednesday from her home near Rochester to MinnMed’s Minneapolis facility. ‘I knew it was going to be bad, I had no idea it was going to be this bad,’ her daughter Maren Schroeder said.” I saw an ad for a round trip to Denver for $129.

At TIME, Alexandra Sifferlin says, “While legalization advocates hailed the new rules as a step forward, they argued that Minnesota’s approach was unusually restrictive, potentially excluding patients living in rural areas or on tight budgets from obtaining the drugs.”

Still more good ol’ country … boys. Says Paul Walsh in the Strib, “Country music star Keith Urban has a grandstand date at the Minnesota State Fair, officials announced Monday. Urban’s ‘Raise ’Em Up’ tour will be at the fair on the night of Aug. 28.  … He has been married to Nicole Kidman, a fellow Australian, for nine years. They have two children and celebrated their wedding anniversary last week.” Really? Those two are an item? They should get a publicist and let everyone know.