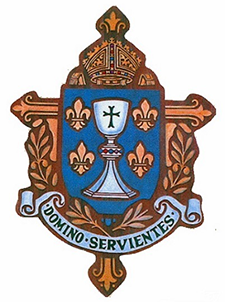 Trouble for the Diocese of St. Cloud. “A Stearns County judge has ruled that a public nuisance claim against the Diocese of St. Cloud by an alleged victim of priest sex abuse may proceed, a move that could pry open the Catholic diocese’s clergy abuse files on the priest sued and all others,” reports Jean Hopfensperger in the Star Tribune. “The St. Cloud diocese lawsuit was filed by a man who says he was sexually abused in the early 1970s by Rev. James Thoennes in the city of Foley. It says the diocese was aware that Thoennes had abused at least one other child previously.”

Why we can’t have nice things. KMSP’s Ted Haller reports, “Terror concerns shut down a historic Air Force Reserve institution at Minneapolis-St. Paul International Airport after May 8 ‘until further notice,’ but now they’ve confirmed it’ll be shut down permanently. … ‘Three factors led to this decision,’ Paul Zadach, a 934th Airlift Wing spokesperson, said. ‘The cost of maintaining the building, declining club membership and costs of operating two clubs (the Officer’s Club and Services Club) and the biggest concern, security of the patrons using the Club.’ ”

For a small town, Lake Elmo seems to have an outsize level of political dysfunction. City Pages’ Cory Zurowski attempts to get to the bottom of why: “Now, everything has gone to hell. And in the middle of the little city with growing pains is Lake Elmo City Council member Anne Smith, who seems to leave behind a scorched earth in all that she touches. … Over the past year, Smith appears to be the one constant in the incessant piss fight that has overrun the city’s political scene.”

Big data comes to the library — nothing at all concerning about that. MPR’s Curtis Gilbert has the story: “St. Paul Public Library plans to start testing new software to help find some answers. The program connects the data libraries have — like addresses — to other databases. It then creates a demographic profile of patrons. Hadley says new information will give her a better idea of who’s using the library and who isn’t.”

Today’s List: In Thrillist’s “Definitive and Final Ranking of All 50 States” (finally!), Minnesota comes in at #7 — not too shabby. Among Minnesota’s virtues: lakes, non-rude people, and “legendary” summers.

The grills were as fiery as the rhetoric at Rep. Rick Nolan’s campaign barbecue. [Brainerd Dispatch]

The Washington Post collected data on all the people shot dead by police so far this year, including five in Minnesota.

Nothing to get in their way: “The Straightest Roads in the World Are in Midwest America” [Citylab]

Oh, just a 6-year-old starting up a helicopter in Mankato. [Pioneer Press]