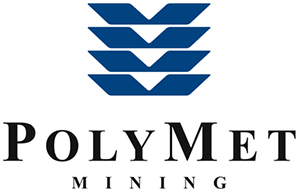 PolyMet’s copper nickel mining plans are moving ahead. Says Ricardo Lopez in the Strib, “PolyMet Mining Corporation’s proposal for a copper-nickel mine in northeastern Minnesota cleared one of its biggest hurdles Tuesday, with the release of a preliminary report that appears to lay a path for the controversial project. The report, a massive document tallying more than 3,000 pages, shows that with proper engineering controls, the open pit mine would not significantly affect water quality in the region or cumulatively affect endangered or threatened plant or animal species.”

You were expecting maybe Wally the Beer Man or Bob Lurtsema? Rochelle Olson of the Strib says of the new Super Bowl host committee: “[Maureen] Bausch said she needs a ‘bold team’ to showcase ‘Minnesota and the Bold North to the world.’ The hirings mark her first significant staffing moves since taking the job at the end of last year. David Haselman will be chief operating officer, the strategist behind all logistics from permits and police to traffic management. Wendy Williams Blackshaw was hired as senior vice president of marketing and sales. And Dana Nelson will be executive director of the 2018 Legacy Fund, a charitable fund that will have a lasting impact on the state.”

Ol’ Sooch thinks we should go easy on John C. Calhoun and this name-changing thing. In the PiPress, Joe Soucheray says, “ … Calhoun was a proponent of slavery, which probably did not distinguish him from very many of his contemporaries. But we have no evidence that Calhoun ever shot up a church or otherwise mistreated anybody given the norms of his day. Of course, it would be grand to look back at our history and find only the purest of hearts and intentions. But that introduces a litmus test of applying modern sensibilities to politicians who roamed the Earth 200 years ago. Never mind that changing the name of Lake Calhoun is tantamount to letting mass murderers decide the fate of the names of places and things. The self-appointed guardians of our virtue would not be satisfied to limit their challenges to things named for slaveholders.” And how do feel about Henry Sibley, Joe?

The City Administrator of Austin states what is now the obvious in a Strib commentary. Says Craig Clark: “ … while Gov. Mark Dayton made a decisive push for LGA in 2014 that provided relief for the deferred needs of many rural communities, we continue to be below the program’s 2002 non-inflationary authorized levels. Local government aid recognizes the difficulties that low-tax-base cities have providing resources for core services and it continues to prove its effectiveness every day that LGA works. Imagine Austin needing to increase taxes 284 percent to replace its partnership with the state. While we still have challenges, the LGA program ensures that all Minnesota communities have a similar ability to provide basic services.”

Another water-related issue.  Stribber Doug Smith says, “This spring, the Department of Natural Resources collected 582 million walleye eggs that produced about 411 million mosquito-size walleye fry. Nearly 300 million were dumped into 272 lakes; the rest went into DNR rearing ponds, where they will grow to 4- to 6-inch fingerlings before they are stocked into other lakes this fall.” Do we have to throw them all back?

Like, you can wear it, man. The AP says, “A once-banished crop could soon sprout legally again in select Minnesota farm fields: hemp plants that lead to oils, lotions, seeds, rope fibers and other industrial uses. Minnesota lawmakers approved the ‘Industrial Hemp Development Act’ this month, making theirs the latest among an expanding network of states to reconsider the commodity potential of the cannabis cousin to marijuana. But don’t bet on a sudden hemp boom because federal restrictions on cultivation and sales are prompting a cautious approach from Minnesota regulators.”

What next, they’ll accept evolution and a round Earth? MPR’s Catharine Richert says, “When the Republican-controlled Minnesota House debated an energy bill earlier this year, Democrats offered an amendment that would have had the Legislature state on the record that climate change is real and caused by human activity. The amendment failed, but the debate revealed how a national trend among Republicans is playing out in Minnesota: As public opinion on climate change shifts, the ways Republicans are talking about it are too.”

And now … the Boy Scouts. Brandt Williams at MPR reports, “Ramsey County Board Chair Jim McDonough filed a lawsuit Tuesday against the Boy Scouts of America and a local affiliate, alleging that a scoutmaster sexually abused him more than 40 years ago. With his wife sitting on his right and his lawyer on his left, during a press conference McDonough made public a very private part of his life. If not for a state law that allows adult victims of childhood abuse to sue in civil court, he said he may not have come forward.”

What!? So no jail time!? MPR’s Riham Feshir says, “Minneapolis prosecutors dismissed charges against four of the five men charged in last month’s pedal pub water balloon attack. City Attorney Susan Segal said after the Tuesday hearing in Hennepin County District Court there wasn’t enough evidence to continue with the cases against those four men. ‘We could not match up individual actors with the conduct that was witnessed,’ she said. ‘That’s not to say that we approve or condone the kind of conduct that was involved here.’”

In the Pioneer Press Rachel Stassen-Berger says nice things about House Speaker Kurt Daudt. “ … as Democrats question wins this session by Senate Majority Leader Tom Bakk, DFL-Cook, and Dayton, the speaker, just five years into his legislative career, is widely acknowledged to have had a successful session. In negotiations, Daudt maintained faith within his caucus and still ended up respected by DFLers. Meanwhile, Bakk’s hold on leadership is tenuous and Dayton had to accept several policy measures he swore he would not. Like Daudt, who acknowledged earlier this year that he is ‘more of a political mind than a policy wonk,’ the speaker’s successes in his first year are built more on style and personality than policy.”