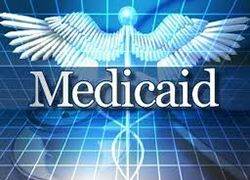 Unpaid medical bills have not decreased in Minnesota. Says the ​Star Tribune’s Christopher Snowbeck​: “Growth in Medicaid coverage under the federal health law has helped hospitals in some states significantly lower the amount of debt from patients who don’t pay their bills, according to a new report. It’s been a different story with Medicaid expansion in Minnesota, where hospitals traditionally have had less of what’s called ‘bad debt.’ A Star Tribune analysis shows that unpaid bills at Minnesota health systems increased by nearly $80 million last year, but accounted for a similar share of overall revenue — about 2.6 percent — as they did during the previous fiscal year.”

Come on. MarijuanaDoctors.com? ​Kyle Potter of the AP reports, “A new clinic promising to help patients get signed up for Minnesota’s medical marijuana program has been suspended by the state, a potential blow to hopeful patients and a New York  company seeking to connect them with willing doctors. The Minnesota Certification Clinic in Bloomington billed itself as a solution for residents struggling to get a physicians’ sign­off to obtain medical marijuana. But the clinic informed would-­be patients Tuesday in an email obtained by The Associated Press that it was canceling all appointments for certification. … It’s a sign of trouble for MarijuanaDoctors.com, a New York firm instrumental in setting up the Bloomington clinic with nearly a dozen more in the works. Their business model, routing residents anxious to try medical marijuana to clinics friendly to the new medication, is clashing with state regulations … .”

Oh, and rail safety, too. Says ​Tim Pugmire for MPR​,“With the scope of a special session still unresolved, DFL Gov. Mark Dayton went to St. Paul Park Tuesday to talk about railroad safety. Dayton met with city officials and local legislators. He then toured the site of a weekend crossing accident between a semi and an oil train. No one was hurt, but Dayton said it highlights the need for more investments in rail crossing improvements. ‘To leave $1 billion on the bottom line, when these kind of projects are urgently needed for public safety, is just astonishing to me,’ Dayton said.”

Ready made for an episode of “Cops.” ​Emily Welker of the Forum News Service​ says, “A Borup man faces several charges after allegedly trying to fight a police dog and eat nearly 3½ grams of methamphetamine in front of arresting officers who confiscated it from him following a high­speed chase.”

Thank you, Gov. Walker. At ​KMSP­TV, Lindsay LaBelle says, “A pair of UW­Madison chemistry teachers who specifically chose the university to pursue their passion are packing up and heading to the University of Minnesota. Several reasons were cited for the move, including Minnesota’s high­ranking nationwide chemical engineering program, which is just above Wisconsin’s, but they also blamed budget cuts. Mahesh Mahanthappa is a tenured, 39­-year-­old professor, who said Minnesota had been pulling him in since last fall and the offer was just too good to refuse. But ​the Wisconsin State Journal​ added state lawmaker’s attitudes toward faculty aren’t the nicest, plus the dismal financial outlook for the UW System.”

Someone will need to check and see what this means for Rep. Kline’s fund­raising. ​Maura Lerner of the Strib​ says, “Anthem College, a health­career school in St. Louis Park, has quietly closed shop after 18 years in Minnesota. It’s the second for­profit college to fold its operation in Minnesota this year, in what has become a summer of struggles for corporate-owned career schools. … Anthem, which owned 43 colleges nationwide, recently announced that it may sell or close a third of its campuses as part of a larger ‘financial restructuring.’” Yeah, it may be time to “right-­size” some student bodies.

Strib ​columnist Jon Tevlin​ doesn’t like much of anything about the state auditor flap. “Why the Republicans agreed to undercutting the office by allowing counties to audit themselves is puzzling. Thirteen of 18 state auditors have been Republicans, so they are likely to just get the job back soon, albeit a vastly weakened job. Some legislators I spoke to think it’s simply an ideological agenda to privatize anything done by government.” That does sound familiar.

Let’s see, “Red sky at morning, sailors take warning. Yellow sky all day, look toward Hudson Bay”? ​Dan Kraker at MPR tells us​,“Smoke from wildfires burning hundreds of miles away in Canada is affecting northern Minnesota’s air quality. Most of the smoke is trapped in the upper levels of the atmosphere, making it difficult to smell. But the Minnesota Pollution Control Agency says it’s causing unhealthy levels of fine particles in Ely and other parts of Minnesota’s Arrowhead region.”

Tell you what, we’ll donate it for you. ​Jamie DeLage of the PiPress says​, “A Dakota County judge has denied a convicted cop killer’s bid to reclaim $3,000 in cash that was seized during his arrest. But he can ask again later. District Judge Karen Asphaug ruled last week that it was too soon to decide whether Brian Fitch has a legitimate claim to the money because the appeal of his conviction is still pending. Attorneys for Fitch, who was convicted in February of killing Mendota Heights officer Scott Patrick last summer, had argued that police did not file a timely notice of forfeiture and should return the money.”

Walker Watch: ​The AP says​,“The Wisconsin state Senate has advanced a fast­-tracked bill that would ban non­emergency abortions after 20 weeks of pregnancy. The Republican­controlled Senate passed the measure Tuesday night on a 19-­14 vote on party lines. … The bill’s supporters say a 20-­week-old fetus can feel pain and shouldn’t be subject to abortion procedures. Opponents contend that a fetus can’t experience pain until after the third trimester begins at 27 weeks. Republican Assembly Speaker Robin Vos hasn’t said yet when the Assembly will take up the measure. Gov. Scott Walker has said he would sign the bill.”

Mike Rietmulder at City Pages​ has a list of the legislature’s most productive members this past session. “On the Senate side, Senators Vicki Jensen, DFL­Owatonna, and Kathy Sheran, DFL­Mankato topped the leader board, each with six bills they chiefly authored that got the guv’s signature. Jensen started the year with a slam­dunk flood relief bill, steering $17 million in disaster aid to southern Minnesota, before winning a MNsure tweak to help patient advocates get paid. Senator Sheran, who chairs the Health, Human Services and Housing committee, triggered a study for developing a silver alert system for missing seniors and expanded assault projections for people working with ‘the mentally ill and dangerous patients.’ … 30 Minnesota state senators and 83 representatives failed to turn a standalone bill into law.”