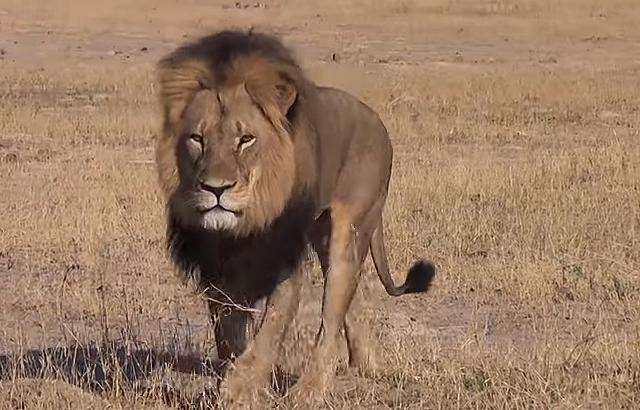 It’s hard to imagine how an otherwise average guy could bring worse publicity down on himself: It’s a full, dog days pile-on in the story of Eden Prairie dentist, Walter Palmer. Says Matt DeLong in the Strib, “The Twin Cities were at the center of a major international story Tuesday after a dentist from Eden Prairie was named by conservationists as the hunter who illegally killed Cecil, a beloved lion who lived in Zimbabwe’s Hwange National Park, with a bow and arrow on July 1. … Palmer is listed as a member of the trophy hunting organization Safari Club International. His profile on SCI’s website lists 43 kills, including caribou, moose, deer, buffalo, a polar bear and mountain lion.” A polar bear!?

For KMSP-TV Lindsey LaBelle’s story says, “The shades at Palmer’s dental practice were drawn on Tuesday. A dental staffer told Fox 9 it would likely be closed for the remainder of the week, and its website has been shut down.  Meanwhile, people from all over the country have taken to his practice’s Yelp page to compose nasty reviews and various hate messages.”

Jessica Miles of KSTP posts a photo of the front door of Palmer’s office plastered with a nasty sign … and piles of plush animal toys.

Bill Hudson of WCCO-TV reports, “Outside the dentist office, protester Christopher Flugge said, ‘Any hunter that is actually worth a damn will probably find it incredibly disrespectful and repulsive.’ … Social media sites are lighting up with nasty comments directed towards Palmer and his hunting party, many of which are too inflammatory to publish. The feelings of Jean Flugge were calm by comparison.”

In The Washington Post Caitlin Dewey says, “There is no Yelp quite like revenge Yelp — and revenge Yelp is out in full force today. It has found the business page for Walter Palmer, the Minnesota dentist who shot a beloved African lion, and bombarded it with more than 1,500 one-star ratings. Palmer’s other online accounts weren’t spared either, of course: The Facebook page of River Bluff Dental, where Palmer works, also was flooded with thousands of outraged comments. A dormant YouTube account is plastered with all-caps insults and, more disconcertingly, Palmer’s personal address. At some point this afternoon, someone also managed to hijack River Bluff’s Web site and link it out to a fake Twitter page, where pranksters posted pictures of smiling lions — and induced further (in this case, misdirected) outrage.”

At Vice News, the story says, “According to National Geographic, 34 of the 62 lions tagged by the Oxford research project have died, 24 of them at the hands of sport hunters. Trophy hunting is a powerful industry in much of Africa, and Asian demand for lion bones has recently spiked. The bones are sometimes substituted for tiger bones in traditional remedies. A National Geographic article published earlier this year noted that ‘the bones are ground down, boiled, and mixed with other ingredients, such as goat bones, herbs — even opium — to make a ‘tiger bone’ cake that is believed to have medicinal properties.’ [Johnny Rodrigues, head of the Zimbabwe Conservation Task Force] believes that a culture of ‘greed and corruption’ in Zimbabwe could eliminate its lions within the next 10 to 15 years.”

Here, FYI, is a 2009 New York Times story, by Michael Brick, with Palmer as one of the subjects. “Last year, the first season since the establishment of the tule elk category, more than 500 hunters applied for a chance at the record book. California charges nonresidents $1,162.50 for the chance to take an elk, distributing tags through property owners and conservation groups. … As the 2009 season approached, Walter J. Palmer, a dentist in his late 40s from Eden Prairie, Minn., paid $45,000 for a tag at an auction to finance preservation of the elk habitat.

For City Pages Michael Rietmulder writes, “Photos on the blog Trophy Hunt America appear to show Palmer with other freshly slain animals, including an elk, a California Bighorn and a Zimbabwe leopard. … Because it’s 2015, outrage has exploded across the Internet. A mock River Bluff Dental Facebook page emerged Tuesday and animal lovers flooded its legitimate Yelp page with negative comments. Yelp began deleting some of the posts, which range from penis disses to calling Palmer a ‘vile and disgusting’ human. Others were more playful, though that’s probably not much consolation when you’re on the receiving end of a media firestorm.” The shot of him shirtless, a la Vladimir Putin, holding up the dead leopard is … uh … fresh meat for every amateur psychologist.

Steve Sack of the Strib wasted no time getting a cartoon up.

Elsewhere, outside the realm of blood sport, the NFL … oh, wait … wants to keep its Tom Brady problem out of Minnesota. Michael O’Keeffe of the New York Daily News writes, “The NFL, apparently eager to steer clear of Minnesota, filed papers in Manhattan federal court Tuesday seeking confirmation of commissioner Roger Goodell’s decision to suspend Patriots quarterback Tom Brady for his role in the Deflategate scandal. Brady is expected to file a lawsuit challenging his four-game suspension in Minnesota federal court, which has handed the league a string of legal defeats dating back to the 1970s. By filing its complaint against the Players Association with the Southern District of New York, the league hopes to have the case heard in New York and not the less-friendly court. ‘They are just venue shopping,’ said sports attorney Jay Reisinger, who has been involved in scores of arbitration hearings. ‘They want to keep it out of Minnesota.’”

Gentlemen, take note. Jeremy Olson of the Strib says, “State health officials are amplifying their recommendation that men who have sex with men get meningitis shots, after tests confirmed that a recent death in Minnesota is linked to a strain that circulated among gay communities in Chicago, New York and Los Angeles. Confirmation of a C serogroup strain in Minnesota, which has caused seven infections and one death among gay men in Chicago this summer, has increased the urgency for vaccination in a population that normally doesn’t receive it, officials said.”

Competitive bidding? What a concept! Kyle Potter of the AP says, “Minnesota booked nearly $650 million in savings by tweaking how it handles subsidized health care programs, state officials announced Tuesday. Health care costs were a major issue in the Legislature this year as GOP lawmakers sought drum up hundreds of millions in dollars in savings by weeding out fraud from the state’s public programs and dismantle the health care plan for the working poor altogether. Those plans didn’t pan out, but Minnesota saved almost $450 million by putting its contracts with health plans to cover more than 800,000 low-income residents through competitive bidding, Department of Human Services Commissioner Lucinda Jesson said.” This of course is precisely why we must avoid a single-payer system with competitive bidding for drugs and such things.

A special session … for fish. MPR’s story, by Riham Feshir says, “The possibility of a shortened season on Minnesota’s premier walleye fishing lake may lead to a special session of the state Legislature. A statement from Gov. Mark Dayton’s office said the governor talked with top legislative leaders Tuesday about a special session in August to provide disaster relief to Mille Lacs resorts if the walleye season closes.Surveys in July on estimated walleye harvests showed the lake was within 3,000 pounds of reaching the annual limit set by the state. That was a dramatic change from June 30, when surveys estimated 15,300 pounds remained.” What are the chances Dr. Palmer’s been out fishing, too?