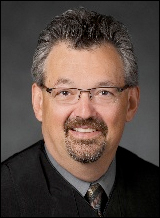 Bringing in the adult. The AP story says, “Former Minnesota Supreme Court Chief Justice Eric Magnuson was appointed Thursday to help facilitate potential changes to the state’s civil commitment program for sex offenders, which was ruled unconstitutional last month. Magnuson, who will be the special master, is well-versed on issues surrounding the Minnesota Sex Offender Program: He was chairman of a task force that recommended an overhaul to the program in 2013, and warned lawmakers back then that if they failed to act, they risked having the program dismantled by the federal court.”

Local Democrats and Tom Emmer have a wish list for the president’s African tour. Stribber Courtney Kueppers says, “Minnesota lawmakers urged him in a letter to prioritize human rights on the trip. … The letter is signed by Democratic Sens. Amy Klobuchar and Al Franken, Democratic Reps. Keith Ellison, Betty McCollum and Tim Walz and Republican Rep. Tom Emmer. … The letter asks Obama to address the Kenyan government’s discrimination of the more than 350,000 Somali refugees, noting Somalis in Kenya are frequently detained or deported and Somali neighborhoods are often raided by Kenyan forces.” And while he’s there Donald Trump wants him to stop by a courthouse and get a copy of his birth certificate.

On the rebound, slowly. Mike Hughlett of the Strib reports, “The Minnesota county hardest hit by the bird flu, Kandiyohi, has been released from quarantine by state animal health regulators. Meanwhile, 37 flu-stricken farms have been restocked with healthy birds or are in the process of restocking, the Minnesota Board of Animal Health said Thursday. By lifting quarantine, poultry producers and backyard flock owners of noninfected barns are no longer restricted in moving birds or eggs on or off their farms. Quarantine has now been lifted in 18 of the 23 Minnesota counties hit by lethal bird flu.”

In the PiPress, Andy Greder chats up “Field of Schemes” blogger Neil deMause about Bill McGuire’s soccer stadium strategy. “United officials have declined comment on stadium developments multiple times as a Major League Soccer-imposed deadline for a stadium-funding deal passed without a plan in Minneapolis on July 1 and a proposed stadium plan in St. Paul has come into focus in recent weeks. … Going forward, deMause expects United to stay quiet and lean on MLS officials to do more of the tough talk, if necessary. United is ‘in the position of having to market selling tickets to these people, and you don’t want everyone’s image of you to be the guy that threatened to take the team away if we didn’t give them money’, deMause said. ‘If it’s those bad guys in New York at the league office that are the ones that are threatening to take the team away, then they can be bad cop and (United) can be good cop.’ “

Tim  Nelson at MPR reports, “The builders of the new Vikings stadium say reports of $50 million overruns aren’t true and add that smaller cost disputes can be covered by a contingency fund set up before construction started. Their assertions, though, remain at odds with former GOP state Sen. Duane Benson, the outgoing treasurer of the Minnesota Sports Facilities Authority, the agency overseeing the stadium’s construction. He says millions in disputed cost overruns lurk behind the scenes … .”

A dash of Charles Dickens in this story. Elizabeth Mohr of the PiPress says, “A division director for the Minnesota Human Services Department, arrested during a St. Paul prostitution sting, pleaded guilty this week to a misdemeanor. Mark Steven Toogood, 58, of Minneapolis entered a guilty plea Wednesday to the charge of Prostitution — Hires, Offers, or Agrees to Hire to Engage in Prostitution in Public Place (Patron). Ramsey County District Judge Elena Ostby sentenced him to one year of probation. Toogood has worked for nearly five years as DHS’ director of economic assistance and employment supports.” Was Toogood ratted out by a guy named Heep?

And how much does his insurance jump up? The Forum News Service tells us, “Minnesota State Trooper caught speeding in a patrol car has pleaded guilty. Sgt. Jesse Grabow was fined $535 in Otter Tail County District Court. On April 28, Grabow was going 94 miles an hour in a 55 mile-an-hour zone on Highway 210 in Otter Tail County. According to court documents, Trooper Robyn Birr was patrolling the highway when she clocked the car, not knowing at first it was another patrol car.” While we’re at it, did he have proof of insurance? Expired tabs?

Speaking of insurance, Pat Kessler at WCCO-TV says, “Minnesota is one of the fastest growing states in the country for insurance fraud, but that could change soon because of tough new laws that go into effect Aug. 1. Last year, the number of staged crashes and fake medical claims in Minnesota rose an alarming 22 percent. That’s 3rd in the nation behind Florida and New York.”

Abortion travel out of Wisconsin (and a Walker Watch). Susan Du at City Pages writes, “When Wisconsin Gov. Scott Walker signed a 20-week abortion ban into law on Monday, he made it a felony to perform an abortion after that point except when the woman’s on the verge of death. There are no exceptions for victims of rape and incest. There’s no compromise for the woman who may have wanted to keep her baby, but was only able to discover at her 20-week ultrasound that it would be born without kidneys. There’s really no hope for Wisconsin women who are worried about the toll on their own health for carrying a 20-week fetus to term – except to flee the state for Minnesota, Illinois, or Michigan. Which they do. Almost as standard practice. Since Walker’s been in office, Planned Parenthood has been defunded to the point where it has only three clinics serving the entire state of Wisconsin, and only one other private clinic in Milwaukee practices abortion … .”

Baby war! The CNBC story says Walmart and Target are going to go head to head over bambinos. Writes Krystina Gustafson, “The world’s largest retailer on Thursday said that over the past two years it has been quietly increasing its offerings in the baby category — a pillar of Target’s turnaround. … It’s no wonder why the two big-box stores are gunning for a larger share of the baby category. A recent report by Goldman Sachs said the estimated $1 trillion parents spend on children each year is set to grow. That’s because 2014 experienced the first increase in U.S. births in seven years, and it came against the backdrop of a strengthening economy. The fact that the highly sought-after millennial group made up nearly 90 percent of the 1.5 million new mothers last year only sweetens the pot.”

Being that it’s summer and I’m in a generally good mood and all, I haven’t read PowerLine as closely as I do in the gray slush of winter. But here’s John Hinderaker on that Planned Parenthood video: “ … this focus on profit and legality is, I think, misguided. The law itself doesn’t make a lot of sense: it is OK to sell fetal tissue, as long as you don’t get a very good price. This is somewhat analogous to a law making it a crime to sell heroin in schoolyards, unless you give the kids a discount. Would anyone who is horrified by the CMP’s videos be mollified to learn that PP’s costs are such that the organization is only breaking even after all? No. What we are dealing with here is not an accounting issue. … What seems obvious, though, is that we are paying a price for our abortion culture. Many factors contribute to the coarseness of American life, but the ubiquity of casual abortion must be one of them. It was recently reported that among African-Americans in New York City, there are more abortions than births. Surely this is both a symptom and a cause of a pervasive disrespect for human life.”  Either that or Americans for Prosperity.