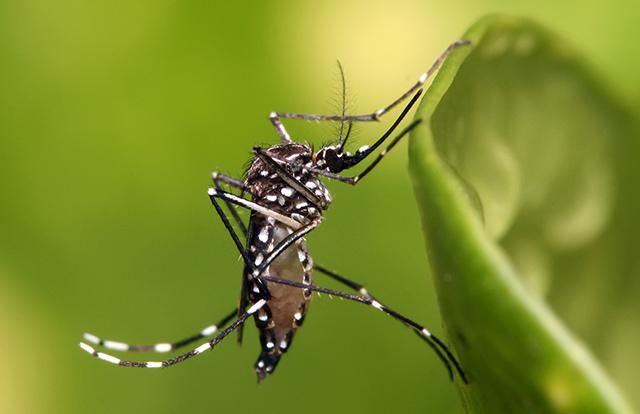 Ugh, how long till winter? “The West Nile virus is back in the Twin Cities, the Metropolitan Mosquito Control District announced Wednesday,” reports KSTP’s Jennie Lissarrague. “Officials say they collected a sample of mosquitoes in Ramsey County as part of their annual risk reduction program and saw that the sample tested positive for the virus this week. … No human cases of the virus have been reported in Minnesota so far this summer, but officials say the recent rainfall and warm summer temperatures could bring more mosquitos that could spread the virus.”

Then again, in Boston, winter never really ended. Melanie Eversley in USA Today: “While Bostonians and others around the country swelter in the July heat and ponder beaches and ice-cold things to drink, Boston’s Seaport district is sporting a stubborn, filthy mound of leftover snow that refuses to go away.” July. It’s July.

City Pages’ Cory Zurowski looks at the marketing behemoth known as ITT Tech. Attending the school doesn’t always turn out so well for students: “Federal and state investigators have suspected the for-profit school of defrauding its students for years. But with protection from powerful members of Congress — like Burnsville Republican John Kline — ITT nonetheless flourished. The Carmel, Indiana corporation now has 57,000 students at 135 campuses, including Brooklyn Center and Eden Prairie.” Fun tidbit from the story: ITT’s recruiting strategy is called, in leaked internal documents, “The Pain Funnel.”

We’re guessing the “F” stands for Freedom. “Residents in the river town of St. Croix Falls, Wisconsin, were up in arms this week over a new gun shop with a provocative name: F-Bomb.net,” reports WCCO. “ ‘What do we want our river city to become?’ resident Loreen Clayton-Morrell reportedly said in the meeting. ‘Lots of hodgepodge? Do you want your children seeing the F-Bomb sign? What’s going to happen next, a strip joint? That’s the innuendo. Take down the sign, do something about this.’ ”

In Minnesota police cannot seize your property unless you are convicted of a crime. And this amazingly makes us an extreme outlier in the U.S. [Vox]

Brevity is the soul of wit. [Inforum]