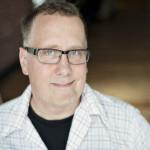 At this point maybe we should just start reporting who does still have a job at APM/MPR. The Star Tribune’s Neal Justin reports on the latest cut: “Less than a week after Garrison Keillor confirmed that he’d be leaving ‘Prairie Home Companion,’ American Public Media announced that it was canceling the radio version of ‘Wits,’ while putting the podcast and live shows on hold. APM, based in St. Paul, produces both shows. … ‘I’m devastated at the loss of our radio show and, frankly, I feel like I’ve let people down,’ wrote creator and host John Moe as part of a flurry of tweets he sent out Monday morning.”

In the surest sign yet that the Apple Watch is not catching on, Best Buy will start selling the device next month. Brett Molina reports for USA Today: “The electronics giant will begin selling the smartwatch on Aug. 7, according to a company statement. Best Buy would be the first third-party national retailer to carry the Apple Watch. … ‘The Apple Watch is a big addition to our stores and website, and we know our customers want it,’ said Jason Bonfig, senior category officer at Best Buy, in a statement.”

Pro-cycling get-togethers have got to be really awkward for Greg LeMond. “The three-time Tour de France champion spoke out about Lance Armstrong long before it was popular to do so and now he’s alleging some cyclists could be gaining an unfair edge in major races like the Tour de France by installing tiny motors in their bikes,” writes Marissa Payne in the Washington Post. “ ‘I believe it’s been used in racing, I believe it’s been used sometimes in the Grand Tours,’ LeMond told the Associated Press on Wednesday. He did not specify whether he thought any riders in this year’s iteration of the race have been using the technology, but he did accuse the sport’s governing body of ‘not doing enough’ to ensure racers don’t use the technology. He said the International Cycling Union’s (UCI) pre-race equipment checks are ‘fluff’ and ‘all words.’ ”

MPR’s Catharine Richert has a report on nonprofit news organizations in Minnesota that receive funding from partisan sources. Minnesota Watchdog and The UpTake are mentioned, but probably most interesting is Richert’s look at relatively new entrant Alpha News, a site that gained notoriety recently for its anonymous hit piece on Rep. Tom Emmer. “Alpha News stands out for a number of reasons; some stories carry no bylines, are scarce on quotes, often aggregate facts and information from other news outlets, and tout non-scientific Facebook polls. The Society for Professional Journalists sets out standards for identifying sources and attribution in its code of ethics. … [Alpha News reporter Julia] Schliesing defended Alpha News’ approach. … ‘I don’t think it’s fair to say it’s cowardly that we don’t use bylines, especially when the intent is not to hide,’ Schliesing said. ‘The intent is to focus on the content.’ ”

Drug companies are in no hurry to report adverse effects of their medications to the FDA. [Star Tribune]

Stormwater management without pipes: all about rain gardens. [MPR]

GOP lawmakers are calling on Gov Dayton to required Minn National Guard members to be armed when on duty. pic.twitter.com/hNC9Ss1zgN

The house from ‘Purple Rain’ is up for sale, and it’s a steal. [The Current]