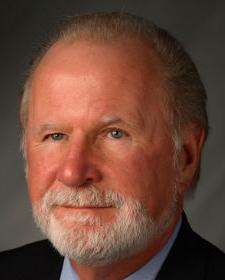 The end of an era. The Star Tribune’s Evan Ramstad reports, “TCF Financial Corp. president Craig Dahl will succeed its longtime leader, Bill Cooper, as chief executive at the start of 2016, the company said Monday. … Cooper, 71, arrived at the company in the 1980s, when it was called Twin City Federal, and infused it with capital through a public offering. Over three decades, he built into a much larger firm with nearly $20 billion in assets and about 400 branches in seven states.”

This is confidence-inspiring. For MPR, Lorna Benson reports, “Minnesota health authorities say this season’s flu vaccine will be more effective than last year, but they acknowledge that getting the message out to the public could be a challenge. … Early vaccine shipments have arrived at some Minnesota health clinics and pharmacies, and the formulation for this season has been updated to include protection against the new flu strain and should be a good match for what Minnesotans will face this year, said Joe Kurland, a vaccine specialist at Children’s Hospitals and Clinics of Minnesota. … ‘I’m cautiously optimistic that they’ve got it right,’ he said.”

Almost time for Congress to get back to work. For the Mankato Free Press, Nancy Madsen gives Tim Walz’s view of what should happen when Congress returns to Washington in September: “The only way Congress is going to avoid a government shutdown in September is by lumping all of the fiscal issues — including spending bills, a highway funding bill, raising the debt ceiling and Export-Import Bank reauthorization — together, Congressman Tim Walz said. … The most likely outcome will be a short-term continuing resolution that keeps government spending at levels set for this fiscal year, Walz predicted. The federal government’s fiscal year ends Sept. 30.”

Tales from the (Minnesota) crypt. For Inforum, Emily Welker reports, “A Crookston, Minn., woman is suing a cemetery here for the cost of her ex-husband’s crypt after she claims cemetery officials allowed his remains to be removed from it without telling her, more than a year and a half after his death. … Mary Solberg said her ex in-laws informed her via a brief note on June 17 that they’d had her ex-husband David ‘Toby’ Solberg removed, two days before, from where he’d lain at Riverside Cemetery since his death in September 2013. … Their late brother’s remains were now at the cemetery in Erskine, Minn., the note said, where his parents are buried.”

Don’t wear flip-flops to the Fair (or anywhere?). [Pioneer Press]