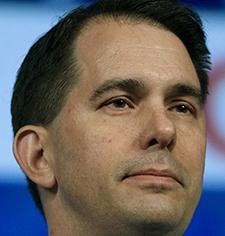 The Glean could make a snide joke about Scott Walker announcing his health care plan at a screw factory, but we’re above that. For the Wisconsin State Journal, Molly Beck reports, “Walker said repealing the Affordable Care Act, also known as Obamacare, would free up $1 trillion in tax credits. Coupling that with savings from the reorganization of Medicaid would pay for his new plan, he said on Tuesday at Cass Screw Machine Products Company in the Minneapolis area. But he offered few other details about cost estimates, timeline or the number of people affected. … In unveiling the first policy proposal of his bid for the 2016 Republican presidential nomination, Walker also expressed frustration that Republicans in Congress haven’t yet introduced a bill to kill the the health law.”

Target’s data breach keeps getting more expensive. In the Star Tribune, Evan Ramstad writes, “Target Corp. and Visa Inc. agreed to settle claims related to the attack on the retailer’s data systems by cyberthieves in late 2013. … The retailer will pay $67 million to Visa, banks and other issuers of Visa cards, the Wall Street Journal reported citing people familiar with the terms. The companies didn’t immediately confirm the amount.”

Researchers at the U of M came up with a surprising finding: Waiting for the bus feels like it takes longer if the station is bad. In The Atlantic, Gillian B. White explains, “Riders who waited at stops where there was lots of pollution and traffic significantly overestimated their wait times. The effect was especially pronounced for those who were waiting for longer than five minutes, with those who waited for their rides for 10 minutes in areas that they felt were noisier and dirtier reporting that they had waited for over 12 minutes. Researchers also found a simple mitigating factor: trees. According to the data, the presence of mature trees helped make wait times feel less painful, for both short and long waits, and even in areas where other negative factors were present.”

More craft beer at the State Fair can’t be a bad thing. “Brewpubs will be getting into the beer game at the Minnesota State Fair for the first time this year,” reports Jon Collins for MPR. “A law passed during the last legislative session gives brewpubs the right to sell their beers at the fair’s ‘Land of 10,000 Beers’ exhibit, which features dozens of craft brewers from across the state. The Minnesota Craft Brewers Guild expects to add 10 brewpubs to the exhibit.”

Why did the driver kill the cyclist? Because she was staring at her phone. [Star Tribune]

Pheasant numbers are down — here’s what the DNR plans to do about it. [MPR]

What do the Minnesota Vikings have to do with the Royal Bank of Scotland? Twitter. [Wall Street Journal]