Sen. Al Franken has written a piece on CNN’s website in support of the Iran deal negotiated by Secretary of State John Kerry: “This agreement is, in my opinion, the most effective, realistic way to prevent Iran from getting a nuclear weapon anytime in the next 15 years. It does so by imposing a series of physical limits on Iran’s nuclear program, especially its production of the fissile material it would require to make a bomb. The agreement’s verification provisions are extremely strong: 24/7 monitoring of, and unfettered access to, Iran’s nuclear sites and ongoing surveillance of Iran’s nuclear supply chain. That means: In order to make a nuclear weapon in the next 15 years, Iran would have to reconstruct every individual piece of the chain — the mining, the milling, the production of centrifuges, and more — separately and in secret. The regime would have to run the risk of any of these steps being detected by international inspectors or our own comprehensive intelligence efforts. It would risk losing everything it gained from the deal, and the re-imposition of sanctions.”

Dana Thiede at KARE-TV relays the latest information from the Minneapolis Police Department on the recent attacks on bicyclists in south Minneapolis: “Police say interviews with victims have yielded the same or similar descriptions of the suspect vehicle: an older model white Ford, possibly a Bronco type vehicle or a pickup with a topper on it. One of the rear windows is missing an either cardboard or wood covers the opening. They describe the suspect as a tanned white male, or possibly a Hispanic male, approximately 20 to 28 years old. Each victim says they were approached by the suspect operating the white Ford in an erratic manner before he threw cement chunks at them.”

I’m NOT saying I want a meteorite to hit CHS field. But IF it did right now during #CatVidFest – it wouldn’t be the worst time for it.

He received a little push-back.

Also, we already knew Rep. Garofalo was a dog person: 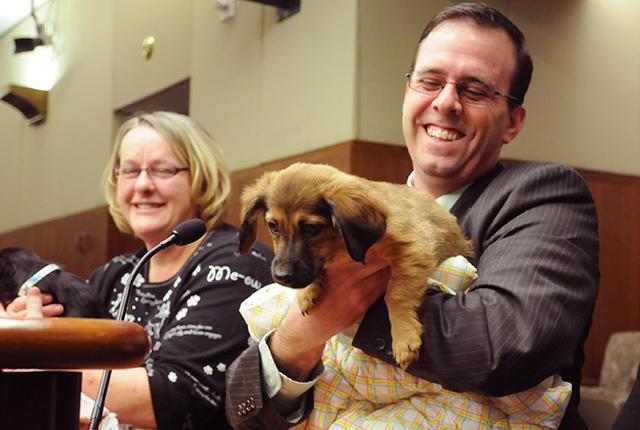 Did Garofalo wish for this too? KARE-TV has images of the baseball-sized hail that fell on Morrison County last night.

Kavita Kumar at the Star Tribune is tracking more changes at Target with the impending sale of their west campus building: “The company told the 1,300 employees who work in that building Thursday morning that the property will be put on the market this fall and that they will be relocated to the retailer’s northern campus in Brooklyn Park next summer. About 2,000 Target employees currently work at the retailer’s Brooklyn Park campus.”

Related: If you’d like to weep for humanity, you can read the Facebook comments from concerned citizens who respectfully disagree with Target’s decision to remove gender-based signs in their toy departments.

Jesse Ventura on the possibility of a Trump-Ventura ticket. [WCCO]