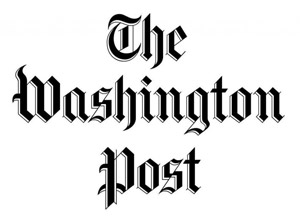 Very little tolerance for coastal condescension around here. In the wake of his piece in the Washington Post describing Red Lake County, Minnesota as “the absolute worst place to live in America,” Christopher Ingraham decided to double down and consider the source of Minnesotans’ hypersensitivity: “Now, here’s the interesting part. Minnesota wasn’t the only state that doesn’t look great according to the USDA’s natural amenities scale. Iowa and Delaware don’t have any counties ranking at average beauty or above. A number of states — North Dakota, Illinois, Indiana and Wisconsin among them — have just one or two counties of at least average beauty. … But I didn’t hear a single word of protest from folks in these states. No sarcastic Delaware hashtags. No photo tributes to the natural splendor of Indiana. No petitions from outraged North Dakotans. Only Minnesotans have taken a public stand to defend their state’s honor. Why? I asked some of the folks I’d heard from what the deal was.”

Not a good time to email the governor all your great policy ideas. For the Star Tribune, Patrick Condon reports, “About 50,000 state and local government employees in Minnesota can’t currently receive incoming emails to their public accounts. … The state’s information technology agency, MN.IT Services, said Wednesday in a news release that it’s working with Microsoft to fix the issue. The agency said the disruption to its Microsoft Exchange online email service occurred at about 1 a.m. and was caused by changes at the Microsoft level to the email system.”

One man’s freeway cyclist is another man’s freedom fighter. MPR’s Tim Nelson reports, “Police apparently stopped a bicyclist riding on westbound Interstate 694 in New Brighton this morning, sometimes amid the cars making their way through the early morning commute. … The cyclist was spotted shortly after 6 a.m., heading along the shoulder of the freeway east of I-35W. The bicyclist could be seen in MnDOT traffic cameras and managed to negotiate through the northbound and southbound traffic coming up the ramps from interstates 35W to 694.”

What is the St. Paul school board trying to hide? Josh Verges writes in the Pioneer Press, “The portion of St. Paul school board meetings that often makes for the best television viewing has been cut from the show. … Board members voted 5-1 on Tuesday night to begin televising their formal monthly meetings immediately after taking comment from the public. Those comments, often critical of the school district or board, will be heard only by the in-person audience.”

This out-of-towners’ guide to St. Paul dining and drinking will probably be helpful to in-towners, too (not to mention St. Paul-curious Minneapolitans). [Heavy Table]