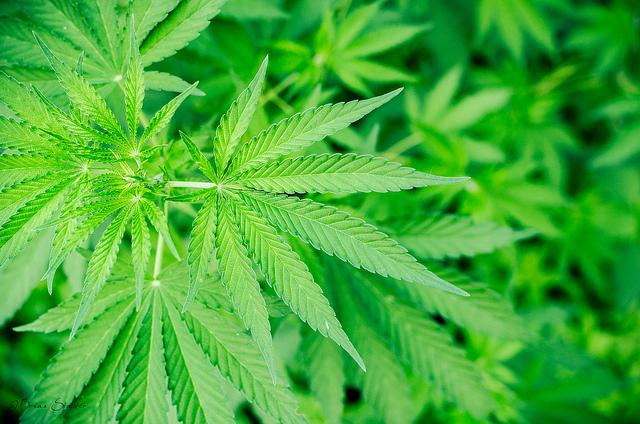 This is becoming a farce. Kyle Potter of the AP says, “Just two months after Minnesota launched its medical marijuana program, some patients turned off by high costs say they are back to buying the drug illegally because it’s the only way they can afford it. State officials and the companies hired to make marijuana products trumpeted the program’s medical approach — pills and oils, no leaf products — when it launched in July. But some patients say the highly restricted and regulated system is costing them hundreds or even thousands of dollars a month— none of it covered by insurance. Company executives defend their prices — a small vial of marijuana extract can run nearly $130 in Minnesota, more than double the cost of a similar product in Colorado … .”

Another airport hassle none of us need. For the PiPress, Andy Rathbun says, “Minnesota driver’s licenses are on the verge of not being accepted as valid identification for airline travel. The Department of Homeland Security, or DHS, could implement new national driver’s license standards for commercial flying as early as next year, and Minnesota is one of four states deemed to have noncompliant driver’s licenses. … The change is part of the Real ID Act, which was passed by Congress in 2005 and aims to thwart terrorism by setting national ID standards. But Minnesota legislators had concerns over costs the state would incur, as well as provisions of the act being used to collect personal data, and the state responded by passing its own law in 2009 prohibiting it from complying with the Real ID Act.”

MinnPost regular Pat Borzi files for The New York Times on … spinning heads. “Minnesota football returned to campus in 2009 after 27 seasons at the Metrodome, and the time away left the Golden Gophers light on game-day traditions. Several years ago, Coach Jerry Kill initiated a Victory Walk by the players and the marching band into TCF Bank Stadium two hours before kickoff, a ritual that is not unique. But Goldy’s spinning head is. The tradition has roots in something acutely Minnesotan — hockey. Ross Bernstein, an author and board president of the Herb Brooks Foundation, said he invented the move while serving as Minnesota’s hockey Goldy from 1989 to 1991.” Give the Times lifestyle section a week and they’ll crank out one of their infamous trend pieces on how everyone who is anyone has taken up head-spinning.

Speaking of trends. Here’s the latest in haute cuisine. Mike Hughlett of the Strib reports, “Consumers are becoming more leery of processed foods, yet Spam is still plugging along. Hormel Foods Corp. is even introducing a dried, bite-size snack version of the 78-year-old paragon of processing. At the same time, Hormel is crossing a new meat frontier — organic and natural — with its recent $775 million purchase of Applegate Farms. While Spam Snacks is a small bet and Applegate Farms a big one, they represent Hormel’s unique position in packaged food, which has kept it mostly free of the industry’s malaise.”

Don Davis of the Forum News Service has a piece on the GOP pushing for pipelines from North Dakota across Minnesota. “Minnesota House Republicans have stepped up their push for pipelines to replace trains carrying North Dakota crude oil across the state, including trying to blame Democratic Gov. Mark Dayton for a pipeline setback. … Daudt and Rep. Pat Garofalo, R-Farmington, used strong language to push pipelines days after a state Appeals Court ruling appeared to have delayed the Sandpiper pipeline that would take oil across northern North Dakota and Minnesota to Superior, Wis. Garofalo said the upsides of a pipeline like Sandpiper are construction jobs and safer oil transportation.”

A half million here, a half-million there. Says Josh Verges for the PiPress, “The University of Minnesota paid a student-athlete $250,000 last year to resolve her complaint related to semi-nude modeling she did for a male gymnastics coach. The volunteer assistant coach, Jim Stephenson, left the team in the wake of the allegations. His wife, head gymnastics coach Meg Stephenson, resigned in August 2014 after she was accused of retaliating against the gymnast and an employee. … The U said the $250,000 payment to the gymnast in December 2014 was the largest of five settlements in that time, which came to $449,500.”

But what have they got if fear doesn’t sell? The Strib drops in Rep. Keith Ellison’s obligatory response to (take your pick of) GOP candidates’ recent comment: “Rep. Keith Ellison (D-MN) released the following statement Sunday, after comments made by  GOP presidential candidates Ben Carson and Donald Trump: ‘It’s unimaginable that the leading GOP presidential candidates are resorting to fear mongering to benefit their campaigns, and every American should be disturbed that these national figures are engaging in and tolerating blatant acts of religious bigotry.’ Uh, I take your point Congressman. But I’m not sure “unimaginable” is the word you’re looking for.

It seems a better move than living on someone’s couch. For the St. Cloud Times, Frank Rajkowski reports, “For now anyway, the tiny home sits empty on the grounds of St. John’s Episcopal Church in south St. Cloud. The resident whom members of the St. Cloud Coalition of Homeless Men had hoped to place there when the house was donated to the group last May still sleeps on the couch of a friend — an arrangement that can’t go on indefinitely. And the search continues for a solution after the St. Cloud Zoning Board of Appeals last month denied a request to amend the church’s conditional use permit to allow the house to be used as a residential structure there.”

What? Again? Karen Zamora of the Strib writes, “A bicyclist riding in a traffic lane on Interstate 94 near the North Loop around 3 a.m. Sunday was hit and killed by a driver. The victim, who has not been identified, is at least the fourth bicyclist since June found riding on metro-area freeways. The Minnesota State Patrol said the fatal crash happened on southbound I-94 near W. Broadway in Minneapolis.”

The state is doing a better job than the city? Tad Vezner of the PiPress reports, “For more than two years, St. Paul’s restaurants, grocery stores and hotels have been inspected by the state, rather than city inspectors. The results? Inspection backlogs have dramatically decreased, particularly when it comes to restaurants. In interviews with the Pioneer Press, many restaurateurs say they’ve noticed the added attention — sometimes for the better, as in at least one case requiring a six-figure update.”

Walker Death Watch. It may be time to seek a new Favorite Neighboring Governor running for President. In the Milwaukee Journal-Sentinel Craig Gilbert breaks it to us that, “One of the oddities of Scott Walker’s polling collapse is that his image among GOP voters remains fairly positive. His support in the horse race has cratered. In a national CNN/ORC poll released Sunday, Walker got less than half a percentage point, placing him behind 11 other GOP presidential candidates. But most Republicans who have an opinion about him still view him favorably. In polling terms, his negatives remain low, even while his standing in the contest has plummeted. Walker hasn’t been spurned, it seems, as much as utterly eclipsed. … There’s no question the governor’s polling slide has huge costs. It led the CNN panel to largely ignore Walker at last week’s Republican debate, which added to his political woes. And it’s widely expected to sap his fundraising and force campaign cutbacks.”

At the liberal site PoliticusUSA, Jason Easley gloats, “The chosen candidate of the Koch brothers, Gov. Scott Walker (R-WI), has fallen to dead last at less than 1 percent support in a new Republican poll. … The former leader in Iowa and Republican top tier candidate Scott Walker has fallen to the level of Bobby Jindal and Lindsey Graham. Walker’s reboot of his campaign with him playing the role of the new union-busting Reagan has completely flopped. The governor of Wisconsin has lost support in the polls since he promised to take his union busting agenda federal if he is elected to be the next president. In April, David Koch told donors that he wanted Scott Walker to be the Republican nominee, ‘We will support whoever the candidate is, but it should be Scott Walker.’ Walker began his presidential campaign with a nearly point by point reading of the Koch agenda.” Well there’s the problem. Too much agenda. Not enough fear.

High prices send Minnesotans to the street for medical marijuana