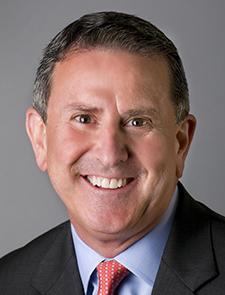 The chief talks to the team about the guests. In the Strib, Kavita Kumar writes, “Aside from a hint about a store of the future with robots, Target Corp.’s annual employee meeting was more about Retail 101. It started with a mea culpa from Chief Executive Brian Cornell. … He listed problems that the store managers who had flown in for the meeting have been telling him about for months: Target’s point-of-sale systems sometimes freeze up. The handheld devices store employees carry around with them to look up inventory don’t always work. It’s still too hard for customers to find products and otherwise navigate Target’s website. And there are too many empty spots on shelves because of stocking issues.”

Also in business, Beloved Sort-of-Hometown Airline Delta, an international leader in extraneous fees, is giving back. Kristen Leigh-Painter of the Strib says, “Delta Air Lines is increasing base pay for all ground crew and flight attendants by 14.5 percent, a move that will lift compensation for more than 6,000 of its Twin Cities employees. The company on Wednesday announced the raise, which stands out both for its size and for appearing to be a break in the wage stagnation that persisted in the U.S. economy amid other improvements. It comes at a time when Delta, which is the dominant carrier at Minneapolis-St. Paul International Airport and has 9,700 local workers, has been experiencing both record profits and labor challenges. The change will affect nearly 1,800 flight attendants in Minnesota and more than 3,100 ground crew workers at MSP.” So I take back 14.5 percent of the nasty things I’ve ever said about them.

Yet another reason to stick with Mountain Dew and Slim Jims. KMSP-TV’s story, by Rachel Chazin, says, “On Wednesday, the Minnesota Department of Health (MDH) identified tomatoes as the source of the Salmonella outbreak that sickened numerous customers who ate at Chipotle restaurants in Minnesota since late August.The company has switched suppliers for its tomatoes and the product was removed from its stores. The MDH says there is no longer a risk to the public.”

Pandering politicians still might want to get the wall (a wall … any wall) up fast. Maja Beckstrom of the PiPress writes, “Even though Minnesota has long been a haven for refugees, local resettlement agencies say it is unlikely the state will see an influx of people now fleeing the Middle East and North Africa, at least initially. With the latest refugee crisis unfolding across Europe, President Barack Obama last week recommended that the United States over the next year welcome 10,000 displaced Syrians fleeing war. ‘With information we have now, I don’t anticipate we’re going to have huge influx of Syrians here in Minnesota,’ said Kristine Bjerkaas Friesen, director of Refugee Services for the Minnesota Council of Churches … .”

The Queen’s spirits have arrived. Another KMSP-TV story says, “Two bottles of rare whisky from the private cellar of Queen Elizabeth II arrived at Regions Hospital in St. Paul, Minn. on Tuesday. The bottles, valued at more than $65,000, will be up for bid at the hospital’s annual fundraiser wine auction Saturday, but the story of how they arrived at Regions is absolutely priceless.”

The bionic girl. Stribber Jeremy Olson writes, “Kate Jorgenson has played volleyball and basketball and swum competitively without her left arm, which she lost above the elbow in an ATV accident two years ago. … And that’s where a new type of bionic prosthesis — aided by a surgery that reassigns nerves in the arm — has made a big difference in the teenager’s life. While she is still learning to master the prosthesis, Jorgenson can now use it to mix muffin batter, zip up a jacket and carry shopping bags while texting friends.”

Speaking of teenagers, Sam Cook of the Duluth News Tribune reports, “Thirteen-year-old David Jacobson of Garrison, Minn., had already caught a 57-inch muskie — when he was 8. Last Saturday, the Jacobson guys took the boat over to Yellow Lake in Burnett County, Wis., to see if someone could catch a lake sturgeon larger than David’s muskie. Oh, my, did they. David, with plenty of help, caught a sturgeon that ranks among some of the largest ever taken in Wisconsin. The leviathan measured 86 inches long.”

For MPR, Riham Feshir reports on a battered women’s group’s view of the murder-suicide of the Brian Short family. “The killings of a Lake Minnetonka family apparently by their husband-father led Becky Smith to a sad, familiar duty — updating the Minnesota Coalition for Battered Women’s count of domestic violence deaths. … The battered women’s coalition counts between 20 and 40 domestic violence killings each year. The Shorts’ deaths pushed the number of “intimate partner” family killings to 20 in Minnesota so far this year. Last year, 23 people died in intimate partner homicides. In 2013, the number was 38.”

Or is he just training new lobbyists? A Maura Lerner story in the Strib says, “There are, Stephen Parente estimates, nearly 13,000 congressional staffers in Washington, D.C. — most of them under 30, with little or no business experience. And they’re the ones drafting the laws that regulate American industries. That’s why Parente, an economist at the University of Minnesota, has created an MBA program just for them. Last week, the U’s Board of Regents gave its approval to launch the new MBA program, an intense, one-year online degree tailored specifically to people who work, or have worked, on Capitol Hill.” Don’t you just know one of them will be pushing the next iteration of e-pulltabs?

The Power Line boys were taking notes throughout the three hours of last night’s GOP debate. John Hinderaker, perhaps still feeling the flush of the genius of George W. Bush writes, “Ted Cruz is terrific in this format. But there is something about him that some people really, really don’t like. I am not sure that any display of brilliance can overcome that sentiment. Scott Walker was strong and vigorous. He came alive, in my view, and should have helped himself. His closing statement was very good. Marco Rubio was shut out for the first half hour plus of the debate, but when he finally got some air time he did extremely well. I think most viewers came away with an appreciation of his mastery of foreign policy. And he responded forcefully and effectively on immigration, his most sensitive issue. He was excellent on the climate change scam, too. … despite everything, a bad beginning and some food-fight interludes, tonight was a win not for any one candidate, but a big win for the Republican Party. Rarely has so much talent, so much vigor, so much diversity, been on display.” Personally, I lost the buzzword drinking game with myself.