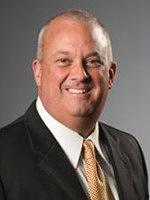 The U of M Athletic Department’s problems didn’t stop at Norwood Teague. KARE reports, “Another top official in the University of Minnesota athletics department is on leave, following five complaints that are currently under investigation. … The U of M confirmed Thursday that Mike Ellis, senior associate athletics director, agreed to take voluntary time off, after a request from the university. … A statement from the U of M states since Aug. 7, ‘five anonymous reports have been received on the University’s EthicsPoint reporting system in which Mike Ellis is a subject.’ ”

Is there a sadder sight than an empty-shelved Target? There are plenty of photos of just that in Martin Moylan’s story for MPR about Big Red’s supply-chain problems: “The Minneapolis retail giant once downplayed its problems keeping stores stocked with merchandise. Target CEO Brian Cornell now says the empty shelves are a serious problem that must be solved. Last month, he called the situation unacceptable and appointed veteran Target executive John Mulligan to find a fix. … Mulligan acknowledges the retailer’s supply chain network has been struggling to deliver goods when, how and where customers want them.”

Looks like the Jolly Green Giant is moving to the Garden State. The Star Tribune’s Evan Ramstad and Mike Hughlett report, “General Mills sold Green Giant, the vegetable business that began in farms in south central Minnesota and became a symbol of the growing convenience of food delivery in the mid-20th century, to B & G Foods Inc., a food processor best known for Cream of Wheat and Pirate brands. … B & G will pay about $765 million in cash for Green Giant as well as the Le Sueur brand product line, which is chiefly sold in Canada.”

Also in the Star Tribune, Kevin Duchschere hears that the Twin Cities’ new soccer stadium will be in St. Paul. He writes, “St. Paul appears to be the choice of Minnesota United team officials as the home for a new Major League Soccer team and stadium, sources told the Star Tribune Wednesday. … Several sources with knowledge of the situation said an announcement could come this week. The sources declined to be publicly identified because they weren’t authorized to discuss the deal.”

The Washington Post’s Christopher Ingraham visited Red Lake County (after calling it the “absolute worst place to live in America”) and found more than 2,500 nice words to say about it.

Here’s a solid Tumblr of the “T-Shirts of the Minnesota State Fair.” Can you get a bingo?