Joe Christensen at the Star Tribune covers U of M head football coach Jerry Kill‘s press conference announcing his retirement for health reasons: “Kill said he had two seizures this week and went to practice Tuesday anyway, hoping he could still make this work. But the toll on his body, his mind and his family had become too big. Kill said he hasn’t slept more than three hours on any night over the last three weeks.”

Minneapolis Mayor Betsy Hodges added her voice to a chorus of American mayors in a Politico Magazine survey, admonishing presidential candidates for ignoring critical issues such as infrastructure, homelessness and work-force development.

Mara H. Gottfried at the Pioneer Press reports Metro Transit police have dismissed officer Richard Wegner, one of the officers involved in the August arrest of a St. Paul teenager who has autism: “As of Saturday, Wegner no longer was a Metro Transit employee because he did not pass his probation, [agency spokesman Howie] Padilla said. He said he could not comment on the reason. On Aug. 31, Wegner and Metro Transit officer Paul Buzicky reported they stopped a teenager after they saw him on the Green Line’s tracks at the Lexington Parkway Station. The family of Marcus Abrams, who was 17 at the time, has said officers then forcefully arrested him, rendering him unconscious. He had two seizures, his lip was split and he sustained cuts to face and head, according to his mother, Maria Caldwell.”

Beena Raghavendran and Alejandra Matos of the Star Tribune note math and reading proficiency scores for Minnesota fourth-graders this year have dipped from their record highs in 2013, highlighting Minnesota’s achievement gap: “’We’ve been complacent with being at the top, and what we have to do is look deeper,’ Minnesota Education Commissioner Brenda Cassellius said. ‘Underneath being at the top, there are a lot of kids who are underachieving, and we really have to address that.‘” 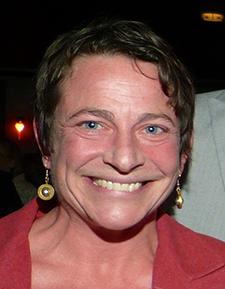 Photographer Alec Soth wants to repurpose a used RV to create an art school on wheels based in Minneapolis that pairs artists with teens. [Kickstarter]

St. Olaf jazz ensemble to perform a series of concerts in Havana in 2016. [St. Olaf College]

Bad dog! In the past five years, at least six Americans (including a Minnesotan) have been shot by dogs. [Washington Post]

Carve pumpkins and listen to accordion music while waiting for the bus at Sixth an Nicollet Mall. [City Pages]

U football coach Jerry Kill resigns: ‘I have no regrets’