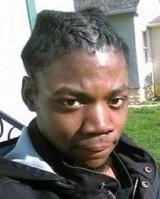 The Jamar Clark story continues to build. A video surfaced over the weekend. In the Strib, Pat Pfeifer writes: “ … a video surfaced on [Black Lives Matter’s] Facebook page that it says shows Clark ‘moments after he was shot in the head … . At the 29-second mark, you can see Jamar’s body appears to be lifeless on the ground with his hands in handcuffs, just as numerous witnesses have reported from day one,’ according to the post. The video, shot from across the street, is grainy and low-definition. It does depict a somewhat chaotic and tense scene as bystanders yell at officers. At one point, it appears that officers point their weapons at people across the street.”

The AP says: “Funeral plans are set for Jamar Clark, whose fatal shooting by Minneapolis police has sparked protests. A cousin says Clark’s funeral will be Wednesday at Shiloh Temple International Ministries in north Minneapolis. Kenya McKnight says the service will start at noon and last an hour. A visitation will be held at the church before the funeral, from 10 a.m. to noon. McKnight says both will be open to the public and news media.”

Wisconsin really loves deer hunting. In the Pioneer Press, Dave Orrick says, “Roughly twice as many deer have been killed by hunters in Wisconsin each year in recent decades. Since 1980, Wisconsin hunters have registered an average of 367,000 deer each fall, compared with 185,000 in Minnesota, according to data from the two states. The difference is more pronounced when you account for the fact that Minnesota has 48 percent more land. Since the 1960s, Wisconsin hunters have shot two to three times more per square mile than their Minnesota counterparts, according to an analysis of data from each state’s Department of Natural Resources. Wisconsin has more people than Minnesota, and more deer hunters. The Badger State has sold an average of 642,000 gun hunting licenses each season since 2000; the Gopher State has averaged 461,000 for the same period.” In other words, keep your head down when you cross the river.

A “Water Summit?” At WCCO-TV, Mike Binkley says, “Governor Mark Dayton said Sunday he’ll convene a statewide water quality summit in 2016. The governor announced the summit this weekend at annual meetings of the Minnesota Farm Bureau and the Minnesota Farmers Union. Dayton’s office says both rural and urban areas of the state are facing challenges in water supplies.”

Good luck with this. Says Jeremy Olson in the Strib, “Two University of Minnesota doctors are recommending that the nation’s schools eliminate football, reducing the pressure on children to engage in a sport riddled with concussions. Dr. Steven Miles said an outright ban on youth football would be unrealistic. But he is among the first to recommend removing football from schools, where the pressure of school spirit or being the only kid big enough to play nose guard can rope players into a sport in which 5 percent to 20 percent of players suffer concussions each season.”

One of the legends has passed away. Says Adam Belz of the Strib, “Charlie Boone, the WCCO Radio host who was the voice of mornings in Minnesota for nearly four decades, died Sunday at the age of 88. … ‘Boone and Erickson,’ Boone’s 37-year collaboration with Roger Erickson, was one of the most popular shows on radio from the 1960s to the 1990s. The partnership ended in 1998 when Erickson retired, but Boone continued to host a Saturday morning show until 2010.”

Snow … on cue. A WCCO-TV story says, “WCCO meteorologist Matt Brickman says a snow storm could hit Minnesota on Thanksgiving Day. The metro could see a few inches of snow by Friday morning, and northwestern Minnesota may get up to a half-foot. Brickman says the storm will likely start as rain on Wednesday. But as temperatures drop, sleet and snow will fall, making for a messy Thanksgiving morning.”

Amid immigrant hysteria, deportations are way down. Say Mila Kuompilova of the Strib, “A year after the Obama administration spelled out new priorities for immigration authorities, deportations are down markedly in Minnesota and neighboring states. Nationally, they dropped more than 25 percent over the 2014 fiscal year. The government also closed thousands of cases of immigrants like Bermudez who do not fit the guidelines, allowing them to stay for now. The new guidelines, which sharpen a focus on felons and recent border crossers, were overshadowed by the centerpiece of Obama’s executive action on immigration last November: a plan to shield parents of U.S. citizens from deportation. But while that plan remains mired in a court battle, the new deportation priorities are quietly reshaping immigration enforcement.” But the terrorists are still coming to kill us, right?Heated leather seats? A set of snow tires? The AP says, “A health care facility in Duluth has gone to great lengths to recruit and retain staff amid a nursing shortage in northeastern Minnesota. Ramona Kenowski, a nursing assistant at Chris Jensen Health and Rehabilitation Center, won a new car Thursday as part of giveaway to staffers. Employees with good attendance records were eligible, and other prizes included iPads and a resort vacation.”