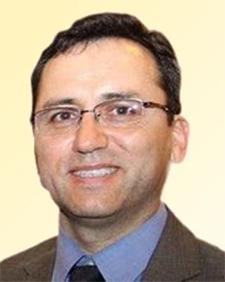 For the Strib Alejandra Matos reports: “Special needs children in a school under the supervision of Minneapolis’ newly named superintendent were slapped by staff and improperly restrained, according to an investigation made public this week by the Massachusetts Disability Law Center, a private nonprofit advocacy group. …  The report concerns incidents during the tenure of Sergio Paez, who was named Monday as the next superintendent of Minneapolis Public Schools.”

Seventeen Minnesota hospitals made the naughty list. Jordan Rau for Kaiser Health News says: “The federal government is penalizing 758 hospitals with higher rates of patient safety incidents, and more than half of those places had also been fined last year, Medicare records released late Wednesday show. Among the hospitals getting punished for the first time are some well-known institutions, including Stanford Health Care in Northern California, Denver Health Medical Center and two satellite hospitals run by the Mayo Clinic Health System in Minnesota, according to the federal data. … Seventeen Minnesota hospitals are on the list of hospitals being penalized, an increase over the 12 dinged last year.”

‘Merica. Says Colleen Kelly in the Strib, “The father of a gun-toting North Dakota student is calling for a school principal to be fired after the student’s senior photo was banned from publication in the yearbook. In the photo, Josh Renville, a senior at Fargo North High school, is pictured holding ‘his favorite’ rifle and wearing a shirt emblazoned with the stars and stripes.”

For the AP, Brian Bakst says, “A tipster who alerted a Minnesota government agency to potential fraud involving unemployment benefits sued Thursday after her identity was mistakenly revealed to the man she turned in, leaving her fearful for her safety. Michele Meier’s lawsuit against the Minnesota Department of Employment and Economic Development alleges a data breach put her and her child at risk of retaliation. According to the lawsuit filed in Ramsey County District Court, Meier shares a child with the man she accused of fraud and there has been a history of domestic violence in their relationship.”

Was there a terror alert out on this guy? Sam Louwagie of the St. Cloud Times reports, “A man led police on a chase driving more than 100 mph before admitting to drinking ‘28 to 34’ beers, according to criminal charges filed Tuesday in Stearns County Court. Darren Robert Oeltjen, 40, was charged with fleeing a police officer and driving while intoxicated Tuesday. … Oeltjen had been calling and texting an ex-girlfriend Saturday who had a harassment restraining order against him.”

At City Pages Michael Rietmulder adds a bit to the latest list proving how wonderful we are. “The stat pullers at financial website 24/7 Wall St. weighed several economic indicators, including median household income, poverty, and unemployment rates, and debt per capita to determine which states are the best managed. Fresh off the news of a $1.9 billion budget surplus, Minnesota checked in at No. 5. … While Minnesota’s is basically the Chuck Norris of economies (kicks copious amounts of ass), two of our neighbors actually fared better in the rankings. At No. 3, Iowa was two slots above Minnesota, as it’s apparently a good time to be in the corn, soybean, or hog businesses. But for the fourth straight year, North Dakota topped the list thanks to its plains being blessed with oil. Conversely, New Mexico, Rhode Island, and Mississippi were deemed the ‘worst run.’” Wisconsin? 26th.

You have to cover the cost of all those “donor lunches” and Waldorf Astoria hotel rooms somehow. Says Maura Lerner in the Strib, “After years with the lowest rates in the Big Ten, the University of Minnesota is considering raising tuition for nonresident students by $12,800, more than 60 percent, by the end of the decade. The proposal, unveiled Thursday by President Eric Kaler, would raise the tuition for out-of-state students (now $20,660) by $3,200 a year, or 15 percent, in each of the next four years. The total price for nonresidents, including tuition and fees, would ultimately rise from $22,260 this year to about $35,000 by the 2019-20 school year.”

For TIME, Lisa Lee Freeman has a list of how to save at Target. “Here are 10 easy ways to stretch your Target dollar big-time. Download the Cartwheel app. You can snag discounts up to 30 percent or more on a wide range of products, including clothes, food, cosmetics, cleaning supplies, toys, and electronics. Or scan products in the store to check for special deals. … Check out fan sites. Sites like AllThingsTarget.com and TotallyTarget.com will keep you up to date. Allthingstarget.com will even clue you in about opportunities to stack manufacturer and store coupons for huge savings.”

Also in the Strib, Keith Ellison is out of patience with the grand jury system. “When it was announced that the investigation into Jamar Clark’s homicide would proceed to a grand jury, I became concerned. Grand juries usually indict in regular criminal cases, but rarely in officer-involved shootings. … We have better options than a grand jury. The prosecutor could take responsibility for the charging decision and skip the grand jury. This approach offers accountability and transparency. California has ended grand juries for cases involving the use of deadly force by officers.”