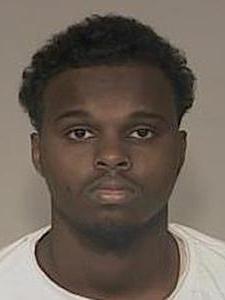 Terrorism charges against a Minnesotan. KSTP reports: “A 20-year-old Somali-American from Eagan was arrested by the FBI Wednesday night on charges of supplying material support to terrorists in Syria and Iraq, according to federal authorities and court documents. … Abdirizak Mohamed Warsame was taken into custody by agents without incident about 7 p.m. This is the 10th terrorism suspect arrested in the Twin Cities in the past two years. … Warsame aided several previously charged Twin Cities men in their attempts to leave the U.S. to fight for ISIS in Syria, according to a criminal complaint filed earlier Wednesday.”

Not clear this makes it that much better. The Pioneer Press’ Mara H. Gottfried and Sarah Horner report: “The 16-year-old at the center of a St. Paul high school assault is sorry a teacher was seriously injured, but he didn’t realize the person who restrained him from behind was a teacher, his mother said Wednesday. … Fon’Tae O’Bannon thought it was a fellow student and was trying to defend himself during a fight at the Central High School cafeteria Friday, said Venus Hall, the teen’s mother. … A juvenile petition filed Tuesday said O’Bannon picked up science teacher John Ekblad, ‘forcefully slam(med)’ him onto a chair and table, and choked him as he lay on the ground until he lost consciousness.”

Sorry Xers and millennials, those plum jobs aren’t going to be available for a while. The Department of Human Services has a new survey out: “Compared to years past, older Minnesotans are working longer, delaying retirement and escaping in fewer numbers to warmer climates during the winter. Those are among findings of the 2015 Survey of Older Minnesotans done by the Minnesota Board on Aging in partnership with the Minnesota Department of Human Services. The full report is posted on the Minnesota Board on Aging website.”

Not sure about the rest of these security measures, but we can definitely get behind a ban on selfie sticks. In the Pioneer Press, Chris Hewitt writes: “Beginning with last weekend’s New Standards concert at the State Theatre, all Hennepin Theatre Trust theaters began using metal-detecting wands and bag searches before allowing patrons to enter. Some previously allowed items are now prohibited from the theaters, including backpacks, large totes and selfie sticks.”

Turns out the career politician gig ain’t so bad: “Walker hints at run for a third term” [WISC-TV]

Things we learn: Cold Spring Brewing Co. was one of the first breweries to brew the misunderstood Billy Beer. [Jenny Berg]